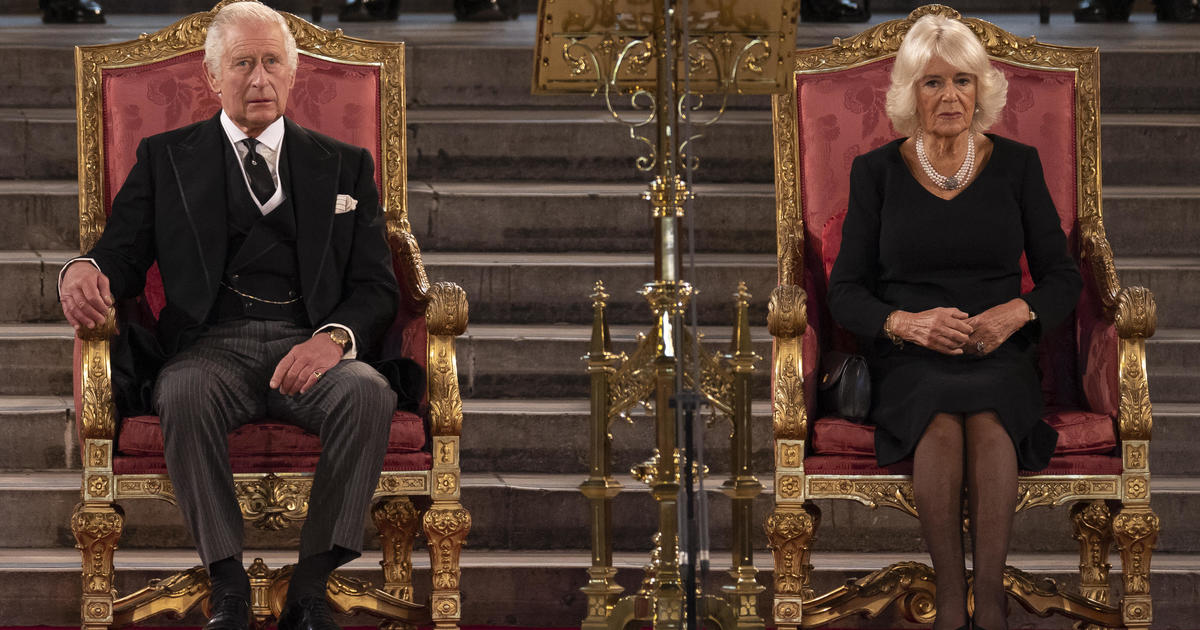 Britain continued its official period of mourning Monday, exactly one week before the state funeral of Queen Elizabeth II. A number of scheduled engagements were taking place around the country.

The two houses of the British Parliament came together Monday in London’s Westminster Hall for members to express their condolences directly to the new monarch, King Charles III, and his wife Queen Consort Camilla, on their personal loss.

“Parliament is the living and breathing instrument of our democracy,” the king told the gathered politicians. “While very young, her late majesty pledged herself to serve her country and her people and to maintain the precious principles of constitutional government which lie at the heart of our nation. This vow she kept with unsurpassed devotion. She set an example of selfless duty which, with God’s help and your counsels, I am resolved faithfully to follow.”

King Charles and Camilla then left London to fly to Edinburgh, the capital of Scotland, where the queen’s coffin arrived yesterday after a long journey by car from her highland estate in Balmoral.

Upon arriving, Charles will be given the ceremonial keys to the city at the Palace of Holyroodhouse, the royal palace in Edinburgh.

Queen Elizabeth’s coffin will be processed down the Royal Mile, a thoroughfare through the old city of Edinburgh, to St. Giles’ Cathedral. King Charles, along with other members of the royal family, will walk behind the coffin during the procession.

A service will then take place at St. Giles’ Cathedral to celebrate Queen Elizabeth’s life and her connection to Scotland.

The queen’s coffin will lie in state in St. Giles’ Cathedral for 24 hours, offering members of the public their first opportunity to visit and pay their respects in person.

After another motion of condolence is made by the Scottish Parliament, Queen Elizabeth’s children, including the king, will hold a vigil around her coffin Monday afternoon.