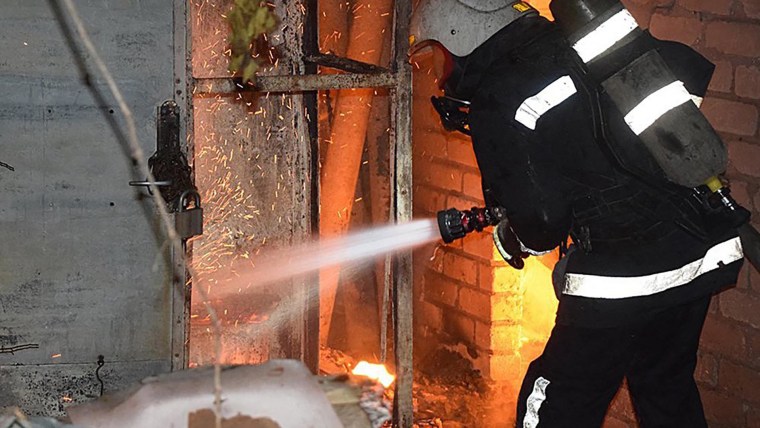 Lebanon, where the Razoni is headed, has been plagued by years of economic and political turmoil. On Sunday, a part of its grain silos damaged in the 2020 Beirut Port explosion collapsed, just days shy of the two-year anniversary of the devastating blast.

Before heading to Tripoli the ship will reach the Turkish city of Istanbul on Tuesday, where it will be inspected, Turkey’s defense ministry said. The country played a crucial role as mediator of the deal.

There was no immediate reaction from Moscow, although news of the ship’s departure was covered by Russian state media Monday, citing Ukrainian and Turkish officials.

“Progress in getting grain to feed millions around the world,” U.S. ambassador to Ukraine Bridget A. Brink said in a tweet marking the ship’s departure. But while it’s positive news, Brink said Moscow must end its assault on Ukrainians and their agricultural land.

The milestone departure comes as Russian forces continue to pound cities across Ukraine, threatening to upend the grain deal as they seek to press their offensive in the east and hold onto territory they’ve already seized in the south.

Ukrainian officials said a Russian strike on another major port city, Mykolaiv, killed one of the country’s agricultural tycoons, Oleksiy Vadatursky, and his wife on Sunday. Vadatursky was the founder of one of the largest Ukrainian agricultural companies, “Nibulon,” and one of the people that have helped guarantee the world’s food security, Ukrainian President Volodomyr Zelenskyy said in his address late Sunday, expressing condolences to his family.

Zelenskyy and ambassadors from the Group of Seven nations visited a port in the Odesa region last week where they observed ships being loaded with grain.

“It is important for us to remain the guarantor of global food security,” he said in a post on his Telegram channel. “While someone takes the lives of other countries while blocking the Black Sea, we allow them to survive.”

One of the world’s biggest grain exporters, Ukraine is known as “Europe’s bread basket” and supplies an average of 45 million tons of wheat globally annually, according to the U.N.

But the Russian invasion blocked shipments, sending the price of food soaring and the U.N. warned that shortages could push some countries to the edge of famine. Western leaders accused Russian President Vladimir Putin of using food as a weapon.

Hopes were raised last month when the two sides struck a deal in Istanbul to end the blockade and allow grain to be shipped. Brokered by the U.N. and Turkey, the deal allowed shipments of commercial food exports to resume out of three key Ukrainian ports on the Black Sea: Odesa, Chernomorsk and Yuzhny.

But less than 24 hours after the deal was signed, Russian missiles struck Odesa’s port. Zelenskyy slammed the attack, saying it proved Russia couldn’t be trusted to honor its international agreements.

But last Wednesday, the U.N. inaugurated a joint coordination center to oversee the implementation of the deal. Hosted in Istanbul, the center will be run by representatives from Turkey, Ukraine and Russia.

“I am hopeful that their swift collective action will translate quickly and directly into much-needed relief for the most vulnerable food insecure people around the world,” U.N. Humanitarian Affairs Coordinator Martin Griffiths said at the center’s launch.

The center will monitor the movement of commercial vessels carrying grain and related food commodities out of the Black Sea to ensure both sides comply with the agreement.

Boats carrying commercial food exports will be guided out of the Black Sea by Ukrainian pilot vessels to avoid sea mines, according to the U.N.

The center will also coordinate the inspection of the loading of grain at the three ports, as well as vessels entering the ports along the agreed shipping route.

On Monday, Secretary-General Antonio Guterres praised the center’s work to bring about the Razoni’s departure, and expressed hope that it will be the first of many more commercial ships to set sail, bringing “much-needed stability and relief to global food security especially in the most fragile humanitarian contexts.”