2 people removed from U.S. Open quarterfinals after one gave the other a haircut in the stands 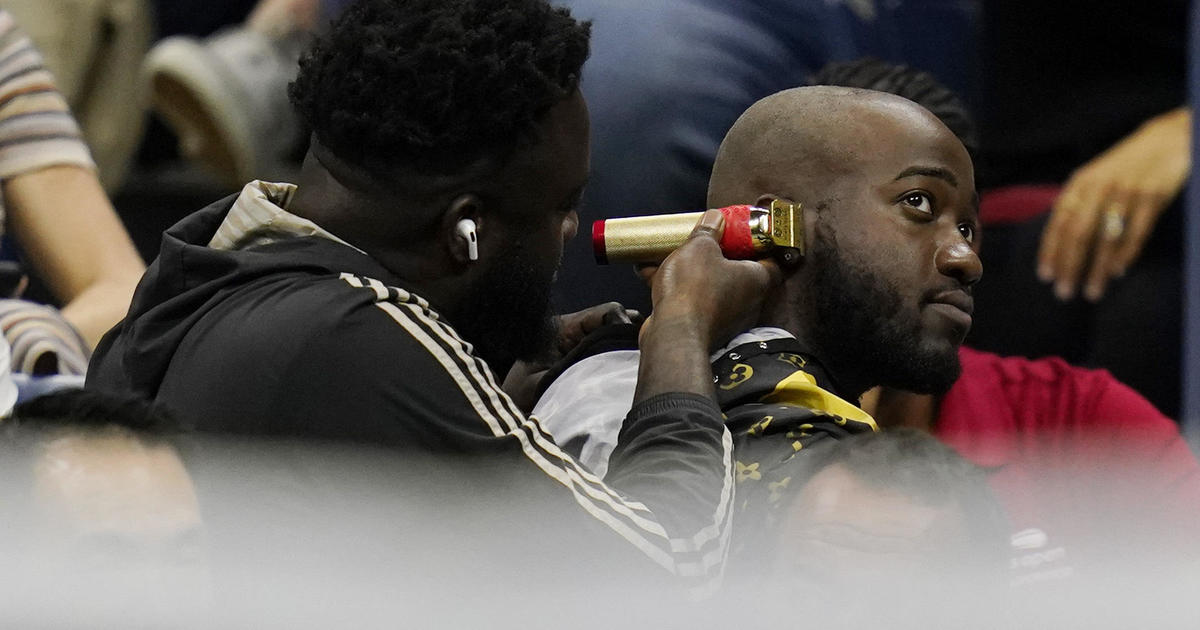 There was quite a “hairy” situation at the U.S. Open on Tuesday night, as two men’s stay in the Arthur Ashe Stadium seats was cut short after one buzzed the other’s head in the stands during the quarterfinals. They had clippers and the sort of cape a barber usually uses to keep a customer clean.

Tournament security removed the two from the match.

“When someone saw it, security went to the two individuals. They were escorted out of their seats and then off the grounds for disruption of play,” U.S. Tennis Association Brendan McIntyre said, adding: “There’s a first time time for anything.”

The incident came during the quarterfinal battle between Nick Kyrgios and Karen Khachanov, a more than three-hour long match that ended with Khachanov winning 7-5, 4-6, 7-5, 6-7, 6-4.

Kyrgios could not quite follow up his victory over defending champion Daniil Medvedev at Flushing Meadows, bowing out in a high-quality, topsy-turvy quarterfinal that began Tuesday night and concluded at about 1 a.m. Wednesday in Arthur Ashe Stadium.

Khachanov will face No. 5 Casper Ruud on Friday for a berth in the championship match.

In Wednesday’s quarterfinals, it’ll be No. 3 Carlos Alcaraz vs. No. 11 Jannik Sinner, and No. 9 Andrey Rublev vs. No. 22 Frances Tiafoe, who toppled Rafael Nadal in a stunning upset on Tuesday night.

None of the last eight men in the bracket has won a major title.