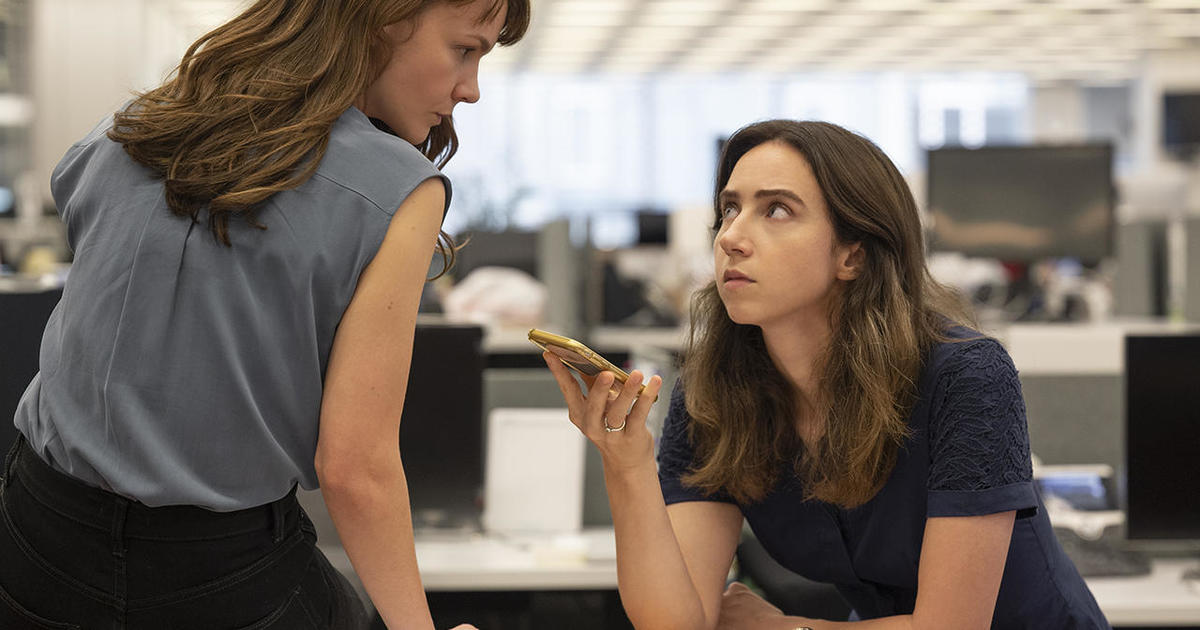 It’s one of the premiere offerings at this year’s festival, which concludes this weekend.

Of the festival entries screened at press time, here are a few of the most notable. (More highlights were featured in Part 1 of our coverage.)

Director Maria Schrader’s journalistic procedural is a monster film — the monster being a hugely successful and critically acclaimed film executive whose bullying, harassment and sexual abuse of actresses, assistants and film set workers was perpetuated by a system that enabled the abuse to continue through cash settlements and non-disclosure agreements. Harvey Weinstein’s terrorizing personality may have been an open secret among some in the Hollywood community, and it represented an attitude that certainly wasn’t exclusive to the film and television industry. But the fear that it engendered among the women he abused, those who witnessed it, and those who facilitated cash payments to keep the women’s stories secret, could not be quantified.

In 2017, New York Times investigative reporters Jodi Kantor and Megan Twohey began uncovering decades of harassment by Weinstein. But finding women who were willing to go on the record with their accounts — women who had already lost so much — was like pushing water uphill. As played by Zoe Kazan and Carey Mulligan, Kantor and Twohey’s commitment and tenacity in tracking down Weinstein’s victims, all while juggling children and family responsibilities, exposes so much more than one man’s immorality; it shines a light on how fear about speaking up was a corrupting force that itself protected and perpetuated the corruption.

And just as Kantor and Twohey were navigating new territory in their reporting, they were also learning how to cover such a sensitive story that left people professionally and psychically broken. As good as Kazan and Mulligan are as the young reporters, the most memorable performances are by Jennifer Ehle, as a former Weinstein employee who recounts his hotel room assault; and Samantha Morton, as Weinstein assistant Zelda Perkins, who stood up to the abuse she witnessed and was subsequently strait-jacketed by an NDA so secretive she wasn’t even allowed to keep a copy of it herself. Once just one woman agreed to go on the record — actress Ashley Judd (played by herself) — the dam broke.

Shrader’s film owes a lot to similar stories extolling the work of investigative journalists, in particular “All the President’s Men” and “Spotlight,” and how they overcome resistance from wounded victims and cagey attorneys, as well as the competitive pressures from other news outlets sniffing out the same territory. Here, Kantor and Twohey persisted. As a result, they shared a Pulitzer Prize for their coverage, and helped launch the #MeToo movement that rewrote (somewhat) the rules by which Hollywood goes about its business. Meanwhile, Weinstein awaits trial in Los Angeles, after a New York jury convicted him in 2020 of felony sex crime and rape. Screenplay by Rebecca Lenkiewicz (“Ida”). Screens October 14, 15, 16.  Opens in theaters November 18. A Universal Pictures release.

Director Marie Kreutzer’s biopic about Empress Elizabeth, of the late 19th century Austro-Hungarian Empire, is filled with anachronisms: musicians serenade royalty with songs by Kris Kristofferson and The Rolling Stones; a motion picture camera captures subjects at least a decade before it was invented; heroin is prescribed. But as played by a terrific Vicky Krieps (“Phantom Thread”), Elizabeth was something of an anachronism herself, a woman who pushed back against the dictates of her royal position in the 1870s in a manner that feels familiar to those who followed the constrained life of Princess Diana.

Fabled for her beauty, her resistance to adhering to courtly decorum, her personal habits (smoking cigarettes and injecting drugs), her relationships with men who were not her husband, and her eating disorders (not to mention her annoyance with the tabloid press chiming in about her weight), Elizabeth feels remarkably modern, testing the limits on her power — including fealty to her husband, the Emperor — impressed upon her because of her sex. She had opinions about matters of state, and didn’t feel obligated to hide them. The ever-tighter pulls on the laces on her corset may have simply strengthened her resolve to shed such confines.

The film isn’t totally historically accurate, but however austere, it presents Elizabeth’s melancholy as engaging and vivid — a challenge posed to her Emperor, and her subjects, that warns the Age of Empires it has to make way for a new era. It’s a leap, not of faith, but of desperation. Screens October 16.  Opens in theaters December 23. An IFC Films release.

Spanish filmmaker Carla Simón’s last film, “Summer 1993,” was a touching autobiographical tale of a child losing her mother in the AIDS epidemic, who must reshape her world after being taken in by her aunt and uncle, reconstructing all of their lives due to the tragic circumstances. Simon sets her latest film in the present, and features a Catalonian family facing a perilous, unknowable future.

After farming a patch of land for generations, the Solé family learns that their landlord is inclined to kick them out, replacing the orchards of peach trees with solar panels, in order to harvest the sun. As farmers protest inadequate prices, forcing many family farms to sell off their land, Quimet (Jordi Pujol Dolcet), a hot-headed husband and father who resists change, finds himself with no options, and toils to extract what harvest he can in the few remaining months, as family members plot to engage with the “enemy.”

With teenage children whose own futures are unclear, a mother whose patience with her husband wears thin, and a grandfather whose estimation of loyalty and honor seems sadly outdated, the film is an affecting family drama, cast with non-professional actors, whose low-key presentation masks a real gut-punch message: in today’s society, even honored traditions have an expiration date. Winner of the top prize at this year’s Berlinale Festival, and Spain’s official submission to the 2023 Academy Awards. In Catalan with English subtitles. Screens October 15.  Opens in U.S. theaters in early 2023. A MUBI release.

Kelly Reichardt is a filmmaker masterfully attuned to dramatizing the fragile dynamics among characters whose aspirations may play out in a minor key. She’s worked her gifts in such affecting personal dramas as “Wendy and Lucy,” “Meek’s Cutoff,” “Certain Women,” and “First Cow.”

In her moving comic-drama “Showing Up,” Reichardt directs her frequent collaborator Michelle Williams, here playing a sculptor whose dogged efforts to finish pieces for an upcoming solo exhibition are constantly sidetracked by crises big and small, whether it’s a broken water heater that her landlord avoids fixing, or attending to her problematic family, to tending a bird that is injured in an attack by her cat. Williams’ hang-dog expression and posture may suggest defeat, even the anticipation of failure, but she soldiers on amid quiet chaos, in a performance that pays tribute to working artists whose careers may be their only rewards.

Reichardt shot the film at a Portland, Oregon, art college that was shutting its doors, and populated it with artists whose quirky pieces of physical and performance art may look trapped inside a bubble. But as Williams’ excellent performance makes clear, the purest creative impulse may just be insular, with no need of an audience’s response — just a kiln to make it palpable, even slightly singed, in your own hands. Screens October 16.  Release date to be announced. A A24 release.

In this documentary from screenwriter and director James Ivory (an Oscar-winner for such films as “A Room With a View,” “Howards End,” “Maurice” and “Call Me By Your Name”), the 94-year-old traces his maturation through the lens of a life-changing event: A 1960 trip to Afghanistan to photograph daily life in Kabul.

Ivory’s account of his youth, as an artist and as a closeted gay man, is accentuated by the mesmerizing color footage of Afghanistan that has been locked inside film cans for 60 years, unleashing memories of his travels that underscore both his quest to live an artistic life and his role as an outsider, seeking an alternative to the repressed upbringing he experienced in Oregon.

The festival runs through October 16 at Lincoln Center, and at partner venues in Staten Island (Alamo Drafthouse), Brooklyn (BAM), the Bronx (Bronx Museum of the Arts), Harlem (Maysles Documentary Center), and Queens (Museum of the Moving Image).

David Morgan is a senior editor at CBSNews.com and cbssundaymorning.com.