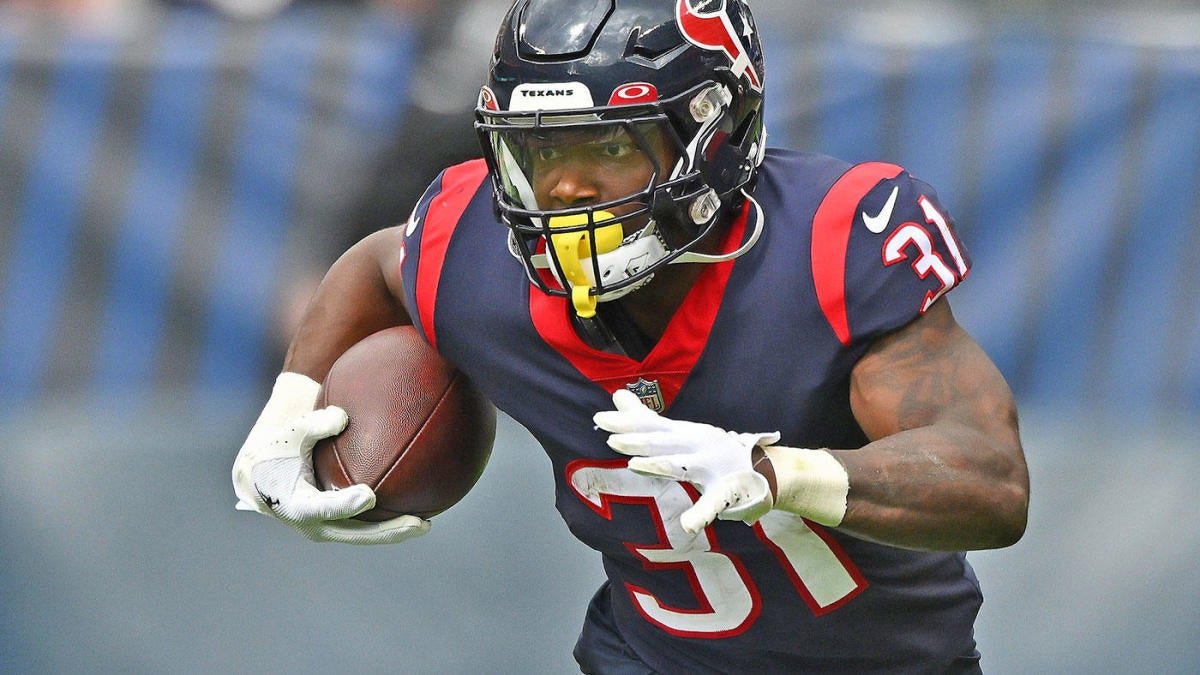 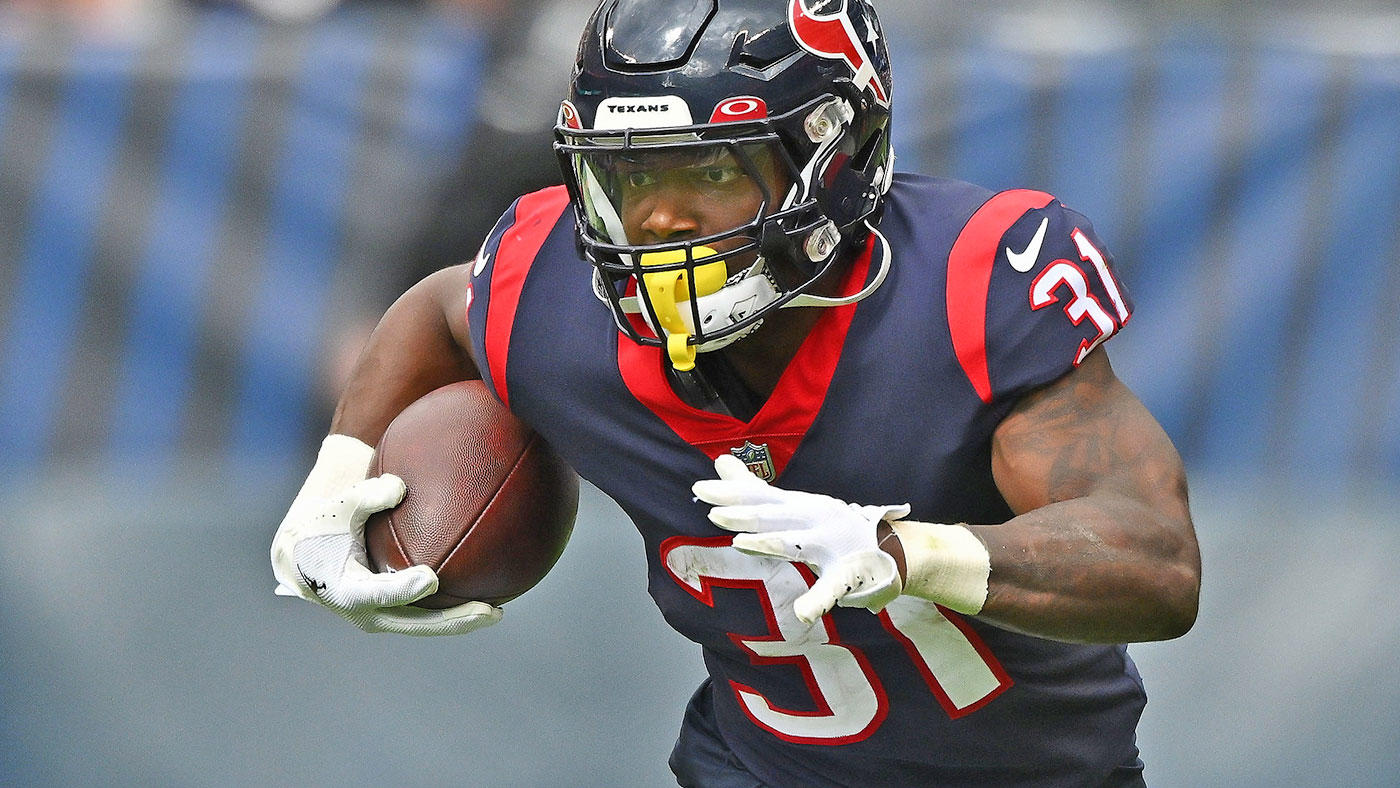 Opinions leading up to the NFL Draft are a dime a dozen but destination and situation play a big part in how a player is viewed both in the short and long term. Raiders third-round selection Dylan Parham playing early does not mean he will be a better player than Eagles third-round selection Cam Jurgens, who is backing up Jason Kelce. Would Packers fourth-round wide receiver selection Romeo Doubs be as productive had he been playing with a less prestigious quarterback? Midway through the season, CBSSports.com explores some of the best value additions from the 2022 NFL Draft. One qualification is that each player must be drafted on Day 3, or later in one case.

Before getting started, there was reason to discuss a few other players. Giants tight end Daniel Bellinger was playing well before sustaining an eye injury. His missed time is the reason for his exclusion. Jets edge rusher Micheal Clemons has fulfilled his role as a part of that rotation. He would be a name to watch during the second half of the season.

Full disclosure, Woolen is a player that I missed on — as did most of the NFL apparently — during the pre-draft process. He is an athletically gifted player but tall, high-waisted cornerbacks often face steeper odds of being successful. He has overcome those odds and is second in the NFL with four interceptions.

The Seahawks were the only team in which I did not list a ‘most questionable pick’ following the draft because general manager John Schneider did such a great job adding value. Seattle has a 6-3 record and leads the NFC West because of its talented rookie class.

Pierce has been a bit of a slow burn this season but last weekend against Philadelphia was his finest performance. He showed good vision, patience and an ability to change direction quickly to exploit a very talented defensive front. His stock has come a long way since Houston trotted out Rex Burkhead as the lead back in Week 1. It also makes Florida’s decision to give him just 9.2 touches per game last season all that more confusing. He should be a core piece of the Texans’ rebuild accelerated with two first-round picks as part of the 2023 NFL Draft.

Pierce pushes forward the narrative that running backs in the 220-pound range are finding the most success in the NFL.

Kohou is the only player on the list that I did not study as part of the draft but that does not make his accomplishments any less impressive. He has shown the versatility to play on the boundary and in the slot as the team has needed him. Kohou has 14 forced incompletions, according to TruMedia, and has allowed 279 yards. His most important contributions have been made in space. There is a pandemic of poor secondary tackling but Kohou has shown a willingness to make plays in the flat. His five missed tackles are equal to Xavien Howard, Patrick Surtain II, Marlon Humphrey and others.

Jones is beaten just 3.7% of the time, according to TruMedia, which ranks No. 80 among all players with at least 200 pass-blocking snaps. The offensive scheme certainly helps mask some of his deficiencies but Jones has done a good job sealing run lanes and blocking in space. It is difficult for offensive linemen to make the transition to the NFL and Chicago may have found a long-term starter in the fifth round; a common occurrence for Green Bay, which had employed offensive coordinator from 2019-2021.

Jones is PFF’s highest-ranked cornerback with an 86.9 grade. As a former 5-star recruit, he signed with USC out of high school, played as a true freshman and started as a true sophomore. Off-field issues led him to transfer to a junior college and ultimately Arizona State.

Bill Belichick has a history of finding secondary contributors on Day 2 of the NFL Draft and beyond. Jones is his latest find. He has already proven to be a playmaker with two interceptions, one forced fumble and one fumble recovery. His speed and athleticism have always been that of a high-end talent.

Salyer was projected as an interior player leading up to the draft but has performed well when called into service at left tackle. When news of Rashawn Slater being out for the season came down, most deemed it the end of Los Angeles’ season. The ex-Georgia Bulldog has been a pleasant surprise earning a long-term role on that offensive line. When Slater returns, Salyer could theoretically be the long-term right tackle or slide inside as originally intended.

Zappe has played in four games for the Patriots. He performed well in about three-and-a-quarter games. His inclusion on this list is almost strictly positional value. It is difficult to find quality quarterback play and it appears New England landed a backup, if nothing else, on Day 3. The Western Kentucky product, by way of Houston Baptist, has completed 70.7% of his passes for 781 yards, five touchdowns and three interceptions.

Baltimore’s Mark Andrews is going to engulf targets like a black holes so there is not much of an opportunity for other tight ends on the roster to make a statistical impact. Andrews leads the team with 42 receptions and Likely has 17 of 23 receptions to other tight ends. Andrews missed Monday night’s victory over the Saints and Likely secured his second touchdown in as many games. Baltimore likes to line him up in the backfield and use him as a blocker, in addition to flaring him out in the pass game.

Doubs is theoretically aided by having Aaron Rodgers at quarterback but he was the early-season darling of many. Doubs was more productive than the team’s second-round choice, Christian Watson, and some of the returning players. However, he is not free of blame. Rodgers has thrown Doubs and others under the bus by saying the team is making too many mental mistakes and some should not be playing as a result. It could be a motivational tactic but the tone is different than the season Rodgers urged everyone to R-E-L-A-X. With that being said, Doubs and others are probably being held to a higher standard because of the quarterback and team’s slowly closing window.

Tom was ranked No. 79 overall on my personal pre-draft board. He has served as a valuable rotational player for the Green Bay offensive line. Swing tackle is a phrase commonly used to refer to a reserve capable of playing both left and right tackle. Tom is a utility player who has played snaps at left tackle, left guard and right guard this season. He has allowed just one sack out of 195 snaps played. It is unclear where he fits long term but every team in the league would like to have a player like Tom and the Packers found him in the fourth round.