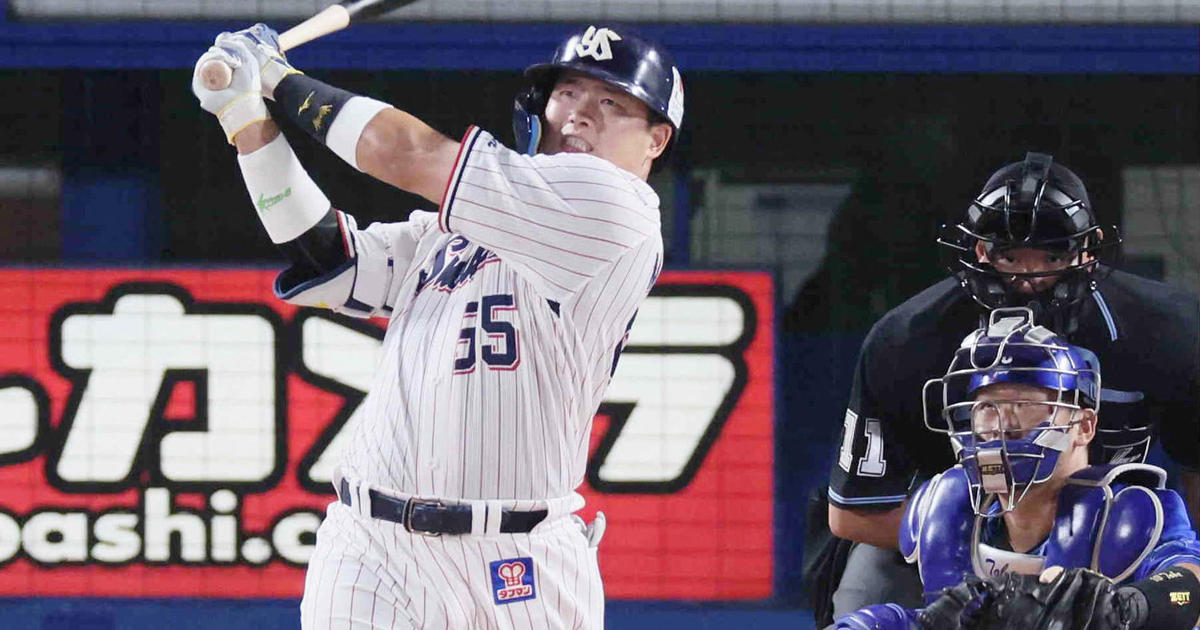 In a season of home run milestones in American baseball by Albert Pujols and Aaron Judge, 22-year-old Japanese slugger Munetaka Murakami has also gotten into the act. Murakami now holds the record for most home runs in a season by a Japanese-born player in Nippon Professional Baseball.

Murakami, playing for the Tokyo-based Yakult Swallows, hit his 56th home run of the season on Monday, pushing him alone into second place on the single-season list. It was the Swallows’ last regular-season game.

The hit came in the seventh inning against the DeNA Bay Stars at the Swallows’ Jingu Stadium.

Murakami passed Japan’s career home run leader Sadaharu Oh, as well as Tuffy Rhodes and Alex Cabrera, who all hit 55 in a season.

Wladimir Balentien, who was born in Curacao and previously played for the Seattle Mariners and Cincinnati Reds, holds the Nippon Professional Baseball’s record of 60 home runs in a season, which he set with the Swallows in 2013.

Oh hit 55 home runs for the Yomiuri Giants in 1964, Rhodes did it with the Kintetsu Buffaloes in 2001, and Cabrera matched it with the Seibu Lions in 2002.

Will Murakami ever play in the United States? As CBS Sports noted in August: “For those wondering, it’s unclear if Murakami harbors any aspirations of playing in America someday. It is worth noting that MLB’s rules governing international free agents would restrict him from earning his market value (he’s younger than 25 years old and he has fewer than six years of professional experience), suggesting he wouldn’t be a candidate to come over anytime soon regardless of his intent.”