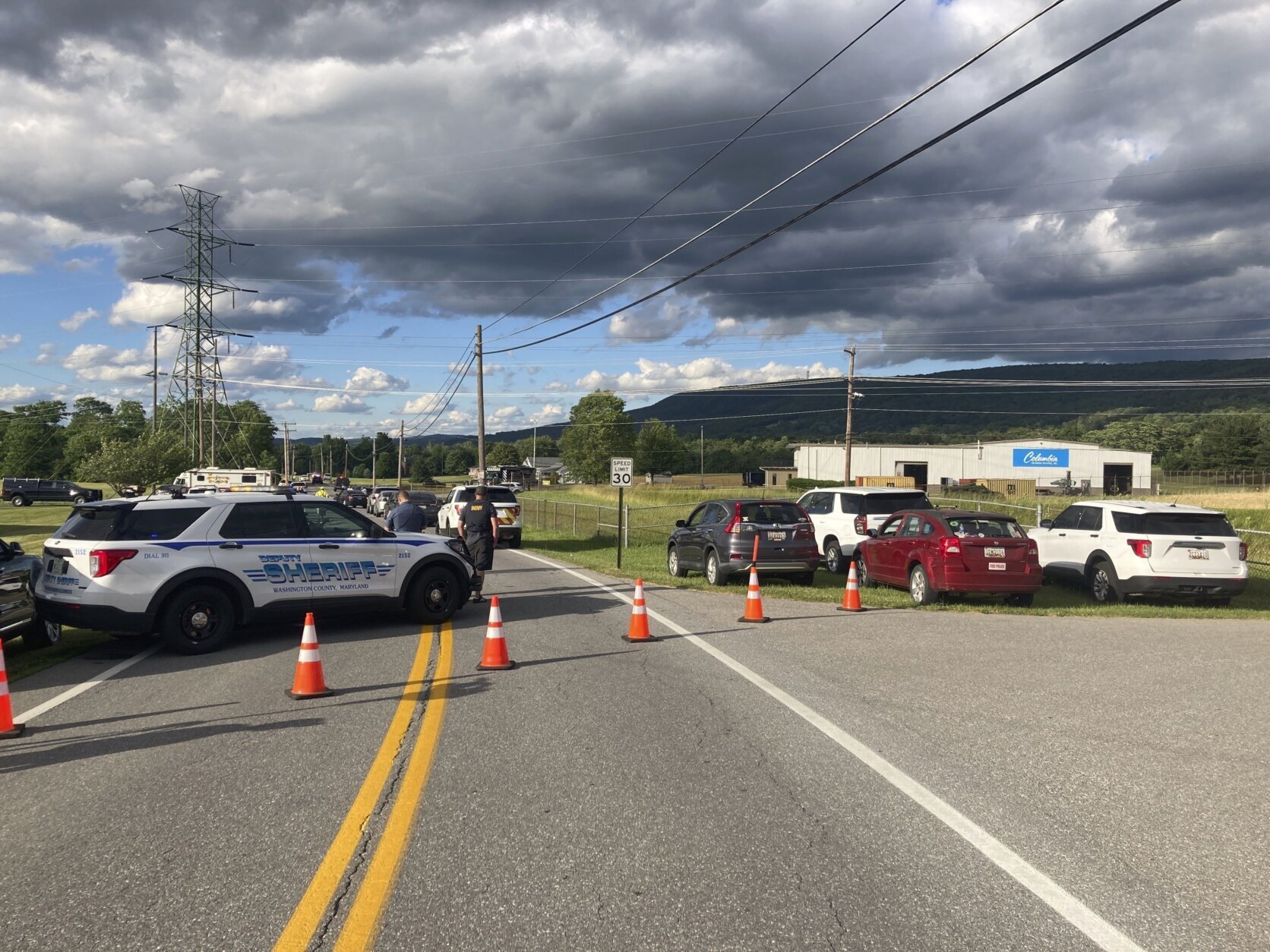 Deputies found three victims dead at the scene, sheriff’s office spokeswoman Sgt. Carly Hose said at a news briefing. One additional victim was transported to a hospital in critical condition.

Three people are dead and another seriously injured after a shooting at a machine shop near Smithsburg, Maryland, on Thursday afternoon.

The Washington County Sheriff’s Office said deputies responded around 2:30 p.m. Thursday for reports of an active shooter at Columbia Machine, a manufacturing facility on the 12900 block of Bikle Road.

They found three victims dead at the scene, sheriff’s office spokeswoman Sgt. Carly Hose said at a news briefing. One additional victim was transported to a hospital in critical condition.

In a later news conference Thursday night, Washington County Sheriff Douglas Mullendore identified the victims who were killed as Mark Alan Frey, 50; Charles Edward Minnick Jr., 31; and Joshua Robert Wallace, 30. The injured victim has been identified as Brandon Chase Michael, 42. Mullendore said the victims and the suspect worked at the facility.

Mullendore did not identify the suspect but said that he was a 23-year-old man who lives in West Virginia. The suspect’s name will be withheld as criminal charges are being prepared.

A male suspect fled the scene by car before deputies arrived, the sheriff’s office said. A vehicle description was circulated among nearby law enforcement, and a Maryland State Police encountered him a short time later at a roundabout on Md. Route 66/Maplesville Road and Mount Aetna Road — about 5 miles from the initial shooting.

Bill Dofflemyer with Maryland State Police said three troopers encountered the suspect and when they tried to stop him, he immediately started firing at the police. The troopers returned fire and in the exchange, the suspect was struck and so was one trooper.

“We’re still working with sheriff’s office on what happened and why it kept escalating,” Dofflemyer told reporters.

Gunfire could be heard ringing out on eyewitness footage posted to social media. Mullendore said the suspect used a semiautomatic handgun, which was recovered after the shootout. He declined to specify the caliber or model.

Both the trooper and the suspect were taken to a hospital. Maryland State Police said in a release late Thursday night that the injured trooper — a 15-year veteran of the department — was released after receiving treatment.

Rep. David Trone, who represents Maryland’s 6th congressional district, referred to the incident on Twitter as a “mass shooting” and urge residents to avoid the scene.

We are actively monitoring the mass shooting in #Smithsburg right now, and our office is in contact with officials on the ground. If you’re local, please stay away from the area as law enforcement responds.

U.S. Sen. Chris Van Hollen, a Maryland Democrat, lamented the loss of life in his state so soon after other recent shootings and vowed action.

“Today’s horrific shooting comes as our state and nation have witnessed tragedy after tragedy, and it’s got to stop,” he said in a statement. “We must act to address the mass shootings and daily toll of gun violence on our communities.”

Smithsburg, a community of nearly 3,000 people, is just west of the Camp David presidential retreat and about 75 miles (120 kilometers) northwest of Baltimore. The manufacturing facility was in a sparsely populated area northeast of the town’s center with a church, several businesses and farmland nearby.

WTOP’s Abigail Constantino and the Associated Press contributed to this report.

Get breaking news and daily headlines delivered to your email inbox by signing up here.

© 2022 WTOP. All Rights Reserved. This website is not intended for users located within the European Economic Area.