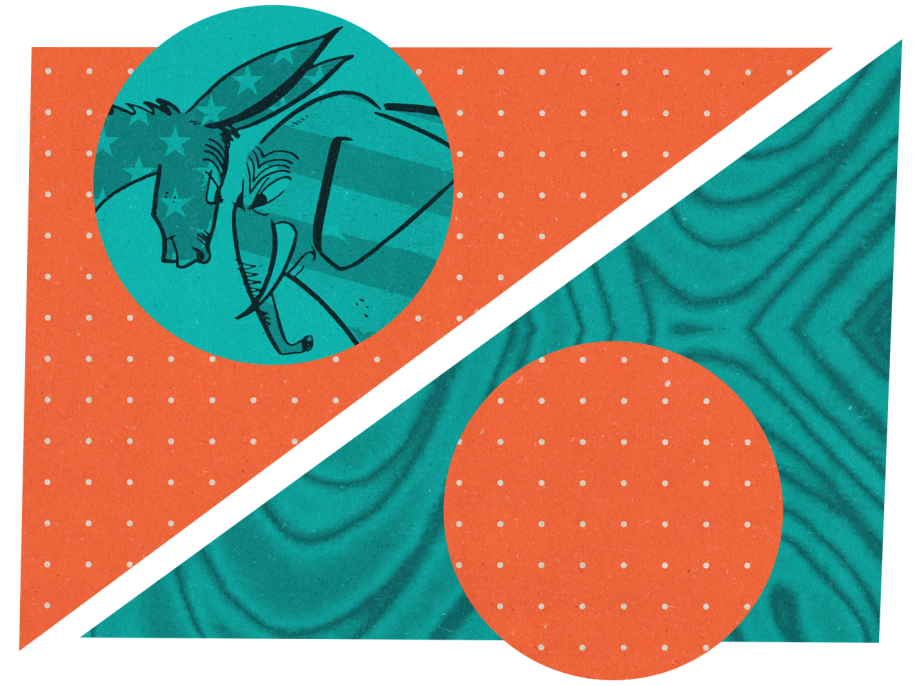 Political division has been on the rise for years in the U.S. The gap between the two parties has only grown more sharply in Congress, while the share of Americans who interact with people from the other party has plummeted. Furthermore, many Americans only read news or get information from sources that align with their political beliefs, which exacerbates fundamental disagreements about the basic facts of many political problems.

In other words, hatred — specifically, hatred of the other party — increasingly defines our politics.

It’s hard to overstate how dire the situation is because it’s been this way for a while. It’s something, too, that everyday Americans are feeling — and are worried about. “American citizens are growing more extreme and isolated in their political views,” said a white woman in her mid-30s from Wisconsin who identified as a Democrat. “No one can respect each other’s opinions and try to work together in a peaceful way,” said a Republican Hispanic man from California in his mid-20s. “Individuals and the media hard-sell their own views with no understanding or attempted understanding of other viewpoints,” said an independent Black woman from Texas in her mid-60s.

Polarization and extremism ranked third across a list of 20 issues that we asked about in the latest FiveThirtyEight/Ipsos poll, which was conducted from May 26 to June 6. Using Ipsos’s KnowledgePanel, we interviewed the same 2,000 or so Americans from our previous survey, and of the 1,691 adults who responded, 28 percent named “political extremism or polarization” as one of the most important issues facing the country, trailing only “inflation or increasing costs” and “crime or gun violence,” the latter of which surged in the aftermath of mass shootings in Buffalo, New York, and Uvalde, Texas.

Americans typically have not ranked polarization or extremism as a top concern. Historically, concerns around the economy or fear of military conflict have loomed the largest in American minds. But over the past decade, Gallup has seen a larger share of people cite dissatisfaction with the government or poor leadership as the nation’s top issue, reaching record highs in recent years. This is similar to what we found in our survey, too. Almost 3 in 10 Americans said they were worried about extremism and polarization, which is essentially unchanged from our poll last month.

Democrats were the most likely to name polarization or extremism as a top worry, at 33 percent, but independents and Republicans weren’t too far behind at 28 percent and 23 percent, respectively. This does seem, though, to be an issue that Americans who are more politically engaged care about. For instance, 38 percent of likely voters named it as a top concern, compared with 28 percent overall, which marked the largest gap between likely voters and Americans as a whole on any issue we measured.

How Americans define “polarization” varies. Some spoke of the inability of the two major parties to compromise, while others blamed political leaders or the other party. But overall, regardless of how they identified politically, most Americans blamed elites for America’s divides. Sixty-four percent said they felt political polarization is mostly driven by political and social elites, compared with only 11 percent who thought it had more to do with how ordinary Americans think and behave. “Both political parties have moved way to the outside, and there’s no center pole for people to meet at,” said Sandra O’Kay, an elderly woman from Virginia who identified as an independent. “Congress is not making the rules. They’re just fighting one another.” 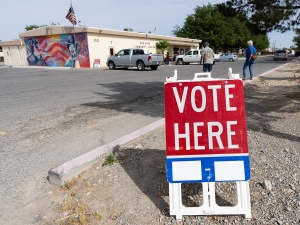 And when we asked about what specific groups or ideas might be driving polarization, there was also a fair amount of consensus on the four leading contributors: politicians, wealthy donors, social media companies and mainstream media outlets. After that, though, agreement broke down, and there were some stark differences across party lines.

The biggest splits by party came over the role of conservative media outlets, religion and religious leaders. Nearly two-thirds of Americans thought conservative media had a “major” or “significant” impact on political division. However, as you can see in the chart above, this was strongly split along party lines. Eighty-one percent of Democrats said this, compared with only 48 percent of Republicans, while independents echoed where Americans fell overall. Democrats were also more likely to say that religion or religious leaders were major drivers of polarization, which probably reflects the fact that Democrats are much more likely to be religiously unaffiliated than Republicans.

There were also smaller but still noticeable splits over the role racism, capitalism and wealth inequality play in stoking division. For instance, solid majorities of both Democrats and Republicans said that they felt that racism had had a major or significant impact on polarization, with 82 percent of Democrats and 62 percent of Republicans answering that way. However, given that Republicans and Democrats view discrimination very differently, they likely answered this way for very different reasons. Meanwhile, Democrats were likelier to blame wealth inequality and capitalism than were Republicans.

Some of this disagreement on what’s driving polarization likely reflects just how far apart the two parties are on a variety of issues; however, even where there are stark disagreements, those differences are often still overstated. We asked respondents in our survey whether they agreed with five statements that we thought were polarizing, and to guess how members of the other party would respond.

The disconnect between Democrats and Republicans over race and racism is further exemplified by their vastly different responses to Republican South Carolina Sen. Tim Scott’s statement, “America is not a racist country. It’s wrong to try to use our painful past to dishonestly shut down debates in the present.” In our survey, we asked respondents to score eight public statements on whether they represented an extreme or non-extreme viewpoint, and when they were asked to rate Scott’s anonymized quote as “extreme” or “not extreme,” almost three in four Democrats said that it was extreme, as opposed to just 34 percent of Republicans.

These partisan differences are in part related to the ethnic diversity of Democrats, as Black and Hispanic Americans account for a larger portion of the Democratic Party than the Republican Party. Tellingly, respondents’ answers also varied by race or ethnicity, with nearly three-quarters of Black Americans and 57 percent of Hispanic Americans finding the statement extreme, compared to 48 percent of white Americans.

Suffice it to say, there are real differences between the two parties, but most Americans (62 percent) still want the U.S. to actively reduce political polarization. Only 9 percent think that the U.S. should let things be. But as our poll shows time and time again, many Americans don’t think political leaders and elites represent their interests. “I feel like I have to just kind of read up on what people are saying and what people are doing and try to figure out who’s the least extreme, who I side with. [To make the U.S. less polarized,] I think [we need] cooperation and collaboration between everybody, politicians and people in general,” said Sara from Alabama.

It’s evident, too, that polarization is weighing heavily on many Americans, as it’s hard to see a way out of our current partisan gridlock. “I think things have to hit such a dark, grizzly, rock-bottom state,” said Randal Strauss, a 55-year old independent man from Nebraska. “Where people think, hey, something’s got to change.”