A Chess Champion’s Warning About Ukraine and U.S. Democracy 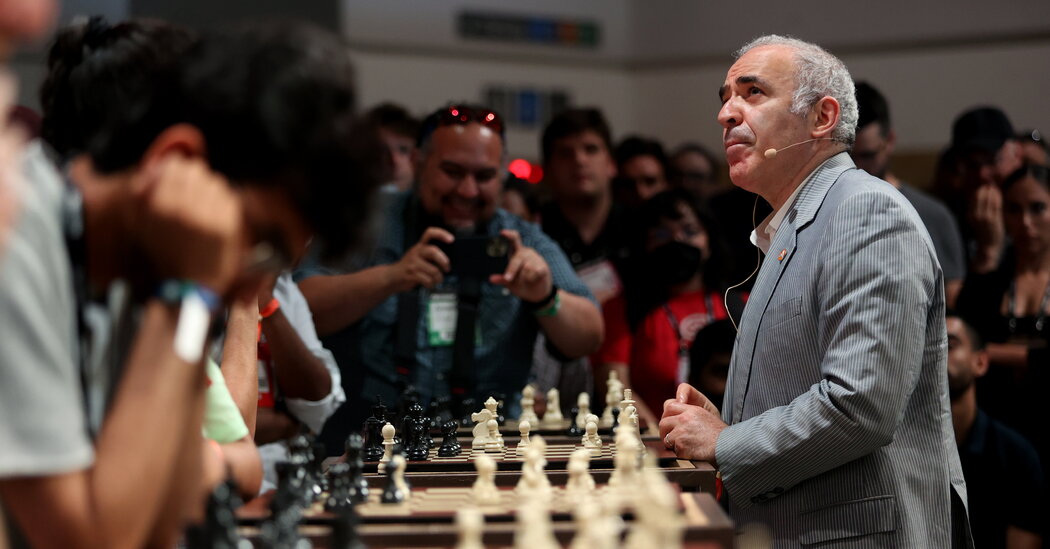 His organization, the Renew Democracy Initiative, has already distributed about $4 million in humanitarian aid in Ukraine, and is in the early stages of a multimillion-dollar communications campaign to buck up support for the war in the United States and Europe. Western leaders should push to end the conflict as soon as possible, Kasparov argues, by giving Ukraine the heavy weapons its leaders say they need.

“We’re fighting the devil right now,” said Hennadii Nadolenko, an adviser to the Ukrainian minister of foreign affairs who has worked with Kasparov’s group to brief Americans on the war. “Without U.S. help, we couldn’t survive.”

Last year, Renew Democracy teamed up with CNN on “Voices of Freedom,” an editorial series that involved dissidents from around the world telling their stories. The group also organized an open letter, signed by 52 dissidents from 28 countries, warning that “to win the global fight against authoritarianism, America must once again believe in and live up to its own values.”

A green-card holder with a Croatian passport, Kasparov said that he and other dissidents had an “objective” vantage point on U.S. democracy that gave them the credibility to speak difficult truths.

When we talked, Kasparov was feuding online with Elon Musk, the Tesla founder. On Monday, Musk floated a 280-character proposal to end the war in Ukraine that, to Kasparov, seemed too friendly to the Kremlin. He called Musk’s proposal “moral idiocy.”

The exchange was typical of two Kasparov traits: A combative polemical style and a conviction in the righteousness of his own beliefs. His frank criticism of six U.S. presidents, Barack Obama and Donald Trump included, has at times alienated one side or another. But that, he said, had only reinforced his concerns about political polarization.

Kasparov’s response to Americans of all stripes is that although their democracy may be teetering, it’s still a beacon of hope to millions around the world. And as the war in Ukraine shows, maintaining it requires constant vigilance.