A Major Hurricane Has Not Hit Tampa for Over 100 Years 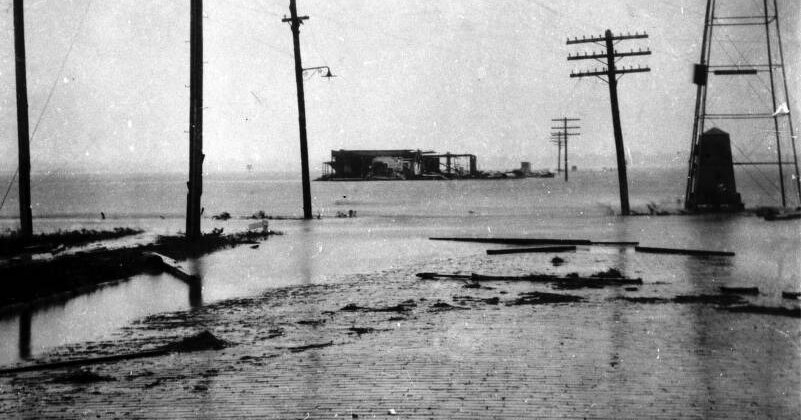 Hurricanes are a way of life in Florida, but a major one has not hit the Tampa Bay area in more than a hundred years.

A hundred and one, to be precise.

In October 1921, a hurricane that slammed into southwest Florida sent coastal waters rising by up to 11 feet, killing at least eight people, causing widespread destruction and flooding parts of downtown Tampa, according to the National Weather Service.

The Tampa/Tarpon Springs Hurricane, as the storm is known, made landfall on Oct. 25 with winds of about 120 miles per hour, a velocity that would have made it a Category 3 storm on the Saffir-Simpson wind scale that is now used widely to measure Atlantic hurricanes. (The scale defines “major” hurricanes as Category 3 or higher.)

The 1921 storm, the most destructive to hit the Tampa area since 1848, was so powerful that it wrecked coastal structures for miles and smashed ships against docks after pulling them off their moorings. Most of the eight deaths attributed to the storm were drownings caused by extra water pushed toward shore, the Weather Service said in a 2013 video.

More recent storms have caused extensive damage in southwest Florida, including Hurricane Charley of 2004, which made landfall with winds of 145 miles an hour but spared the Tampa Bay area.

But the 1921 storm remains the primary case study for forecasters who want to understand “more or less the worst case scenario” for Tampa, said Austen Flannery, a meteorologist at the National Weather Service office in the city.

“Obviously there was a lot of significant impacts from flooding and storm surge, and it showed how vulnerable the region is,” Mr. Flannery said by phone before dawn on Tuesday morning.

“That does certainly drive a lot of the planning for today, in terms of how to better prepare,” he added.

But planning for storms in Tampa is challenging because the city’s geography — beaches that slope into a shallow seafloor — makes it especially vulnerable to storm surges. Some of the city’s urban areas also sit in areas that were ravaged by the 1921 storm, according to the Weather Service.

The National Hurricane Center said early Tuesday that Tampa Bay was among the coastal areas of southwest Florida that could see five to 10 feet of extra water from rising seas as Ian drew near. A storm surge warning was in effect for Tampa, signaling a danger of life-threatening inundation, and many residents along the edges of the bay were busy evacuating.