A News Anchor Had Stroke Symptoms on Air. Her Colleagues Jumped Into Action. 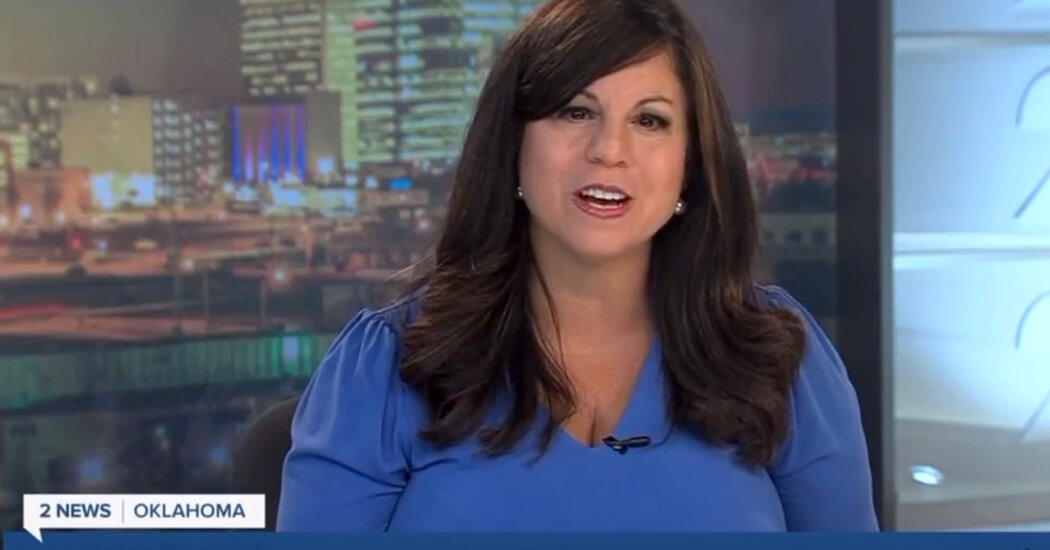 Julie Chin, a television news anchor in Oklahoma, was telling viewers about a local event connected to the now scrubbed launch of the Artemis I rocket over the weekend when, all of a sudden, she was struggling to speak.

“I’m sorry,” Ms. Chin said after stumbling over her words. “Something is going on with me this morning, and I apologize to everybody.”

Fortunately her co-workers recognized that Ms. Chin was suffering a medical emergency and immediately called 911. Their swift actions turned out to be critical as the TV anchor experienced what doctors later said were most likely “the beginnings of a stroke,” according to a Facebook post by Ms. Chin.

“If you were watching Saturday morning, you know how desperately I tried to steer the show forward,’’ she said in the post, “but the words just wouldn’t come.”

Each year, more than 795,000 people in the United States have a stroke, which means that someone experiences one about every 40 seconds and someone dies from one about every three and a half minutes, according to the Centers for Disease Control and Prevention. Strokes are most prominent among people who are 65 and older, but at least 38 percent of people younger than that experience strokes.

Ms. Chin, an anchor for KJRH, the NBC affiliate in Tulsa, said that as she worked to have the cameras cut away from her and to the station’s meteorologist instead, she experienced sudden partial vision loss and numbness in her arm and hand — which are two key symptoms of a stroke. She said she had been feeling “great” before the show.

Dr. Neil Schwartz, director of the Young Stroke Program at the Stanford Stroke Center, said in an interview that Ms. Chin might have experienced a transient ischemic attack, which can mimic a stroke. With the T.I.A., as it is called, the blood flow is restored to the brain more quickly, often preventing the kind of brain injury that could occur from a stroke. It’s difficult to pinpoint exactly how many people are diagnosed with T.I.A each year, Dr. Schwartz said, because there is no definitive test for it.

“We consider T.I.A. a medical emergency just like we would in a stroke,” Dr. Schwartz said. “It gives doctors the possibility of intervening before somebody would actually develop a stroke.”

He applauded Ms. Chin for seeking medical help as quickly as she did. With a stroke, Dr. Schwartz said, there is a strict time window for certain treatments.

“When people have strokelike symptoms, we don’t want them to go back to sleep or wait until Monday to tell their doctor,” he said. “It’s better to err on the side of caution.”

Symptoms of a stroke can include having trouble speaking, having a headache or even having trouble with balance and walking. If a person’s face is drooping and they are unable to smile or can’t lift their arms, medical attention should be sought immediately.

Experts often use the acronym “B.E.F.A.S.T.” to remind people of what symptoms to look for: a loss of balance, eyesight changes, facial drooping, arm weakness and slurred speech, with the final component, time, meaning to call 911 quickly.

Ms. Chin is not the first person to experience stroke symptoms on television. In 2011, Serene Branson, a Los Angeles CBS reporter, started slurring her words and struggled to talk, and many suggested she might have had a stroke. She was ultimately diagnosed with a “migraine with aura,” which can present like a stroke.

KJRH said in a statement on Facebook that numerous viewers had called and emailed to check on Ms. Chin and that the station was happy to share that she was feeling OK.

“We’re wishing her the best on her road to recovery and well-deserved rest,” the station said.

Ms. Chin said she would undergo testing to try to get more answers but was looking forward to returning to the anchor desk.

“In a few days, I’ll be back at the desk sharing the stories I love with the community I love,” she said. “Thank you all for loving me and supporting me so well.”