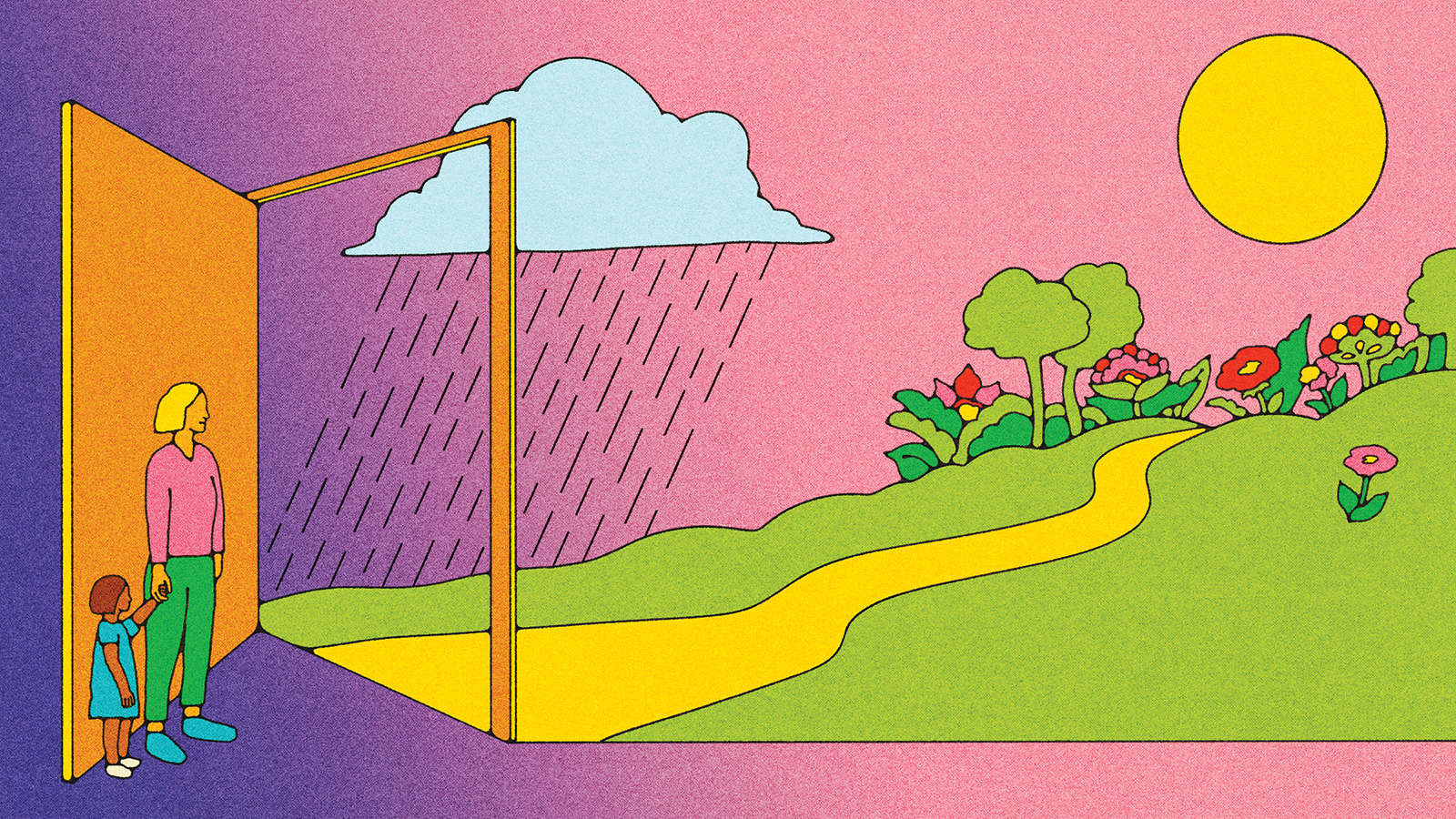 Hollon describes CBT as “running experiments on your own brain” by trying to more accurately assess situations that might cause depression, trying new behaviors and examining the results. Studies by Hollon and others have shown that CBT and antidepressant medications have about the same efficacy in treating depression, and medications have the advantages that “they are fast and they don’t depend on the skill of the therapist,” he says. On the other hand, medications can have some side effects, including upset stomach, headaches, sleeping problems and erectile dysfunction.

More crucially, Hollon says, CBT has longer-lasting effects than medication. “Folks who have gotten better on cognitive therapy are less likely to have depression come back—they learn to deal with things,” he says.

CBT is also the best treatment for anxiety disorder, says Bunmi, who believes there is value in using it proactively as a preventative measure. “Once you start identifying the thoughts and beliefs people are attaching to their environment,” he says, “you can educate people about more adaptive thinking styles and teach them to be more accurate in their thought processes.”

In her research on adolescents, Kujawa has found similar results about the power of training thoughts. In hopes of better predicting who is at risk for anxiety and depression, her lab has begun running experiments using electroencephalograms (EEGs). Participants are shown images known to elicit a negative emotional reaction—such as a violent dog or grieving people—while EEGs monitor their brain activity noninvasively.

“In some situations, we ask them to just view them naturally, and other times we ask them to try and reduce their emotional responses by thinking about the image in a different way,” she says.

She found that those adolescents who were better able to reduce their emotional responses, as measured by EEG, also showed less of an increase in depressive symptoms during the pandemic. Such techniques could be used to identify teens who are more at risk for mental health problems before a stressor occurs and to teach them coping skills to prevent the emergence of symptoms.

The ability to reframe and think differently about issues can be helpful for teens dealing with the anxiety about school shootings, which are increasingly in the news. Many teens, Kujawa says, have developed anxieties about being in large, public spaces due to fears of shootings. In part, she says, that’s due to adolescents having less ability to think in probabilities—the actual chances of a shooting happening in any particular place. While not invalidating their fears, doctors and parents can help them put the issue into perspective.

“It’s related to this idea of reappraisal and changing the way teens are thinking about it,” Kujawa says. “Yes, this is really scary, but what are the statistics, what is the likelihood it could happen?”

For LGBTQ youth, specialized forms of treatment are needed to address their particular challenges. Based on the fact that the strongest predictor of thriving for LGBTQ youth is a supportive family environment, Clark is working to develop interventions for families who may be less supportive of their child’s sexual orientation or gender identity. Working with the Oasis Center, a Nashville nonprofit, Clark and colleagues at Vanderbilt University Medical Center are collaborating to target
family-based interventions for LGBTQ youth who have been hospitalized at VUMC after a suicide attempt or other trauma. It’s a point where clinicians may find parents available and more receptive to support.

“We can really access those parents,” she explains, “and say, ‘We know this has been a difficult journey. How can we meet you where you are … and provide you the resources to support your child?’”