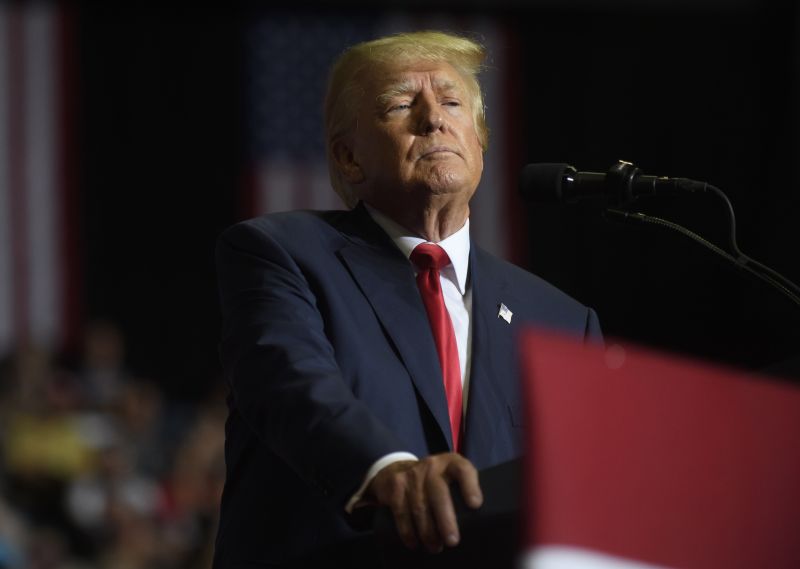 This, from a story published in The New York Times on Monday, is a wow:

“Along with [Doug] Mastriano in Pennsylvania, Trump-backed candidates for governor in five other states – Arizona, Illinois, Maryland, Massachusetts and Michigan – have combined to air zero television advertisements since winning their primaries.”

To expand – and explain: In six governor’s races – in some of the largest and most competitive states in the country – the Republican nominees had not run a single general election television ad as of Monday. In Arizona, GOP nominee Kari Lake began running her first TV ad since winning her August 2 primary on Tuesday.

And then there’s this fact: Every single one of those six candidates was endorsed in their primary races by former President Donald Trump.

Combine those two points and you see the problem for Republican strategists: Trump-backed candidates are very likely to win GOP primaries given the sway the former President still holds over the party faithful. But those candidates oftentimes appear ill-equipped to run the sort of professional (and well-funded) operation that is required to persuade voters in a general election.

Take Mastriano’s candidacy in Pennsylvania as an example.

Mastriano rose to fame/infamy as one of the loudest voices pushing the false notion that the 2020 election had been stolen from Trump. He commissioned several busloads of people to attend the January 6, 2021, “Stop the Steal” rally, although he said he never entered the Capitol building that day.

Trump’s endorsement – coupled with Mastriano’s strength among the grassroots of the party and a crowded Republican primary field – handed him a primary victory in May. But since becoming the nominee, Mastriano has shown almost no willingness to adapt his campaign to the different challenges posed by a general election. He talks primarily to conservative media outlets and travels in a protective bubble of sorts.

Meanwhile, his Democratic opponent, state Attorney General Josh Shapiro, has flooded the airwaves with ads, painting Mastriano as someone who is too extreme. As CNN first reported Tuesday, Shapiro raised $25.4 million from June 7 to September 19. Mastriano has yet to announce his latest fundraising haul, but his campaign only brought in $1.8 million from the start of 2021 to June of 2022.

Polling suggests the money disparity in the race has had an impact. A new Marist poll released Tuesday shows Shapiro at 53% to Mastriano’s 40% among registered voters, a striking double-digit lead in a state that has been so closely contested in each of the last two presidential contests.

The story is similar in Michigan, where Democratic Gov. Gretchen Whitmer was seen, at the start of the 2022 election cycle, as quite vulnerable. But Republican nominee Tudor Dixon has watched as Whitmer has defined the race on TV.

When asked by reporters recently how she envisioned winning the race without running ads, Dixon responded, “Oh, we’ll be running advertisements at the appropriate time, but don’t worry, we’ll win.”

Races in Maryland, Massachusetts and Illinois were always longer-shots for Republicans because of the fundamentally Democratic nature of those states. But the massive disparity in fundraising – and ad spending – have now put them far out of reach for the GOP.

It’s only in Arizona where Republicans look to have an even-odds chance of winning. And that may be due to the fact that Lake, as a former local TV anchor, has considerable name identification already built up and therefore needs less money (and ad time) to introduce herself to voters.

Of course, Trump could help solve this problem – or at least mitigate it. He is sitting on more than $90 million in his Save America PAC, all of which could be spent on ads to bolster the underfunded candidacies of the likes of Mastriano and Dixon. To date, he has not done so, though his allies formed a new super PAC last week aimed at supporting his endorsed candidates.

His lack of activity on the airwaves highlights the inherently selfish nature of the Trump endorsement. He wants to put the “W” up on the board when his candidate wins the primary but is far less invested in actually doing the nuts-and-bolts things that are required to help those candidates actually win a general election.

In several of these cases, Trump endorsed a candidate in the primary with far less demonstrated appeal to a general election audience and without the proven record of being able to raise money and run a serious and credible campaign. And now Republicans are facing the consequences of those decisions.