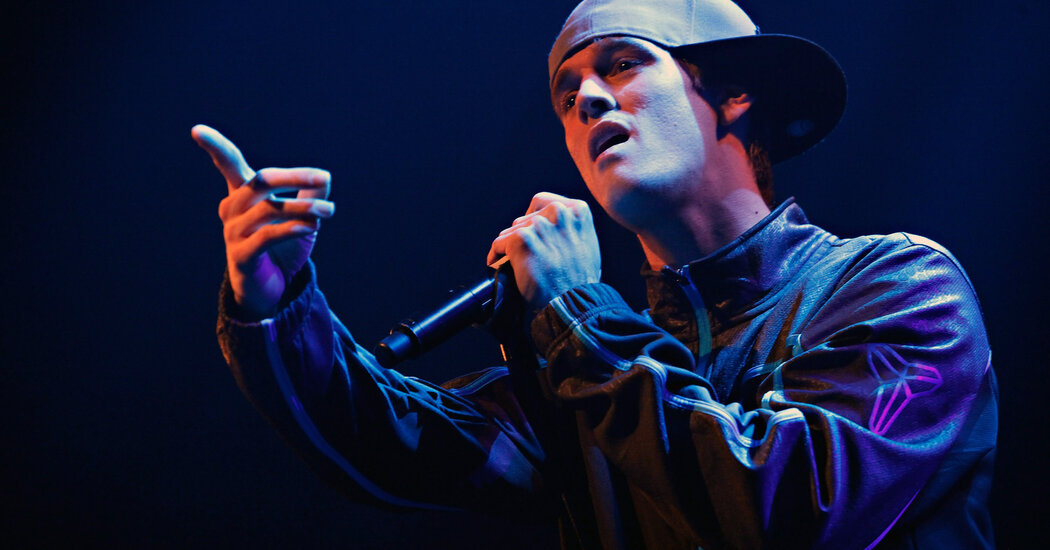 Aaron Carter, the singer and actor who briefly became a teenage sensation in the early 2000s and who was known for the hit song “I Want Candy,” was found dead on Saturday at his home in Southern California. He was 34.

Taylor Helgeson, a representative for Big Umbrella, an entertainment management company, confirmed Mr. Carter’s death but declined to comment on the cause.

The Los Angeles County Sheriff’s Department responded to a call at Mr. Carter’s home in Lancaster, Calif., on Saturday and found Mr. Carter dead at the residence, according to Deputy Lizette Falcon, a spokeswoman for the department.

“Even though my brother and I have had a complicated relationship, my love for him has never ever faded,” Nick Carter, the singer’s older brother and a member of the Backstreet Boys, said in a statement emailed by his representative.

He added: “Addiction and mental illness is the real villain here. I will miss my brother more than anyone will ever know.”

Aaron Carter, who released his first album at age 9 and the popular album “Aaron’s Party (Come Get It)” at age 12, became a fixture of teenage programming and magazines and made appearances on shows like “Lizzie McGuire.”

“Aaron’s Party” peaked at No. 4 on the Billboard 200 list, selling some three million copies. He released five studio albums and was a contestant on the show “Dancing With the Stars.”

His career later stalled, and in recent years he has been embroiled in legal trouble and has shared his struggles with addiction. In 2018, he released his first album in some 15 years, “Love,” to lukewarm reviews.

At 9, he was opening for the Backstreet Boys in Berlin for his first solo appearance.

The performance led to a record contract and then the release of his first single, “Crush on You.” He also opened for Britney Spears.

Mr. Carter was also an actor, guest-starring in shows like “Sabrina the Teenage Witch” and “7th Heaven.” He also performed on Broadway, appearing in “Seussical,” the Dr. Seuss-themed musical, and “The Fantasticks,” the world’s longest-running musical.

On his sophomore album, Mr. Carter also released the song “That’s How I Beat Shaq,” with a music video featuring the basketball player Shaquille O’Neal, who has said that Mr. Carter once beat him in a game of HORSE and later asked if he could make a song about it.

In 2019, Mr. Carter’s brother, Nick, and sister, Angel, said they had filed for a restraining order against him. In a statement at the time, Nick Carter said his brother had confessed to having violent thoughts about his wife and that family members “were left with no choice but to take away every measure possible to protect ourselves and our family.”

Aaron Carter at the time denied the allegations. The news of the restraining order came one day after he canceled his 2019 tour, according to E! News, saying he needed to put his “health first.”

Mr. Carter has been open over the years about his mental health struggles. He told People magazine in 2018 that he felt he had “hit a rock bottom personally and emotionally,” and that he had sought treatment at a wellness facility.

Mr. Carter, who appeared on the Nov. 2 episode of the “No Jumper” podcast, said he was focusing on selling real estate and that he had been “Cali sober” for five years, though he said that he occasionally smoked marijuana and had been prescribed anti-anxiety medication. (“Cali sober,” short for “California sober,” is loosely taken to mean avoiding addictive substances with the exception of marijuana and alcohol.)

Adam Grandmaison, the host of the podcast on YouTube, said that a close friend of Mr. Carter’s told him about his death.

“I just interviewed him a couple weeks ago and it was pretty clear he wasn’t in a great place,” Mr. Grandmaison wrote on Twitter. “He was a good guy despite all the demons he was battling. I’m sad to see him go.”

Throughout the interview, Mr. Carter said he considered himself a rapper, a singer, a producer, an artist and an actor, and that he was especially proud of his most recent album. He also said he hoped to make a new one soon.

“I cover all bases,” he said. “It means so much more to me than the stuff I did growing up because I wrote and produced it all.”

Mr. Carter said he was “never going to give up” on making music and that despite the turbulence, he had enjoyed his career. He also vowed to regain custody of his son, who Page Six reported was temporarily placed in the care of Mr. Carter’s fiancée’s mother amid domestic violence and drug use concerns.

“I’m about to be 35 years old,” Mr. Carter said. “I’m a grown man and it’s time to start behaving that way and doing the right thing and focusing on myself, my career, my kid and my family.”