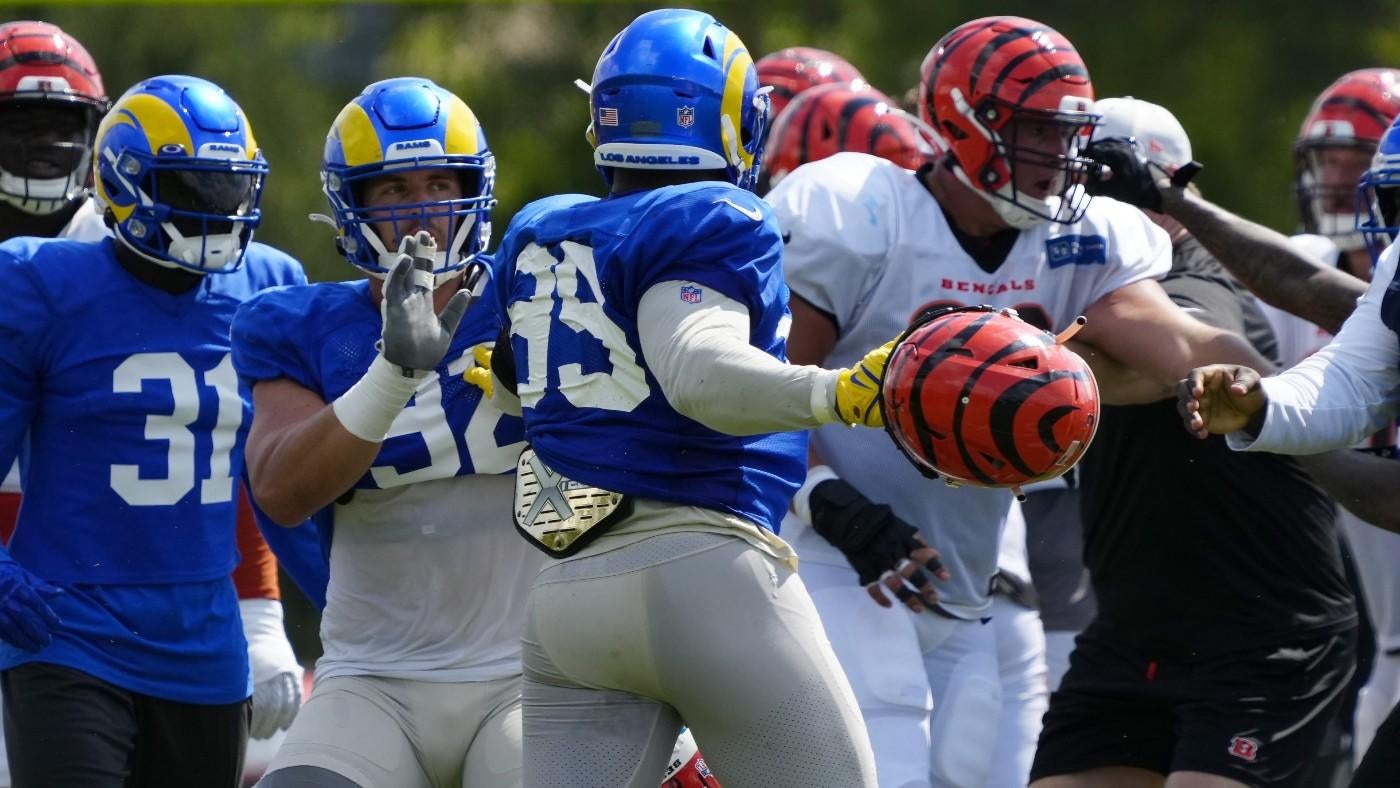 Welcome to the Friday edition of the Pick Six newsletter!

If you hate preseason football, then I have some fantastic news for you today: The final weekend of preseason games is here. And since I love giving out good news on Friday, I have even more good news: Apparently my bosses have decided to auction off ONE MORE zoom call with me.

Starting today, you can bid on a chance to have a 10-minute call with me. The auction is for our annual CBS Sports telethon that raises money for St. Jude, so all the money from the auction will be going to charity.

If you want to bid, all you have to do is click here. I like talking to myself, so I might even bid. If you have the winning bid, we can literally talk about anything during our conversation, from your favorite NFL team to your favorite breakfast cereal to your favorite Backstreet Boy. If you ask nicely, I might also let you in on my secret to winning fantasy football.

Last year, the winning bid went for more than $1,000, which was the highest at CBS Sports. Earlier this month, the final bid ended up being more than $100, so thank you to the person who made that bid (we’ll be talking soon). Right now, the bidding in the newest auction is at just $30, which is basically a bargain compared to the last two auctions.

Alright, that’s enough promoting myself, let’s get to the rundown.

As always, here’s your weekly reminder to tell all your friends to sign up for the newsletter. All you have to do is click here and then share the link. Let’s get to the rundown.

I’m so excited about the final weekend of the preseason that I forced Will Brinson and Ryan Wilson to talk about it with me for 50 straight minutes on today’s episode of the Pick Six podcast. With 14 games going on over the next three days, I thought it only made sense to turn today’s show into a giant preview of what’s to come this weekend and the other two guys agreed. At least they pretended to agree.

During the show, we spent a few minutes talking about each game that’s being played. With that in mind, here are my three favorite games of the weekend:

If you want to hear us discuss every preseason game on the schedule this weekend, you can do that by checking out today’s episode on YouTube by clicking here. You can also listen by clicking here.

2. Rams-Bengals brawl gets ugly: Video shows Aaron Donald nailing someone with a helmet

If we learned one thing Thursday, it’s that the two teams that played in the most recent Super Bowl should NEVER have a joint practice together the following season. Six months after their Super Bowl win over the Bengals, the Rams were in Cincinnati for a joint practice and things got ugly.

Here’s a quick breakdown of what happened:

If emotions are still running high, things could get interesting when these two teams meet on Saturday at 6 p.m. ET in Cincinnati. As for Donald, it would be extremely surprising if he got suspended, but it’s possible the Rams could fine him or hit him with another small punishment so that it looks like they’re being proactive.

After four days of unveiling our all-division teams, we’re finally down to our final one in the AFC: the AFC West. Our Jared Dubin went through all four rosters in the division to create one Super Team that consisted of 27 players (12 on offense, 12 on defense plus three special teams).

Let’s take a look at the offense for the AFC West’s all-division team:

One thing that might surprise you about the 27-member all-division team is that the Chargers — not the Chiefs — actually produced the most players with nine. As for the other teams, the Chiefs checked in with eight while the Raiders were right behind them with six. The Broncos ended up with the fewest players on the all-division team, producing just four guys (and three of those came in the secondary).

There were two preseason games played last night and we have takeaways from both of them.

With the Chiefs keeping most of their starters on the bench, this game didn’t seem like it was going to be too exciting, but there was definitely some drama at the end. The Packers drove inside of Kansas City’s 20-yard line with under a minute to play before eventually failing on a fourth down that clinched the win for Kansas City. Here are three quick takeaways:

There is no preseason Lombardi trophy, but if there was, it would go to the Texans, who finished the preseason with a 3-0 record after beating the 49ers. Yes, there will be other teams that finish the preseason undefeated, but the Texans get the trophy out of pity because they were so bad last year.

There are 11 more preseason games being played this weekend in addition to the ones above. If you see the full schedule of games, you can check that out by clicking here

Bills punter Matt Araiza has been accused of rape in a civil lawsuit that was filed Thursday in California. The lawsuit alleges that Araiza and two of his former teammates at San Diego State took part in a gang rape of a girl who was just 17 years old at the time.

Here are some of the details (some of this is graphic):

The Bills are scheduled to play in Carolina at 7 p.m. ET tonight, and it will be interesting to see if they let him take the field after handing him the starting punter job earlier this week.

As for the lawsuit, the complete details are graphic. If you want the need to read the entire thing, you can do that by clicking here.

It’s been a wild 24 hours in the NFL, and since it’s nearly impossible to keep track of everything that happened, I went ahead and put together a roundup for you.