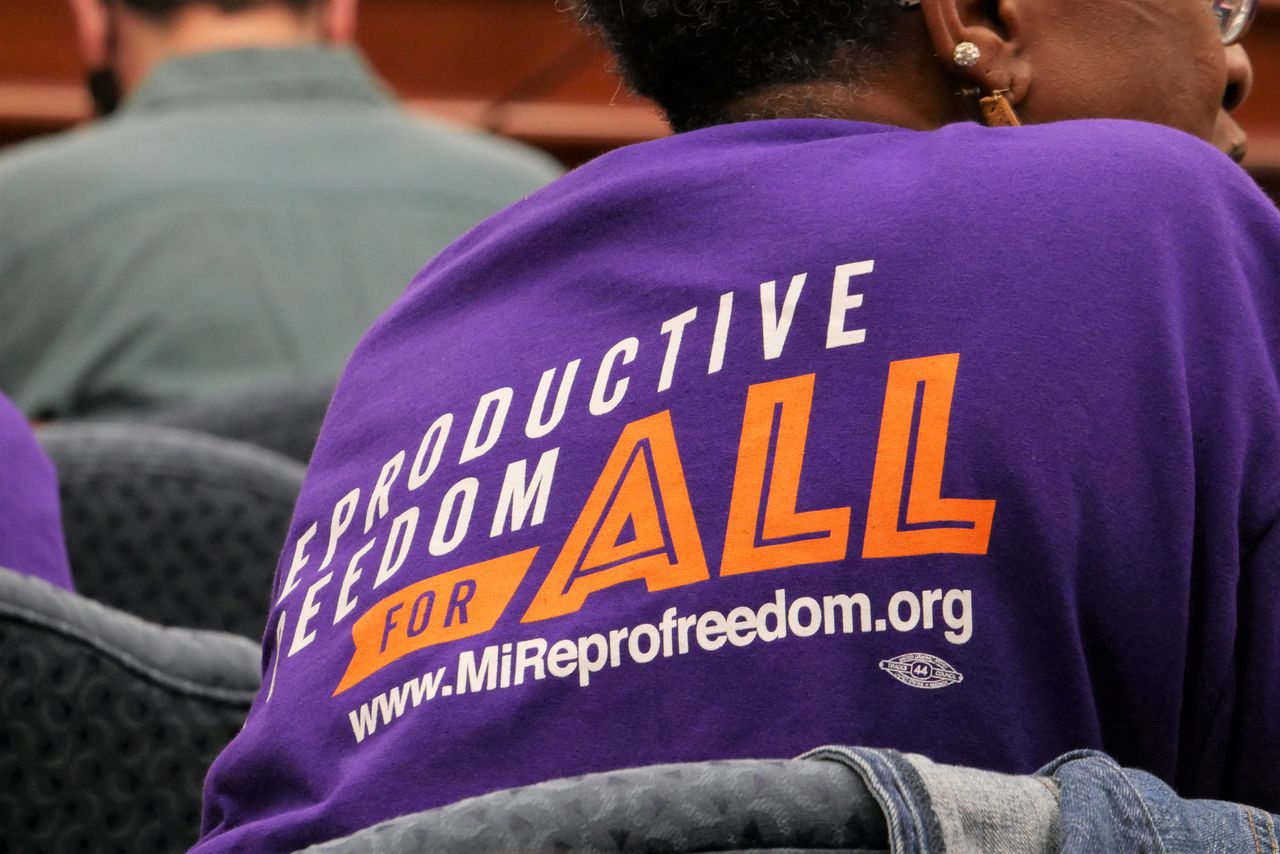 Hello folks, Simon Schuster here! I’ve finally had the duty of writing this newsletter foisted-err, bestowed upon me, and I look forward to taking you through another whirlwind week in Michigan politics.

This week was all about what, not who, will be on the ballots sent to voters in just a few weeks.

Let’s begin with an introduction: say hello to Proposals 1, 2 and 3!

On Monday there was the possibility there wouldn’t be a single statewide proposal on the ballot in November. By Friday morning, though, three had become a certainty.

I, for one, welcome these numerical designations as the groups on either side of these proposal always pick the longest names: Citizens To Support MI Women & Children? Voters For Transparency and Term Limits? Lordy. Now reporters like myself g

As Ben Orner, my colleague on the proposal prowl has chronicled, Proposal 2 and Proposal 3 were ordered onto the ballot by the Michigan Supreme Court Thursday evening in a pair of 5-2 rulings after the Board of State Canvassers, the wonky body that evaluates these things, deadlocked along partisan lines. The canvassers did as ordered Friday morning. Proposal 1 also shook off a suit attempting to invalidate it this week after being approved earlier in August.

So which proposal is which, I’m assuming you’ve asked yourself by now, and what are they about? Ben also has a longer breakdown with more details about what the proposals would do. Instead I’ll offer a little breakdown of the history behind these measures and what’s at stake.

Proposal 1: This one’s a two-parter, which would both rejigger term limits and requires a measure of financial disclosure from election officials. The disclosure requirements were watered down on their way to the ballot, but any disclosure is more than nothing — Michigan’s current requirement.

In terms of term limits, Michigan’s current cap is six and eight years in the House and Senate, respectively, which would be replaced by a single 12-year limit that’s irrespective of chamber. Proponents tout 12 being smaller than the current combined 14, while critics emphatically retort 12 is still way bigger than six or eight. Daunting math, I know, but there’s some substance behind the spat: If the proposal passes and fewer lawmakers switch chambers, given doing so wouldn’t extend their time in office (reelection rates remain high under term limits), the dynamics of Michigan’s legislature could be shaken up.

Voters For Transparency and Term Limits, the “yes” group, already has their first ad up on TV.

Proposal 2: Born as a response to efforts to clamp down on voting access, this would make voting a fundamental right and offers nine days of early voting, a permanent absentee voter list among a smorgasbord of other measures and preemptive protections.

The measure is a pointed one-up of the initiative petition fielded by the group Secure MI Vote. To the chagrin of Republican carrying the torch of “election integrity,” Whitmer has swiftly vetoed any bills that touch voting rules (including at least one with bipartisan support), making group’s petition the sole workaround to appease grassroots conservative still fired up about this subject. It’s currently under review by the Bureau of Elections. With enough signatures approved and a simple majority in the legislature, their changes have a veto-proof passage into law.

But Secure MI Vote only aims to amend state law. Promote The Vote 2022, the group behind Proposal 2, is looking to change the state constitution. Effectively overwriting Secure MI Vote, but much depends on timing. Whether the petitions will be reviewed, approved and reach the legislature before November is still up in the air.

Proposal 3: As Ben aptly notes in his write-up, this is the big one. This enshrines access to abortions and reproductive health services in the constitution, though advocates and opponents continue to spar over how appropriate or egregious that protection is.

The national spotlight became fixed on abortion access after the leaked draft of the Dobbs decision was published by Politico in May, but advocates’ planning far preceded that day. Records indicate Reproductive Freedom For All, the ACLU and Planned Parenthood-funded “yes” group, registered their website about three weeks after the case was argued before the Justices last December.

The proposal’s late-hour turmoil placed another big reproductive rights decision in the back-burner. A state law from 1931 makes access to abortion extraordinarily limited in Michigan, but Court of Claims judge Elizabeth Gleicher ruled in a fiery opinion this week that law should be considered unconstitutional permanently, meaning abortion remains legal in Michigan. The decision is certain to be appealed, but Gleicher incorporates much of the original rationale of Roe v. Wade into her ruling, writing the arguments that supported that landmark decision can also apply to Michigan’s constitution.

Meanwhile, smash-cut to the Capitol, where we’ve learned — drum-roll, please — nothing much is planned until after the election. House reporter Jordyn Hermani notes the legislature won’t be interrupting their extended campaign season interlude to memorialize the September 11th attacks this year, either.

Democrats in the legislature upper chamber think they spy a big prize on the horizon: they believe geography, money and political moods may be on their side just enough this year to wrest control of the chamber away from Republicans, who have maintained their majority for nearly 40 years. Senate reporter Alyssa Burr notes where their efforts are focused in an incisive rundown.

Mark your calendars: Oct. 13 at 7 p.m. on WOOD TV in Grand Rapids will be Michigan’s first gubernatorial debate of 2022. After a couple of weeks of impasse, it seems Republican nominee Tudor Dixon capitulated to half of Gov. Gretchen Whitmer’s unilateral decision to accept debate dates on Oct. 13 and 25.

The tension is a clear one. Whitmer and her allies are dominating her republican counterpart when it comes to spending on Michigan’s airwaves, as I reported Friday. Dixon needs the exposure of a debate, and strongly prefers to receive it before absentee voters have their ballots in hand. As of now that isn’t going to happen given Whitmer’s camp has no incentive to acquiesce to that request.

In other news, the 2020 election fraud conspiracies continue to dog some Michigan Republicans. A special prosecutor has been appointed to review potential criminal charges against GOP attorney general nominee Matt DePerno, while the Macomb County GOP joined yet another lawsuit seeking to undo the results of the last presidential election. That suit’s first ask has been swiftly denied.