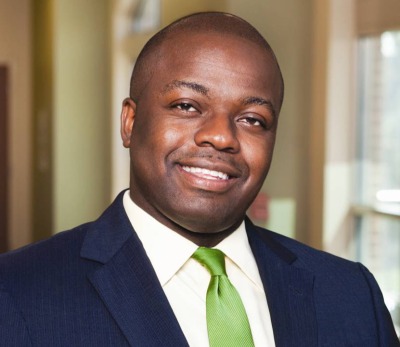 The role allows Cone Health to be at the forefront of the changing ways people choose where they go for care.

Greensboro – Deno Adkins has been tapped to help Cone Health become a more consumer-focused organization. He has been named senior vice president of ambulatory and consumer services.

More than half of Cone Health’s revenue comes from people receiving health care in places other than the inpatient setting (for example, outpatient CT, same-day surgery, urgent care, primary care, emergency department visit that does not result in an admission). According to Healthcare Success, consumers increasingly choose those places based on location and how quickly they can get an appointment. The consumer’s health plan and office hours also play important roles. 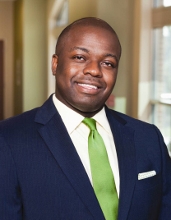 “Across the country, health care and well-being continue to be more consumer-focused, and Cone Health is positioning itself to be the market leader in the Triad and surrounding communities,” says Dr. Marlon Priest, chief clinical officer, Cone Health. “Deno has a track record of coordinating services and ensuring that consumers receive the highest quality care as well as convenient access into the broader Cone Health network.”

Adkins joined Cone Health as an administrative fellow. Most recently, he served as vice president, ambulatory network. He led the team that opened Cone Health MedCenter Greensboro at Drawbridge Parkway. In less than eight months of operation, this newest MedCenter has exceeded its first-year business goals.

Adkins earned a bachelor’s degree from Furman University and holds both a Master of Business Administration degree and a Master of Health Administration degree from the Robinson College of Business at Georgia State University. He is a fellow of the Health Management Academy GE program and the American College of Healthcare Executives. He is a certified management coach.