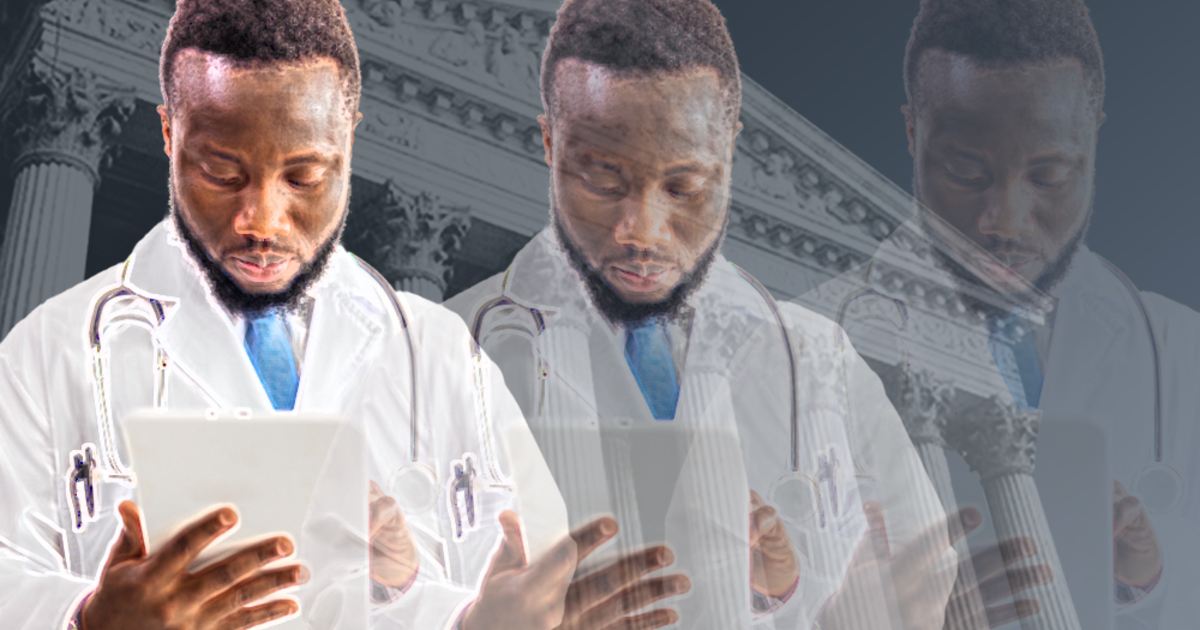 When voters in California passed Proposition 209 in 1996 to prohibit state institutions from considering race, sex or ethnicity in enrollment or hiring decisions, the number of Black and Hispanic students in the University of California system plummeted.

A quarter of a century later, UC campuses still struggle to recruit and retain diverse student bodies, including at the University of California, San Francisco, which offers graduate programs in dentistry, medicine, pharmacy and nursing.

“We’re not back to where we were in 1996,” said Dr. Renee Navarro, vice chancellor of diversity and outreach at UCSF. “We haven’t even recovered.”

The public research institution has introduced language as an admissions factor, made long-term community investments and undertaken recruiting campaigns targeting underserved populations much earlier in the educational pipeline. These efforts have seen only modest results, Navarro said.

Approximately 6% of UCSF’s student body is Black and 15% is Hispanic or Latino, the university reports. Those metrics are out of proportion with California’s increasingly diverse population, which is 7% Black, 5% biracial and 40% Hispanic or Latino, according to census data.

Yet the University of California’s imperfect diversity, equity and inclusion strategy may provide a framework that higher education and healthcare institutions will have to duplicate if the Supreme Court overturns affirmative action. The high court is considering reversing a precedent that dates to 1978.

The legal question at hand is whether public institutions or private ones that receive federal funding can use race as a factor to determine if applicants are qualified to enroll. The lawsuits against admissions practices at the University of North Carolina and Harvard University have been in process since 2014.

The plaintiffs are a group of students who contend that their admissions chances were unfairly diminished because the schools considered race and ethnicity. The Supreme Court, which heard oral arguments on the matter Oct. 31, is expected to rule early next year.

In an amicus brief to the court, the University of California joined dozens of other organizations cautioning that eliminating affirmative action would set back their efforts to attract proportionate shares of Black and Hispanic applicants. The organizations argue that removing race-based considerations would decrease the number of Black and brown clinicians in the healthcare workforce, which would impact patient care.

“Preventing medical educators from continuing to consider diversity in admissions would not merely impoverish the educational experience of all future healthcare professionals; it would literally cost lives and diminish the quality of many others,” the brief said.

Leaders in higher education and healthcare are weighing how to maintain progress on workforce diversity—a key element of resolving health disparities—and to implement new recruiting strategies. Some are concerned a legal reversal would set them back decades.

“Any ruling that does not allow consideration of race will hurt,” said Dr. Joseph Flaherty, president of Western Atlantic University School of Medicine in Freeport, Bahamas, and a former admissions dean at the University of Illinois College of Medicine.

A UCLA-University of Pittsburgh study published this year found that enrollment of minority students in medical schools dropped by nearly one-third over five years in the nine states where affirmative action bans have already been implemented.

If expanded nationally, the decline in enrollment would come as healthcare and higher education institutions already struggle to recruit and retain people of color for clinical roles.

Last year, nearly 10% of medical students identified as Black and 12% as Hispanic or Latino, according to the Association of American Medical Colleges. Those numbers had risen 2 to 3 percentage points since 2014 but are still not reflective of the country’s demographic makeup.

Research has demonstrated that a diverse workforce improves clinical outcomes and patient experience scores. For example, hospitals are more likely to receive higher Consumer Assessment of Healthcare Providers and Systems scores when patients are connected with doctors who understand or relate to their personal backgrounds.

“Not having a workforce that patients can see themselves in will likely impact the level of trust and ability to potentially follow recommendations because of the lack of trust that may be present,” said Geoffrey Young, senior director for healthcare workforce transformation at the Association of American Medical Colleges. “It has catastrophic repercussions moving forward.”

In a separate brief to the Supreme Court, the American Medical Association, the AAMC and other trade groups wrote that allowing the number of Black and brown clinicians to decline would be detrimental to patient care, particularly for people from the underserved communities where these providers often practice. “For high-risk Black newborns, having a Black physician is tantamount to a miracle drug: It more than doubles the likelihood that the baby will live,” the organizations wrote.

Because of outcomes like that, health systems have focused on diversity, equity and inclusion as they build out their workforces. In a Deloitte survey of health system and insurer CEOs, more than half identified health equity as among their top three strategic priorities—and increasing diversity internally was the initial step. Amid broader workforce challenges, healthcare organizations have leaned on higher education institutions to send them more professionals of color.

HCA Healthcare bought Galen School of Nursing in 2020 to establish a pipeline of nurses for its 184 hospitals. The Nashville, Tennessee-based health system’s multi-campus nursing school has since partnered with historically Black colleges and universities to recruit from their undergraduate programs.

CommonSpirit Health of Chicago launched a 10-year, $100 million recruitment initiative with Morehouse School of Medicine in Atlanta to increase the diversity of its physicians. In addition, the National Football League is partnering with the nation’s four historically Black medical schools to increase the number of Black people in sports medicine.

Overturning affirmative action would be “counterproductive,” said Fran Roberts, a former nursing school dean turned consultant who chairs the Galen College of Nursing board of directors. “We need all the help we can get to support a healthcare workforce that reflects the patients in our care,” she said.

Race-neutral strategies for college admissions have been far less effective than affirmative action, Navarro said. As a result, educational institutions and healthcare employers will have to get creative if the high court strikes down race-based criteria.

Those solutions should center around eliminating racial disparities broadly, Young said. “Medical education and medicine itself is a microcosm of the larger society. So until we deal with and acknowledge the impact that systemic racism has on our learners, I think we’re likely to continue to have the problem,” he said.

Health systems and higher education institutions may need to begin recruitment earlier—even in elementary school—and target underserved communities. They can also invest in community-based health equity initiatives and be explicit about incorporating inclusion into their organizations’ mission, Navarro said.

Provider groups could also launch apprenticeship programs, offer scholarships or develop partnerships with HBCUs or schools in the Caribbean that typically attract more diverse student bodies, Flaherty said. “People will show their ingenuity and try to keep diversity moving forward. Because I think the goal of it is still there and still important,” he said.