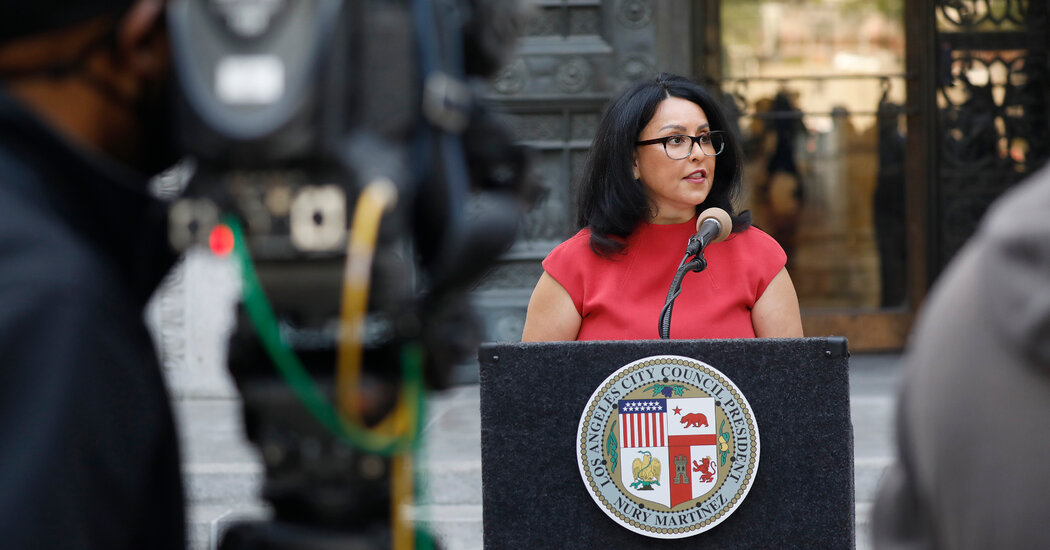 Ms. Bass issued a condemnation as well. “Let me be clear about what was on those tapes: appalling, anti-Black racism,” she said in a statement, adding that she had “spent the day speaking with Black and Latino leaders about how to ensure this doesn’t divide our city.”

“Homelessness is out of control, crime is on the rise, and Angelenos are being priced out of their hometown,” she said. “The challenges we face already threaten to tear us apart and, now, this hateful and shocking conversation among some of our city’s most powerful leaders could divide us even further. All those in the room must be held accountable.”

Eunisses Hernandez, a progressive who in June won Mr. Cedillo’s council seat in an upset, said she was “beyond disgusted.”

“We have three sitting council members being explicit about the Black community, and their language exemplifies anti-Blackness,” she said. “How is it we have these people in leadership?”

Residents of the city routinely tout their diversity as an asset, and, since the 1992 riots, have expressed pride in the strides they have made in race relations. In polls, Latino residents of the city repeatedly say that their Black neighbors understand them better than do any other ethnic group in Los Angeles, and vice versa, said Fernando Guerra, whose Center for the Study of Los Angeles at Loyola Marymount University regularly surveys the city’s residents.

Mr. Guerra said that when he heard the recording, he was appalled, particularly at the remarks about Mr. Bonin’s child. But he also noted that, as in most of California, getting along remains a work in progress and that unlike the county and state, the city of Los Angeles still allows elected officials, rather than an independent commission, to have the final say in their own district maps. That practice, he said, has contributed to ongoing racial tensions.