Agent’s Take: Kareem Hunt and other players who should have been dealt before trade deadline 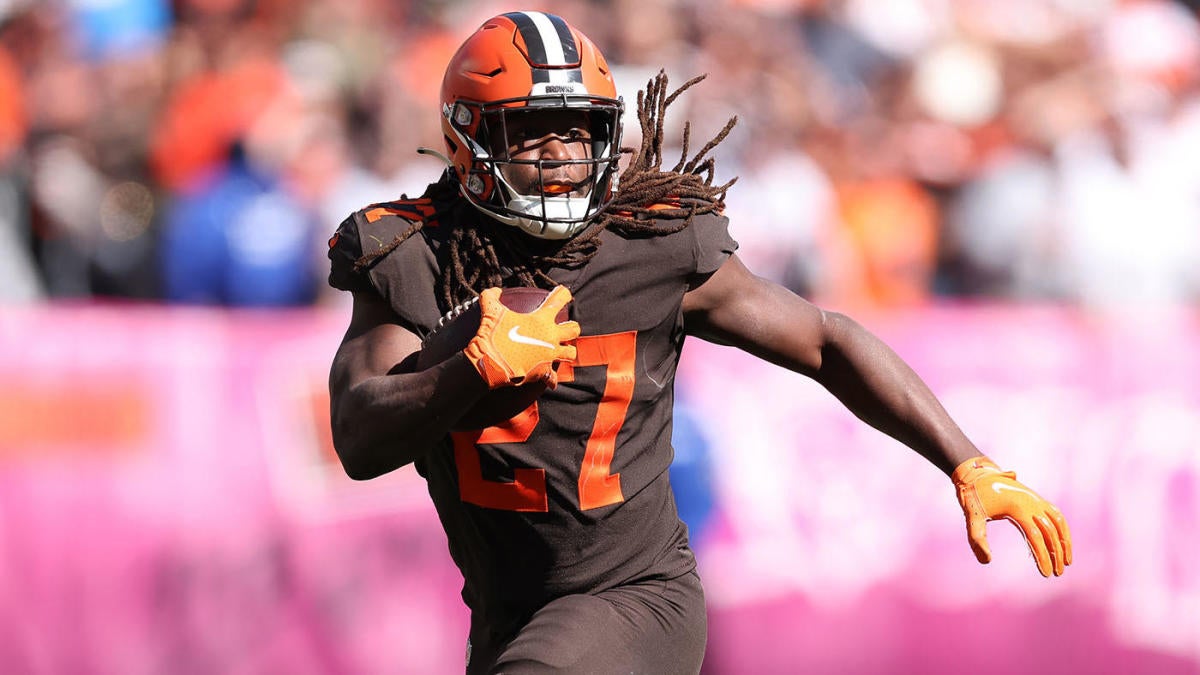 A record 10 deals were made on trading deadline day. Most notably, the Dolphins sent running back Chase Edmonds, a 2023 first-round pick and a 2024 fourth-round pick to the Broncos for edge rusher Bradley Chubb and a 2025 fifth-round pick.

Here are three more trades that should have been explored before the deadline that may have improved chances of teams to make the postseason. The financial ramifications of the moves are highlighted. Salary cap space is based off NFLPA data.

Trades can’t be executed again until the 2023 league year begins on March 15.

Making moves at the trading deadline is uncharacteristic for the Packers because of primarily relying on a draft-and-develop-roster-building philosophy. An attempt to address a glaring need at wide receiver was made by making a push for Chase Claypool. The Steelers dealt Claypool to the Bears for a 2023 second-round pick.

The Cowboys and Texans, who are in contention for the first overall pick in the 2023 NFL Draft with a 1-5-1 record, discussed a Brandin Cooks deal up to the trade deadline. The Texans signed Cooks to a two-year extension in April, which runs through the 2024 season, averaging nearly $20 million per year. Cooks is scheduled to make $35 million over the next two years. His $18 million 2023 base salary being fully guaranteed in the extension was an issue.

The Texans reportedly wanted a second-round pick for Cooks. His remaining contract, particularly the salary guarantee, should have made the trade compensation less than the 2023 third-round compensatory pick and 2023 sixth-round pick the Giants got from the Chiefs for 2021 first-round pick (20th overall) Kadarius Toney, who is on a cost-controlled rookie contract.

Adding Cooks, who is unhappy the Texans didn’t trade him, would have been challenging from a salary cap standpoint because of the salary guarantee. The Packers already have $222.7 million of 2023 cap commitments with 47 players under contract.

Some flexibility with the approach is warranted when a 38-year-old Aaron Rodgers is at quarterback on the NFL’s only $50 million-per-year contract, which was signed in March. With a 3-5 record, the Packers have already lost more games than in 2021. Despite the record, the Packers aren’t in a rebuilding mode like the Bears.

Cooks, who is 29, has been traded three times during his career. The last trade was in 2020 when the Texans obtained him and a 2022 fourth-round pick from the Rams for a 2020 second-round pick. Cooks has been productive wherever he has played. He has amassed 1,000 yards receiving in a season with the Saints, Patriots, Rams and Texans.

Upgrading at running back was on the Rams’ radar screen. A run was made at Christian McCaffrey a couple of weeks ago but the Rams were outbid by the 49ers. The Rams rank both 31st in the NFL in rushing (68.4 yards per game) and yards per carry (3.3).

The Browns were reportedly willing to part with Hunt for a fourth-round pick. Hunt was probably the next best available running back option.

The Rams don’t have a 2023 fourth-round pick because of acquiring Sony Michel from the Patriots in a 2021 preseason trade. The 2023 fifth-round pick went to the Browns for cornerback Troy Hill during this year’s draft. The Rams, though, are projected to get two 2023 compensatory fifth-round picks.

Hunt, who requested a trade in the preseason because the Browns refused to extend his contract, is expected to leave in free agency after the season. It’s conceivable that the Browns could get a 2024 compensatory fourth-round pick for Hunt’s impending departure depending on the contract he signs on the open market.

An unhappy Akers has no desire to continue playing for the Rams. He could have provided the Browns running back depth behind Nick Chubb next season. Akers is under contract in 2023 for $1,451,779, while Hunt and D’Ernest Johnson have expiring contracts.

Acquiring Hunt wouldn’t have solved all of the Rams’ problems. The offensive line may be a bigger concern and a consistent pass rush has been lacking. The Rams, who have a 3-4 record, could become the first Super Bowl winner to miss the playoffs since the Broncos in 2016.

The Giants having a 6-2 record is one of the biggest surprises of the 2022 season. Fourth-round pick Daniel Bellinger being out indefinitely after suffering a freak eye injury in Week 7 against the Jaguars leaves a hole at tight end. Chris Myarick and Tanner Hudson are the other tight ends on the roster.

Austin Hooper doesn’t seem to be a great fit in Tennessee’s run-centric offense. Geoff Swaim leads the Titans tight ends in playtime with 65.2%.

Hooper signed a one-year, $6 million deal, which included a $4.965 million signing bonus, to add a dimension to Tennessee’s offense that was missing in 2021 after Jonnu Smith left for the Patriots in free agency. Outside of catching a game-high three passes for 56 yards in a Week 7 win over the Colts, Hooper’s impact has been minimal. He has 10 catches (on 15 targets) for 116 yards in seven games. It’s Hooper’s slowest start to a season since he was a rookie in 2016.

The Titans have four tight ends on the roster. Hooper’s departure could have opened the door for 2022 fourth-round pick Chigoziem Okonkwo, to get more playing time.