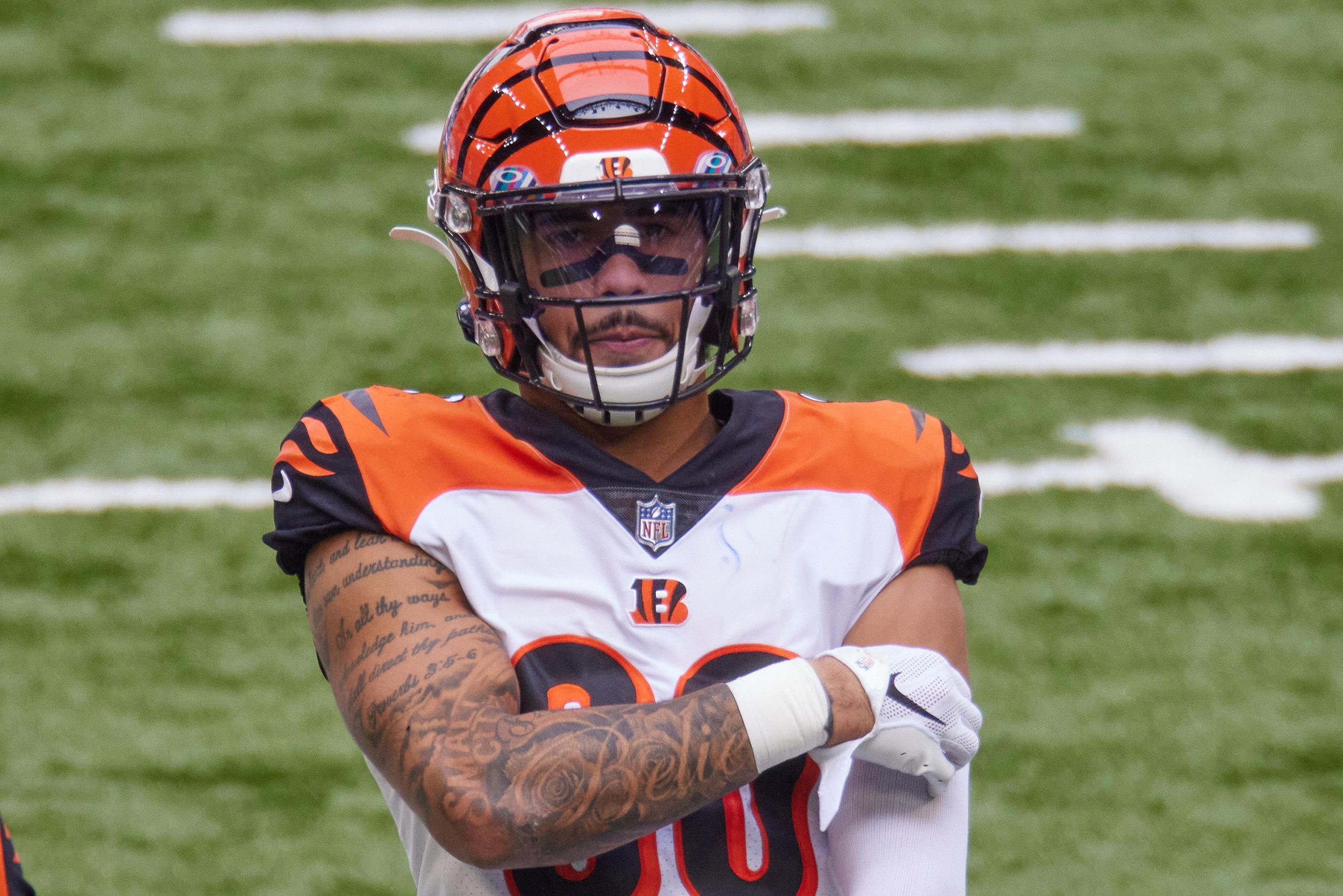 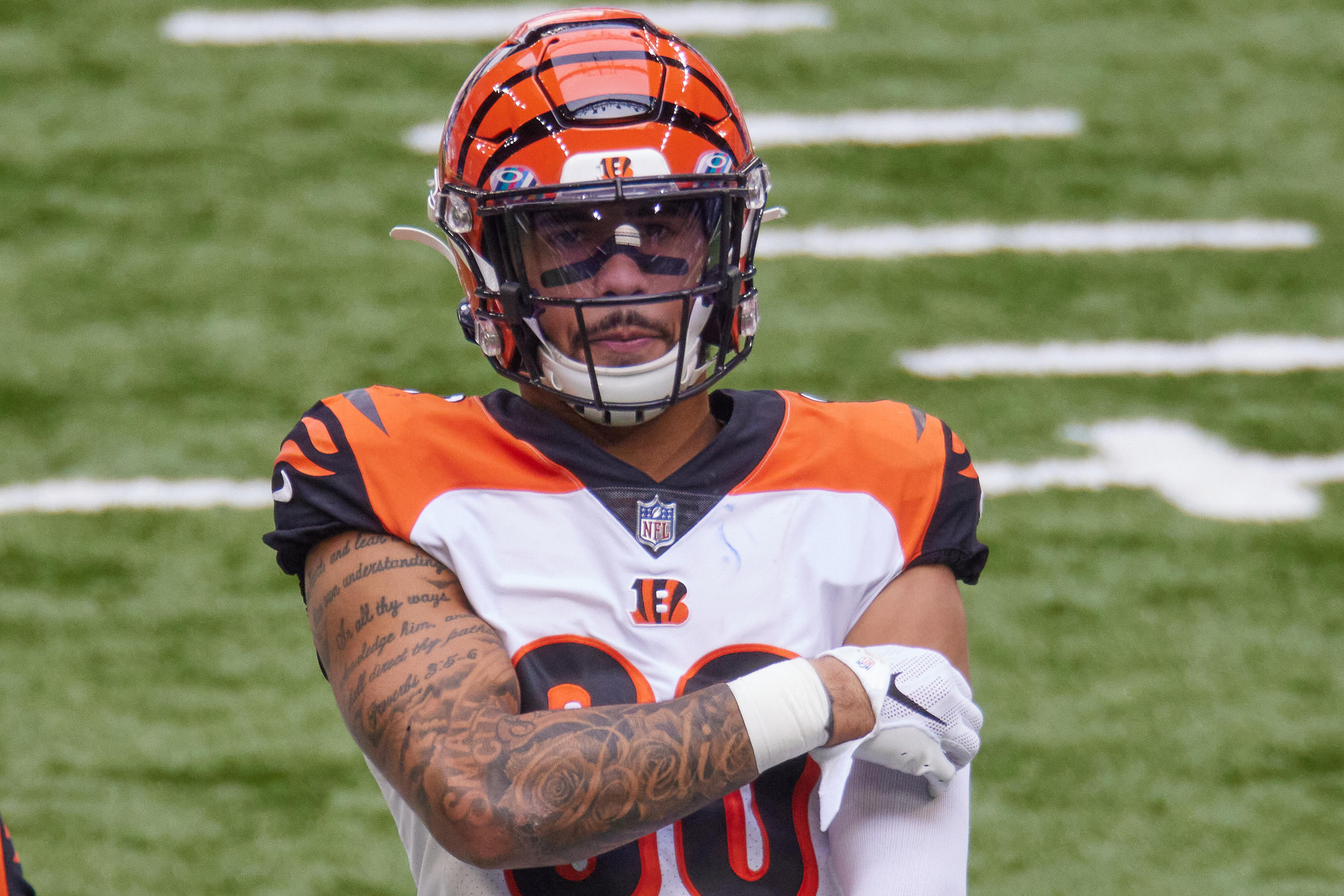 The Bengals and Bates were unable to reach an agreement before the July 15 deadline for franchise players to sign multiyear contracts. By NFL collective bargaining agreement rules, the Bengals are prohibited from signing Bates long term until Jan. 9, a day after the 2022 regular season ends.

As an unsigned franchise player, Bates isn’t subject to the CBA-mandated fine of $50,000 for each day of training camp missed. This financial penalty doesn’t apply to unsigned draft picks, and players with restricted free agent, transition or franchise tenders who aren’t under contract, like Bates, who skip training camp altogether or come late. Attendance isn’t required because of the absence of a signed contract. Unsigned players aren’t withholding services they are contractually obligated to perform.

It is a rarity for franchise players to miss the entire season. The last time it happened before Steelers running back Le’Veon Bell in 2018 was with Chiefs defensive lineman Dan Williams in 1998. Bell sat out after receiving a franchise tender for a second straight year. He recently expressed some regrets about how he handled his situation in 2018.

Based on Bates’ $12.911 million franchise tender, he would be forfeiting $717,278 of salary for each week of the 18-week regular season he missed. The Bengals would get immediate salary cap relief for each week Bates missed since his full franchise tag is counting on Cincinnati’s books, although he is unsigned.

The deadline for Bates to sign is 4 p.m. ET on the Tuesday after Week 10’s games, which is Nov. 15. Bates would be prohibited from playing during the 2022 season if still unsigned after this date.

Bell was in a different place financially than Bates because of playing the 2017 season on a $12.12 million franchise tag. Bates’ $12.911 million franchise tag, his first, is more than twice as much what he made from his four-year rookie contract that expired after the 2021 season. Bates’ career earnings to date from his NFL player contract are just over $6.225 million.

Some unsigned franchise players have missed part or most of training camp and the preseason partially to protest not getting a long-term deal by the mid-July deadline and to try to minimize the risk of a serious injury. Among the franchise players who have gone this route are Bell in 2017 and fellow safeties Eric Berry and Jairus Byrd. Bell didn’t sign his franchise tender until Labor Day 2017. Berry didn’t report to the Chiefs until the end of August 2016. Byrd showed up to the Bills during the latter part of August 2013.

Bates is allowed to negotiate his one-year salary with the Bengals and other conditions relating to his franchise player status. It would be unprecedented for a franchise player to get more than his tag amount on a one-year deal.

Bates could insist on a clause that would prohibit the Bengals from using a franchise or transition designation on him in 2022 (i.e.; a prohibition clause) in order to sign his tender and report. These types of clauses aren’t easy for franchise players to obtain.

Edge rusher Jadeveon Clowney was able to finagle a clause preventing the Seahawks from designating him as a franchise or transition player once his one-year contract expired in connection with the trade from the Texans, who received a 2020 third-round pick and edge rusher Jacob Martin, shortly before the start of the 2019 regular season. He took almost $1 million less than his franchise tender in the process. The Texans also agreed to pay $7 million of Clowney’s $15 million, one-year salary as a signing bonus to help facilitate the trade.

A franchise player hadn’t gotten this type of provision in over a decade prior to Clowney. The Titans gave defensive tackle Albert Haynesworth a conditional prohibition clause in 2008. It was triggered by Haynesworth making the Pro Bowl, having at least 60% defensive playtime, or 53% defensive playtime and the Titans winning at least 10 games or ranking in the top five in total defense.

The clause might be an easy concession for the Bengals to make. The Bengals seemingly have a contingency plan in place for an eventual Bates departure. Safety Daxton Hill was selected 31st overall in this year’s NFL Draft. The Bengals also don’t have a history of using a franchise tag on the same player in consecutive years.

Trying to force a trade is another option for Bates. An unsigned franchise player can have influence over his destination. Since a player with an unsigned tender can’t be traded until under contract, he essentially has veto power on where he is being dealt or at all. This gives the player a de facto no-trade clause. Clowney was able to quash a trade to the Dolphins by refusing to sign his tender for a move to Miami.

Ngakoue made it abundantly clear he wasn’t going to continue playing for the Jaguars after being designated as a franchise player for $17.788 million in 2020. He wanted out of Jacksonville so badly he put his money where his mouth is. In order to facilitate a trade to Minnesota, Ngakoue took close to a 30% pay cut from his unsigned franchise tender down to $12 million.

Given how big of a haircut Ngakoue took financially, it was surprising that he didn’t get a clause, like Clowney, preventing a franchise or transition designation during the following offseason.

Ngakoue may have inadvertently created another obstacle to a preseason franchise player trade. He may have set a new precedent teams will try to enforce in which a franchise player unhappy with his situation takes a steep pay cut in order to get a change of scenery, where the acquiring team can still restrict him once his one-year contract expires. Since a second franchise tag is typically a 20% raise over the first one, a steep pay cut lowers the value of a second designation.

Conventional wisdom suggests that Bates will be back in the fold on his $12.911 million franchise tender at some point before the regular season starts. Bates will more than double his career player-contract earnings by being under contract for the entire season. The financial impact the franchise tag will have on Bates ultimately may be too much for him to pass up, even though he didn’t want the designation at all.