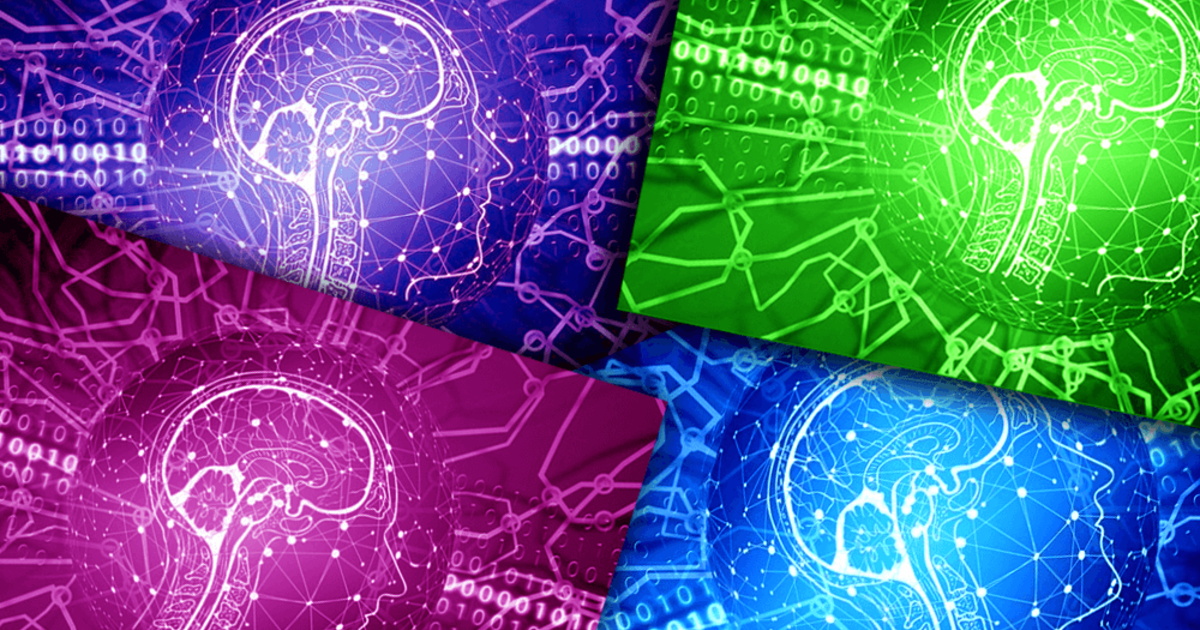 After his uncle died in 2018 from late-stage lung cancer, Pelu Tran determined that artificial intelligence could have made a difference, potentially aiding doctors in finding the cancer earlier on imaging scans and avoiding the delay of critical treatment.

Tran, an entrepreneur who studied both medicine and engineering at Stanford University, found that there were eight different companies with AI applications cleared by the Food and Drug Administration that might have discovered his uncle’s lung cancer if they had been used.

His desire to prevent future missed diagnoses and protect patients from medical error informed the mission of the technology company he co-founded, Ferrum Health, which helps health systems deploy AI.

“Most diagnostic decisions today are made without the help of any sort of artificial intelligence, and that’s something we realized just had to change,” Tran said.

AI is used more often in radiology than any other specialty, with uses ranging from scheduling appointments and triage exams to diagnosing using imaging technology. In some instances, AI can be used to improve the acquisition of images, allowing MRI scans to go faster and capture higher quality, clearer images, which saves money and is easier for the patient. Machine learning technology is often touted as a way to save radiologists’ time and improve diagnostic quality, though some argue AI is not worth the investment amid concerns of potential inaccuracy and bias.

“The promise of AI and a lot of what we have available to us is the ability to flip from a primarily retrospective approach to safety to a prospective approach to safety, where we can anticipate error and harm before it occurs, and then take action and mitigate those possibilities in the future,” said Dr. Kedar Mate, president and CEO of the Institute for Healthcare Improvement.

There are 392 AI and machine learning devices used in radiology that have been approved by the FDA as of 2022, followed by 57 cardiovascular devices and 15 hematology tools.

Nearly one-third of radiologists are using AI in imaging and 20% of practices said they plan to invest in AI tools in the next five years, according to a 2021 poll conducted by the American College of Radiology’s Data Science Institute.

Interest in AI comes as the radiology field faces labor issues. According to the Association of American Medical Colleges, there is a projected shortage of up to 42,000 specialty physicians, including radiologists, by 2033. That opens the door to greater uses of AI.

Breast cancer imaging is an area in radiology where innovations in AI will likely roll out first, largely because of the Mammography Quality Standards Act. Passed in 1992, the act was created to ensure that women have access to uniform, high-quality mammography facilities for early breast cancer detection that are accredited, FDA-certified and regularly inspected.

Already, there is a body of research on AI’s ability to detect breast cancer earlier and perform accurate diagnostic interpretations using imaging findings while sifting through an increasing number of patient scans, said Dr. Elizabeth Morris, chair of radiology at University of California, Davis.

Although the effectiveness and accuracy of machine learning technologies differs based on use case and manufacturer, numerous studies suggest the algorithms may perform similarly  to radiologists.

One AI tool improved radiologists’ ability to correctly identify breast cancer by 37% and reduced the number of biopsies needed to confirm suspect tumors by 27%, according to a NYU Langone Health study of 288,767 ultrasound exams taken from 143,203 women treated at NYU Langone hospitals between 2012 and 2018.

A 2022 report by the Cancer Registry of Norway found that an AI system was able to correctly predict high risk of breast cancer for 87.6% of the 752 breast cancer cases detected during screening. The study drew from nearly 123,000 examinations performed on more than 47,000 women across four facilities participating in the BreastScreen Norway program.

Newer AI systems used for a variety of purposes have the ability to augment older computerized tomography systems by processing CT images quicker with better resolution and reducing the amount of time needed for CT scans, lowering patients’ radiation exposure.

Still, the technology has its downsides and is a ways off from being able to operate independent of physicians, Morris said.

“Some algorithms have a harder time with asymmetries,” she said. “They’re all pretty good at picking up calcifications and masses, but with some of the more subtle signs of breast cancer, they may not have been trained on enough cases to be able to recognize it.”

Since Ferrum Health was founded in 2017, Tran said the company has helped around 40 AI vendors integrate into healthcare organizations, working with diagnostic and imaging tools across radiology, women’s health, cardiology, orthopedics and oncology.

One major use of the AI algorithms is capturing data on medical error rates, Tran said. Using the AI results, Ferrum Health can compare patient safety between the institutions it works with, showing health systems where errors are occurring. For instance, one AI study found a hospital missed fractures in one of every 200 upper extremity X-rays, the highest miss rate out of all its imaging exams.

In order for AI to be successful in the diagnostic space, it needs to have access to a large library of digital content and patient data that its algorithms can be rapidly trained on, Mate said. That can be difficult to achieve with industrywide concerns about patient data privacy and bias, which occurs when datasets used to structure algorithms exclude certain demographics and incorporate human prejudices. Bias in AI means the results cannot be generalized widely, and the technology may be inaccurate when attempting to diagnose certain patient populations.

There are also concerns about the technological limitations.

Because the FDA has not cleared AI models that rely on continuous learning, healthcare sectors can’t benefit from the main advantage of AI, which is being able to update its algorithms based on new information in real time to improve patient care, said Dr. Matthew Lungren, practicing interventional radiologist at University of California, San Francisco. Continuous machine learning automatically retrains AI models with new data on a regular basis, so it is always up to date in a rapidly changing environment.

It also is often extremely difficult for AI systems to access healthcare’s historically siloed data sets, which are not interoperable. That exemplifies the need for the industry’s digital transformation before any significant machine learning progress can be made, Lungren said.

“Most people immediately think of AI as being useful in making a diagnosis,” said Dr. Vadim Spektor, assistant professor of radiology at Columbia University Vagelos College of Physicians and Surgeons. “And that’s probably one of the earliest uses of AI, but it’s one of the least effective uses of AI so far.”

Because AI algorithms are single-minded, they tend to target only a specific aspect of a problem, and are highly based on physician-documented lists of patient records and medical problems that are prone to human error. If the information an AI device uses to conduct its assessment is inaccurate, then the outcome may be as well, Spektor said.

Another perceived drawback to AI is cost. With the exception of breast cancer imaging AI tools, which are paid for by insurance companies, there is essentially no reimbursement for machine learning devices, meaning all the costs are out-of-pocket for health systems, Spektor said.

Most AI tools are subscription-based and require hospitals to pay the vendor per use for every study processed by the algorithm, he said. The most expensive aspects of AI are implementing and maintaining the technology, troubleshooting issues, constantly assessing quality, tweaking algorithms and replacing outdated devices, all which are also time-consuming.

Understaffed and under-resourced information technology teams as well as administrative committees struggling to figure out how to move expensive AI solutions through the pipeline are the largest barriers to wider adoption, Tran said.

In 2021, the global AI in radiology market size reached $55.7 million, and is projected to grow to $517.8 million by 2030, according to Vision Research Reports, a market research firm that provides analysis and forecasts on various industries.

“For the immediate future, the best use for AI is where it can tangibly make things faster without substantial investment and cost,” Spektor said. “We need to think about how to redesign the entire process, so that we can take advantage of what AI can do and what humans can do.”