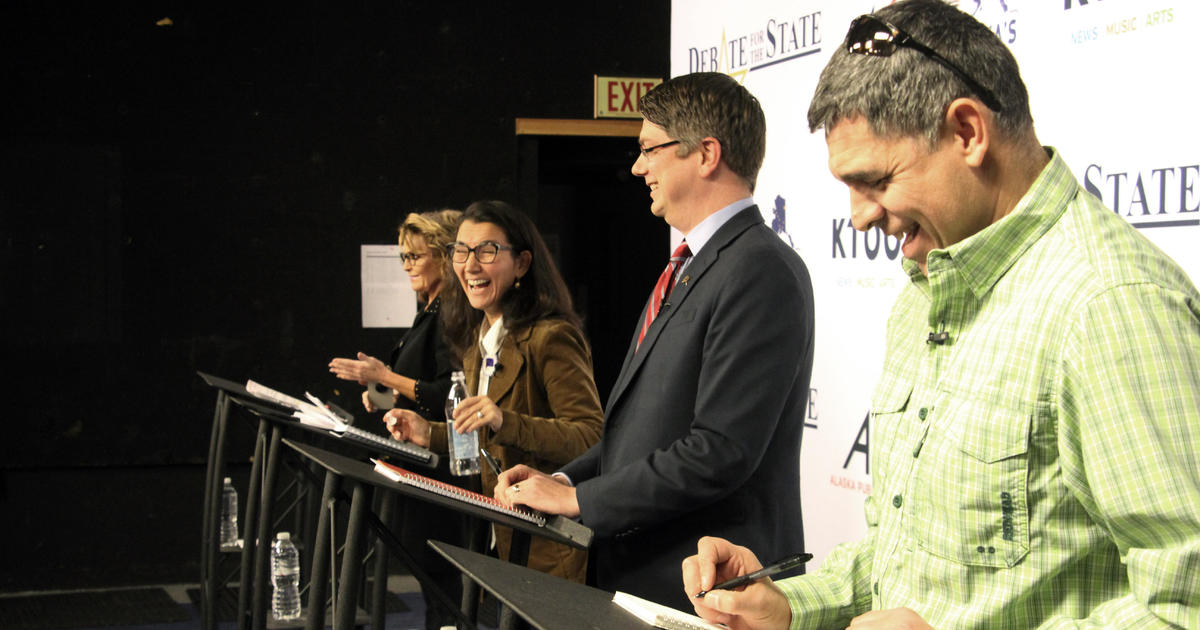 The candidates running for the at-large congressional seat in Alaska appeared to pledge bipartisanship in the only debate of the race, which will feature ranked-choice voting — although not all the candidates, especially former Gov. Sarah Palin, could resist getting some partisan shots in.

While Democratic Rep. Mary Peltola is the incumbent, she won a special election to replace the late Don Young in August and was sworn in on Sept. 13. Peltola, the first woman to represent the state in the House and first Alaska Native in Congress, is also the first Democrat to hold the state’s House seat in nearly 50 years — a state former President Donald Trump won in 2020 by 10 points.

Since arriving in Washington, Peltola has tried to emphasize her bipartisan credentials and even has retained many of Young’s staff. Last week, Republican Sen. Lisa Murkowski said she would be ranking Peltola first.

In addition to Palin and Peltola, Republican businessman Nick Begich and Liberterian Chris Bye will be on the ballot and took part in the debate Wednesday night.

Peltola said at one point in the debate that “partisanship is the number one threat to our country, both in terms of foreign policy and domestic policy.” When given the chance to ask a fellow candidate a question, she asked Palin about partisanship.

Peltola, a former state legislator, said Wednesday that her history with Palin “surprises a lot of people.”

“We worked very well together in Juneau for two years and you worked very well in a bipartisan way, at least the folks on the House side,” Peltola said to Palin. “And those were two of the best years I had out of my 10 years because of the good working relationship with the third floor and in particular, you.”

“You know, it’s so funny that even in this race, people actually hold our friendship against us,” Palin said. “They act like, oh we’re not really committed to the planks in our individual platforms because our platforms are quite, they’re not adverse, but they’re quite opposite of one another. … In this day and age of so much division, so much politics and personal destruction and lies in campaigns especially, it’s quite disheartening. So it is heartening to get to stand beside somebody who gets it. Maybe it’s kind of that Alaskan chick thing, you know. Tough Alaskans, commercial fish, we were pregnant at the same time in office — took some heat for that, too. On and on, personally speaking and professionally, let that be an example.”

Peltola responded that she thought it was “really important” to show people “how to be a candidate in a civil way without tearing people down personally or professionally.”

Although Palin had also earlier highlighted her bipartisan work as governor, later in the debate, she struggled to say if she would support a bill put forward by Democrats.

“We also need to remember in D.C. today, you know, Barack Obama is still — he’s calling a lot of these shots,” she said. “Remember, he promised to fundamentally transform America. So if a bill came over that represented anything that he representing, absolutely not will I work on it.”

Palin received Trump’s endorsement in the race and she said Wednesday night that he called her after Young’s death.

The moderators asked the candidates if they believed the House Jan. 6 committee made the right decision to subpoena Trump and if they believed Trump “committed any crimes in regard to the Jan. 6 riot at the U.S. Capitol.”

“Knowing President Trump as I do, he’s probably saying ‘bring it on, subpoena away’ because he has nothing to hide,” Palin said, addilng that she didn’t think he committed any crimes.

Bye, meanwhile, said “Trump’s not on the ballot” and accused “the media and a political party” of “dragging this out.”

With the ranked-choice voting system, if no candidate receives 50% in the first round, then the candidate with the fewest votes is eliminated and that person’s votes are allocated to voters’ second-choice candidates.

In the August special election, which had Peltola, Palin and Begich on the ballot, Peltola led after the first round with nearly 40% of the vote. Palin was in second with 30.9% while Begich came in third with 26.2%. After Begich’s votes were redistributed to his voters’ second-choice candidate, Peltola crossed the 50% threshold needed to win.

Palin has criticized ranked-choice voting and on Wednesday night said “partisanship trying to get somebody elected changed our whole voting process to one that’s not real good.”

At a press conference in September, she called on Begich to drop out, saying they split the Republican party vote.

Wednesday’s debate was part of Debate for the State 2022, a partnership between Alaska Public Media, Alaska’s News Source and KTOO.