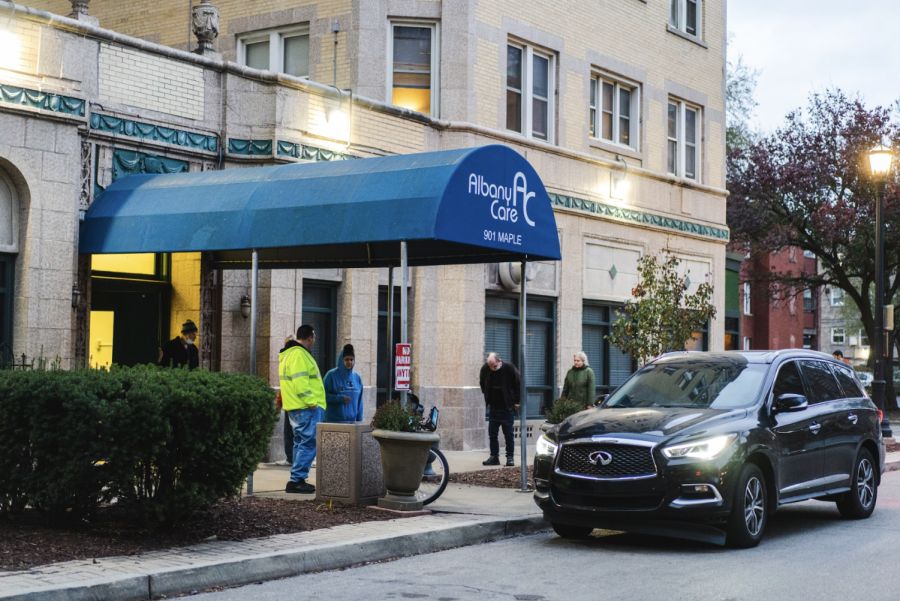 Albany Care has reached an agreement with the Illinois Department of Public Health in response to complaints filed against it, IDPH Deputy General Counsel Donna Otis said on a phone call meeting Monday.

Last year, the IDPH began investigating the long-term mental health care facility. In a Dec. 8 survey of Albany Care, the department rated Albany Care at level 5, meaning the facility posed a substantial risk of death or serious harm to its residents.

On the call, Otis said the settlement discussions address concerns from the department’s December survey, though the exact terms of the settlement were not disclosed. Evan McGinley, the chief administrative law judge for the IDPH, oversaw the call.

Otis said an executed consent agreement between Albany Care and the IDPH has been drawn up. It is now waiting on a final signature.

Albany Care residents have spoken about mistreatment — including missing medication, severe nurse shortages, violence and a lack of therapists — over the past few years, a Daily investigation found.

In February, IDPH temporarily suspended the facility from admitting new residents. But since at least October, Albany Care has been able to admit people again.

Albany Care resident Peter Basquin, who was on the call, has repeatedly emailed people including McGinley, Otis and Albany Care lawyer Frances Meehan about the lack of mental health professionals on weekends, according to correspondence shared with The Daily.

Basquin told The Daily in early November he only knew of six mental health professionals currently on staff — which would be about one for every 37 residents currently at Albany Care.

During the call, McGinley asked if the settlement between Albany Care and IDPH would address Basquin’s concerns about mental health professionals.

Otis replied that the current settlement focuses on past complaints. She recommended Basquin file a formal complaint with IDPH, which he said he did Monday morning before the call.

Meehan, Albany Care’s counsel, said she could not shed light on reasons for the lack of mental health professionals.

— In Focus: Albany Care’s residents report violence and medical mistreatment. But many may have nowhere else to go