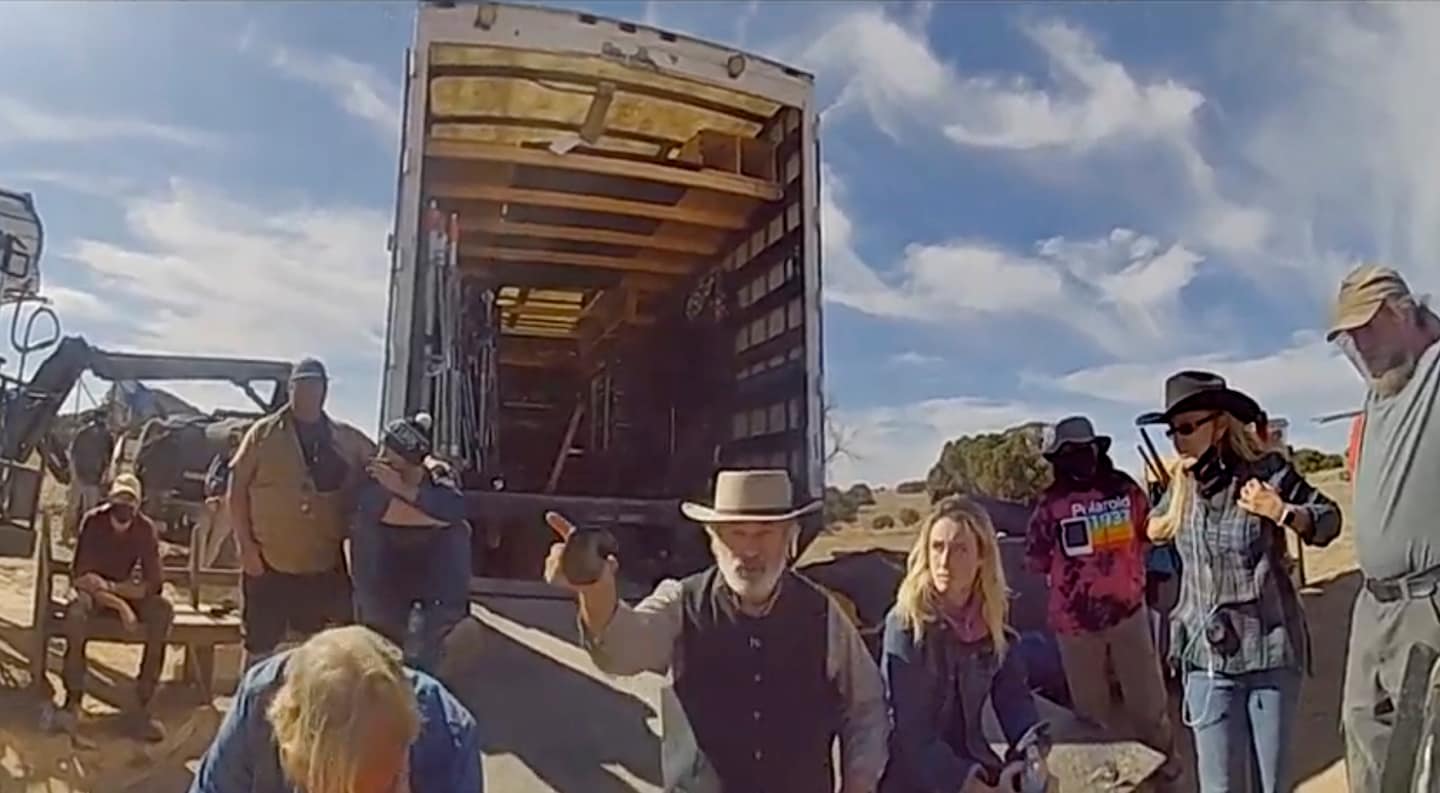 Alec Baldwin is suing the armorer and other people associated with the film “Rust” after he was given a loaded gun on set that fired last year, killing a cinematographer.

Baldwin alleges in the lawsuit that the shooting was caused by the negligence of armorer Hannah Gutierrez-Reed, who was in charge of guns and ammunition on the set; assistant director Dave Halls, who handed the gun to Baldwin and said it was safe; Sarah Zachry, who was in charge of props; and Seth Kenney, who supplied the guns and ammunition on the set and assisted the armorer. Baldwin, who was sued after the shooting, “seeks to clear his name” and hold the defendants “accountable for their misconduct,” according to the counterclaim filed Friday in Los Angeles Superior Court by the actor’s attorney, Luke Nikas.

The Washington Post was not immediately able to reach the defendants Friday evening.

In October 2021, Baldwin was inside a church building on Bonanza Creek Ranch in Santa Fe, N.M., practicing cocking the gun when it went off, killing cinematographer Halyna Hutchins and injuring director Joel Souza. It was not clear why the prop had live ammunition.

According to interviews conducted by the Sante Fe County Sheriff’s Office, people on the set saw and heard Halls retrieve a .45 Long Colt revolver from Gutierrez-Reed, announce it was a “cold gun” and hand it to Baldwin. The industry term means there are no live rounds in a weapon.

A New Mexico medical examiner ruled Hutchins’s manner of death an accident after she was shot in the chest. An FBI report suggested that the gun could not have fired without its trigger having been pulled.

Baldwin’s lawsuit is the latest since the shooting: Gutierrez-Reed sued Kenney, saying he was liable for the live ammunition on set. Script supervisor Mamie Mitchell sued several including Baldwin, Gutierrez-Reed and Halls over workplace safety allegations.

Matthew Hutchins, Halyna Hutchins’s husband, filed a wrongful-death lawsuit this year against Baldwin and other entities involved in the production, seeking compensatory and punitive damages. The defendants settled the lawsuit last month.

After news of the settlement, Matthew Hutchins called his wife’s death a “terrible accident.”

“I have no interest in engaging in recriminations or attribution of blame [to the producers or Mr. Baldwin],” Hutchins said in a statement last month after reaching a settlement with the actor. “All of us believe Halyna’s death was a terrible accident.”

Filming will resume next year, according to the statement, with Matthew Hutchins as an executive producer.