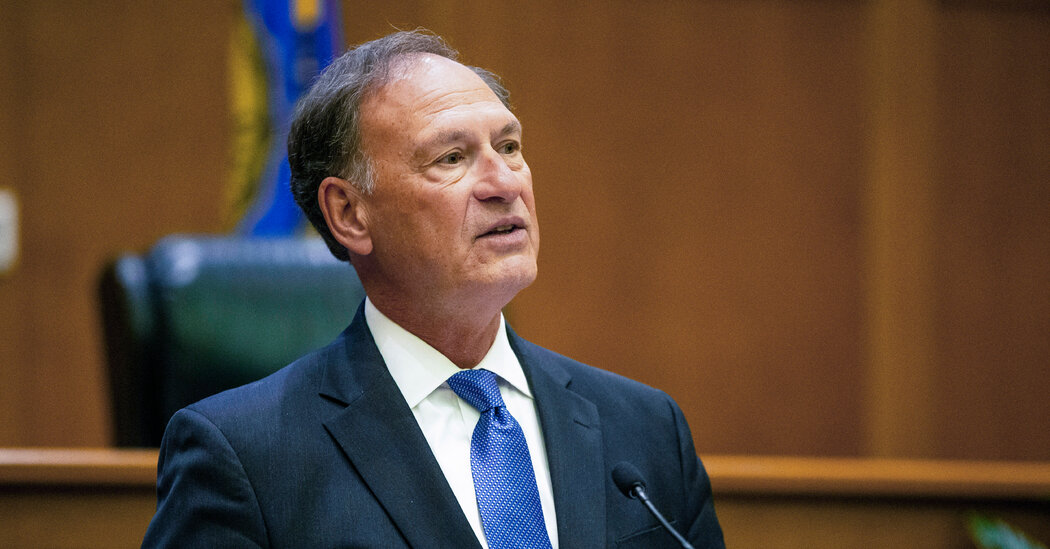 Asked about proposals to expand the court, Justice Alito said that was a matter for Congress, though he added that roughly nine members seemed about right to him.

Justice Alito, 72, is the member of the Supreme Court most likely to give formal talks laying out his positions, often in caustic and combative fashion. His colleagues, by contrast, generally favor conversations with friendly interlocutors when they make remarks in public.

The interview on Tuesday was in that second format, with Justice Alito answering questions posed by John G. Malcolm, a Heritage Foundation official. The justice’s tone was generally mild and cautious.

But he took strong issue with the state of free speech on college campuses.

“It’s pretty abysmal,” he said. “It’s disgraceful. It’s dangerous for our future as a united democratic country. We depend on freedom of speech. Freedom of speech is essential. Colleges and universities should be setting an example, and law schools should be setting an example for universities because our adversary system is based on the principle that the best way to get at the truth is to have strong presentations of opposing views.”

He added, “Law students should be free to speak their minds without worrying about the consequences, and they should have their ideas tested in rational debate.”

More generally, he said the First Amendment’s protection of speech was central to democratic self-government. “Any speech involving public issues — involving politics, government, history, economics, law, science, religion, philosophy, the arts, anything of that level of importance — the general rule has to be that the government has to stay out,” Justice Alito said.