American Prisoners Are Released From Venezuela and Iran 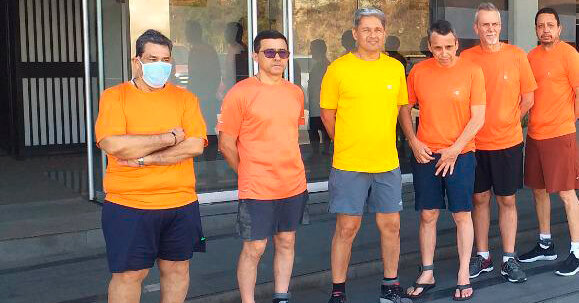 Asked whether the release of the Venezuelan drug smugglers would prompt Mr. Maduro to detain more Americans, the senior administration official said he hoped the Venezuelan president and others would realize that the president’s decision was a “rare” action that is not likely to be repeated often.

In Iran, it was unclear what had prompted the release of the Namazis.

“We’ve been working on a furlough for years, he would be eligible for furlough after he served more than half his term. This has been long coming,” said Jared Genser, the pro bono lawyer for the Namazi family. “We are not there yet, we are not going to rest until all the Namazis are able to return to the U.S. and their long nightmare finally comes to an end.”

Mr. Genser said the younger Mr. Namazi’s furlough, while renewable, lasts for just seven days. “He still needs to be able to leave Iran and return to the United States,” Mr. Genser said. “We hope and pray that will happen soon, but there has been no agreement between the U.S. and Iran to release all the American hostages.”

António Guterres, secretary general of the United Nations, said in a statement on Saturday that he was grateful that the senior Mr. Namazi, a former senior official for UNICEF, was permitted to leave Iran for medical treatment abroad following Mr. Guterres’s appeal to President Ebrahim Raisi of Iran.

Mr. Namazi is scheduled to have an operation on Monday for blockage in one of the main arteries in his brain, according to Mr. Genser.

“We will continue to engage with the Iranian authorities on a range of important issues, including the regional situation, sustainable development and the promotion and protection of human rights,” said a U.N. spokesman, Stéphane Dujarric, in a statement.

Iran’s decision to show leniency to the Namazis comes amid nationwide protests against the government that have gone on for two weeks and show no sign of abating. Iran had resisted for years appeals to release the Namazis from the U.N. and from international activists, human rights groups and other countries.

On Saturday, antigovernment protests continued across Iran, with crowds chanting for an end to the Islamic Republic’s rule, according to videos posted on social media. Thousands of students staged demonstrations at university campuses across the country demanding the release of their jailed classmates. Iranians in the diaspora on Saturday held large protests in over 100 cities around the world in solidarity with the people of Iran and the 22-year-old woman, Mahsa Amini, whose death in custody of morality police had sparked the protests.