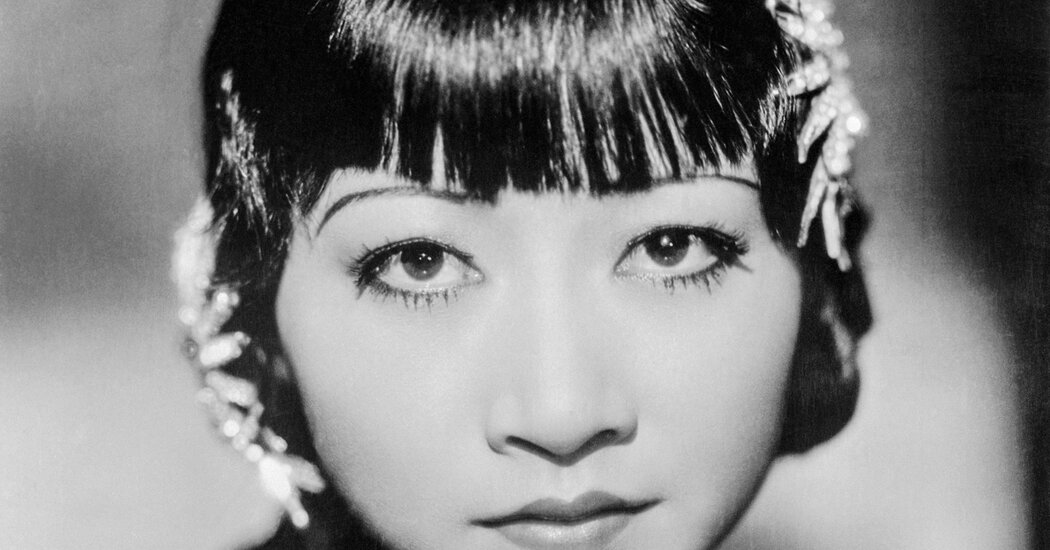 LOS ANGELES — As a 14-year-old girl, the daughter of immigrants in this city’s Chinatown, Anna May Wong talked her way into her first role in a movie. Over the decades-long career that followed, she rose to become the first Asian American film star in Hollywood. When Wong died in 1961, The New York Times called the actress, known for her large, expressive eyes and flapper-era styles, “one of the most unforgettable figures of Hollywood’s great days.”

Now Wong is gaining another coveted role — on the quarter. Part of a new effort that also put the writer Maya Angelou and the astronaut Sally Ride on currency, the U.S. Mint on Monday will begin producing coins pressed with Wong’s image, a close-up of her face resting on an elegant, manicured hand.

The new quarter honors not just Wong’s trailblazing career but also the difficulties she faced trying to secure meaningful roles as an Asian American actress in an era of “yellowface” and anti-miscegenation laws. “Decades before the civil rights-generated category of Asian American existed, Wong grappled with how to be an Asian American actress,” Shirley Jennifer Lim, a Stony Brook University history professor, wrote in her book about Wong’s career.

The U.S. Mint is expected to create more than 300 million Wong quarters, and she will become the first Asian American to be on U.S. currency. It’s an honor that feels particularly meaningful given how much Wong struggled to be seen as American, Lim told me. “When you get change,” she said, “she could actually be there in the palm of your hand.”

Wong was born in 1905 in Chinatown, the daughter of a laundryman who ran a shop on Figueroa Street. Around that time, the movie industry was settling in Los Angeles, and productions were increasingly shot in Wong’s neighborhood.

“I would play hookey from school to watch the crews at work, though I knew I would get a whipping from my teacher, and later from my father, for it,” Wong is quoted as saying in the book “Perpetually Cool: The Many Lives of Anna May Wong,” by Anthony Chan. “I would worm my way through the crowd and get as close to the cameras as I dared. I’d stare and stare at these glamorous individuals, directors, cameramen, assistants and actors in greasepaint, who had come down into our section of town to make movies.”

Wong decided she wanted to act, and began playing background characters until her first leading role in “The Toll of the Sea” (1922) at age 17. But her career was stymied by the limited number of parts for Asian American actors and the stereotypes they often traded in. (Wong famously said that she had “died a thousand deaths” because she was killed in every film she acted in.)

Wong was widely considered to be one of the most beautiful women in Hollywood, but often could not play romantic leads because of laws prohibiting actors of different races from kissing each other onscreen. She moved to Europe, where she enjoyed greater opportunities for nonwhite actors, starred in several films and even acted in a play opposite Laurence Olivier.

But she continued to bump up against unfair restrictions in Hollywood. When Metro-Goldwyn-Mayer was casting “The Good Earth” in the 1930s, based on the Pearl S. Buck novel about Chinese farmers, Wong was considered a shoo-in for the film’s leading actress role. But a white actor was selected to star in the movie, who would have played Wong’s husband, and she was taken out of the running. (The actress who eventually got the role, Luise Rainer, won an Oscar for her performance.)

“Anna May Wong was basically ‘hashtag representation matters’ decades before Twitter was even invented,” said Paula Yoo, a screenwriter in Los Angeles who wrote a children’s book about Wong’s life. “That’s why this quarter is important — because she’s minted, she’s part of Americana, she’s part of American history.”

The Wong quarter will be the fifth released this year as part of the American Women Quarters Program, which calls for five new coins each year from 2022 through 2025. Representative Barbara Lee, the California Democrat who sponsored a bill promoting the coins’ creation, said in a statement that she was proud to have led an effort honoring the “phenomenal” women who are often overlooked in American history.

Along the Hollywood Walk of Fame on a recent morning, tourists tilted their heads to read the names emblazoned on the sidewalk. At the busy intersection of Hollywood Boulevard and Vine Street was a star highlighting in gold “Anna May Wong,” an honor the actress was awarded in 1960, one year before her death.

Next to Wong’s star was one for the actress Lucy Liu, who in 2019 became the second Asian American woman to receive a star on the Walk of Fame. In her speech, Liu thanked Wong for charting a path for her and other actors.

“We could actually start our own little Chinatown right here,” she joked, pointing to their neighboring stars.

For $3 million: A Craftsman-style home in Novato, a rural compound in Fort Bragg and a renovated 1951 house in San Diego.

“My favorite place in California is Channel Islands National Park. The water is so clear and the islands are rugged, as a part of our national park system. The Chumash people and early California settlers found these pristine waters, and now visitors can enjoy them year round. The islands are known as the Galápagos of North America because of the animals and plants that are native only to the islands. Access the islands’ paradise on a two-hour cruise across the channel from Channel Islands Harbor, Oxnard. If you’re lucky, the boat captain will slow for a pod of whales or hundreds of dolphins will rush the boat. Sign up for an all-day visit, bring your water and picnic food, hike, kayak or experience an overnight adventure with an island naturalist. Each island in the chain has unique characteristics, and they are a treasure for California.”

Tell us about your favorite places to visit in California. Email your suggestions to CAtoday@nytimes.com. We’ll be sharing more in upcoming editions of the newsletter.

What are your favorite places to visit in California?

Email your suggestions to CAtoday@nytimes.com. Please include your name and the city in which you live. We’ll be sharing more travel tips in upcoming editions of the newsletter.

The band’s tour manager, Gage Freeman, said that the California band wanted to play for the Native American community. “It’s something they’ve never done,” Freeman told The North Coast Journal. “There are not a lot of big rock bands rolling through here, right?”

During the show, the lead vocalist Anthony Kiedis said that no matter what was to come, “This is my favorite show of the entire year, without a doubt! Without a doubt!”

Thanks for reading. I’ll be back tomorrow. — Soumya

Briana Scalia, David Poller and Steve Moity contributed to California Today. You can reach the team at CAtoday@nytimes.com.

Sign up here to get this newsletter in your inbox.