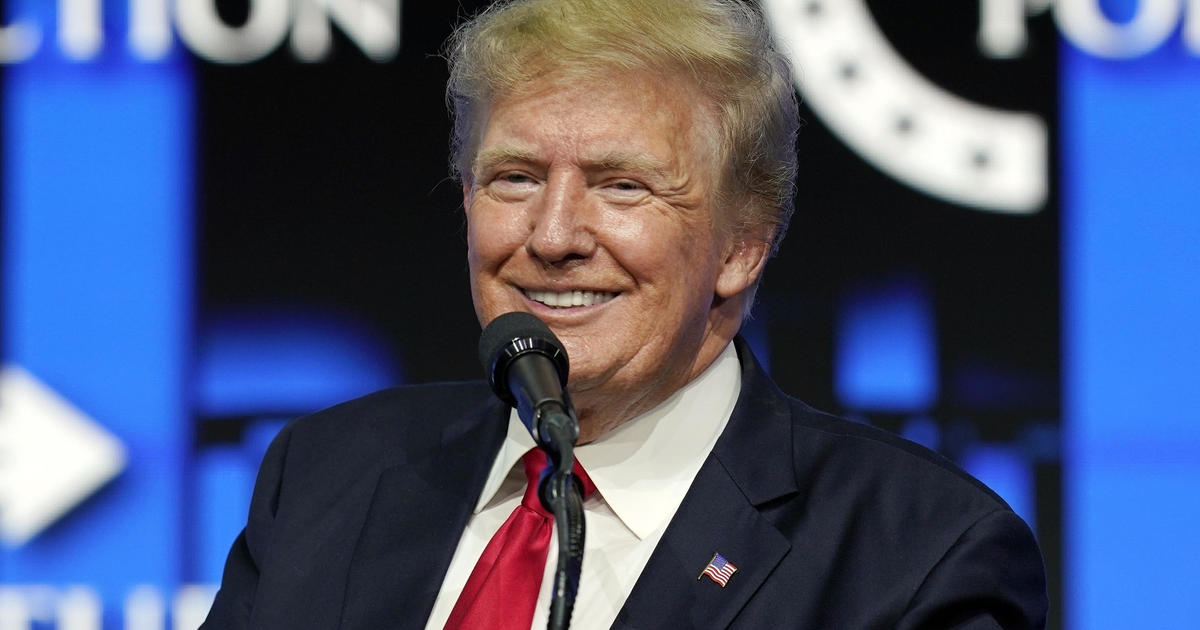 Truth Social, the social media platform backed by former president Donald Trump, aims to provide an “open, free and honest global conversation.” But one place would-be users won’t be free to access the service is on Google’s Play store. The internet giant says it isn’t allowing downloads of the app due to violent content.

The Google Play app store allows people to pre-register for Truth Social, but they can’t yet directly download the service from the site, unlike at Apple’s App Store. In a statement to CBS MoneyWatch, Google said that it had notified Truth Social on August 19 about “several violations of standard policies in their current app submission.”

The snag with Google is yet another stumbling block for Truth Social, which rolled out earlier this year and has since struggled to find advertisers. The company has also allegedly fallen behind in payments to one of its vendors, with Fox News reporting that the service owes about $1.6 million to its web hosting service.

Key to the social media platform’s success will be attracting enough users to convince advertisers to pay up for promotions. Yet getting the snub from Google’s app store may crimp Truth Social’s ability to gain new members, given that 4 in 10 mobile phones use Google’s Android platform.

Google said that it requires apps to have “effective systems for moderating user-generated content” in order to be included on its Play app store, a spokesperson told CBS MoneyWatch.

While Truth Social has been available on Apple’s App Store since early 2022, the company only started developing an Android app a few weeks ago, according to the New York Times, which earlier reported the dispute between Truth Social and Google.

Trump Media & Technology Group said in a Tuesday statement that it “has continuously worked in good faith with Google to ensure that the Truth Social Android App complies with Google’s policies without compromising our promise to be a haven for free speech.” It added that its terms of service have been described as “among the most robust in the industry” by “independent observers.”

“TMTG has no desire to litigate its business matters in the public sphere, but for the record, has promptly responded to all inquiries from Google,” it added. “It is our belief that all Americans should have access to Truth Social no matter what devices they use.”

Violations of Google’s policies on Truth Social include physical threats and incitement to violence, according to the company.

“Last week Truth Social wrote back acknowledging our feedback and saying that they are working on addressing these issues,” the Google spokesperson added.

However, last week Devin Nunes, the former congressman who now runs Truth Social, blamed Google for the holdup. “I don’t know what’s taking so long,” he said in a video posted by Real America’s Voice.

Nunes’ comments misrepresent the dialogue between the companies, according to Google.

Truth Social is running into other stumbling blocks as well. Earlier this month, the company’s application to trademark its name was rejected by the U.S. Patent and Trademark Office, which said Truth Social’s name is too similar to other businesses. That could cause consumers to be “confused, mistaken or deceived as to the commercial source of the goods and/or services of the parties,” the agency said.

The company is also facing problems with its merger with blank-check company Digital World Acquisition Corp. (DWAC). DWAC earlier this week warned that the company’s success could be tarnished due to “adverse reactions to publicity relating to President Trump,” including if “further controversies” damage his credibility.

And the DWAC combination with TMTG could be harmed by several regulatory investigations, DWAC warned earlier this month in a regulatory filing. It noted that the company “recently received subpoenas from the SEC seeking various documents regarding, among other things, our due diligence regarding TMTG” and that they also received grand jury subpoenas seeking similar information.

Shares of DWAC have plunged more than 50% year-to-date.