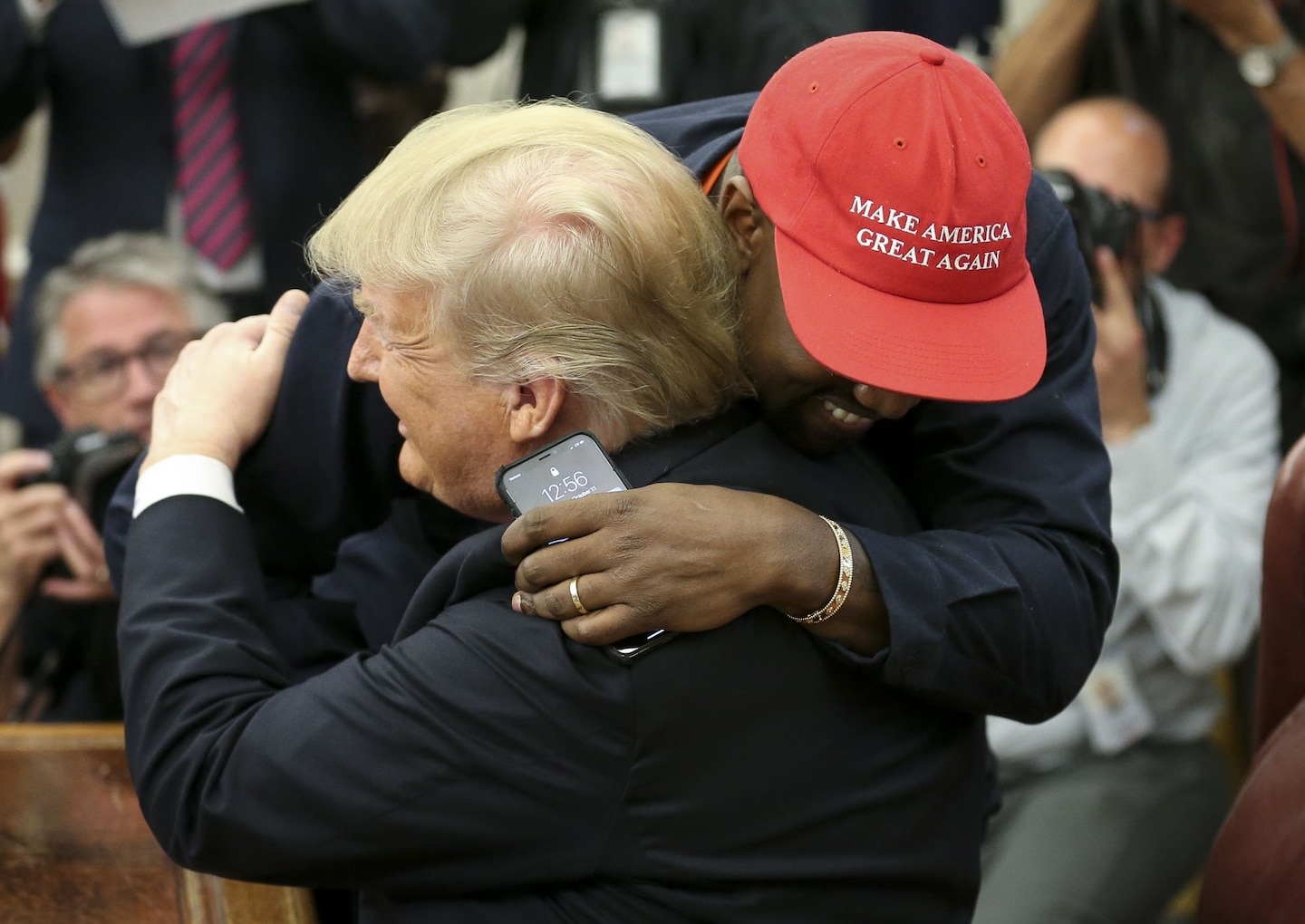 Former President Donald Trump has found time to call for the “termination” of the Constitution on social media, yet he still hasn’t managed to criticize comments made by his recent private dinner guest, Ye — the rapper formerly known as Kanye West — who took to a podcast to praise Hitler, deny the Holocaust, and express sympathy for Nazis. Trump’s other guest that night, the white supremacist Nick Fuentes, has called for “a total Aryan victory.”

It would be tempting to dismiss such statements as the usual rantings by the usual crazies, except that the host of this vile gathering is still the odds-on favorite to be the Republican nominee for president. If Trump can’t bring himself to condemn such sentiments, his party needs to.

The ex-president’s dinner came as public expressions of antisemitism seem to be surging. In the weeks after Elon Musk purchased Twitter Inc. in October, smears against Jews on the platform rose by 61%, according to a recent study. Another analysis found antisemitic incidents, including assaults and vandalism, reached an all-time high in the US last year. Some of the hatred may have been fueled by NBA star Kyrie Irving, who promoted a movie that traffics in ugly antisemitic tropes and false claims, then didn’t seem to understand what he had done wrong. (He has since apologized.)

While athletes, singers and other celebrities aren’t paid to be brain surgeons — Irving had previously been a member of the flat-earth club — they are public figures, and it’s necessary for the public to hold them accountable when their ignorance leads them to promote bigotry, which can sometimes lead to violence.

Over Thanksgiving weekend, New York City police officers arrested two men who had carried guns into the city, along with a Nazi armband, after picking up online chatter about a possible attack on a synagogue. An apparently similar plot was interrupted in New Jersey last month. Were it not for swift police work, there could well have been a repeat of the horror visited on Pittsburgh’s Tree of Life synagogue in 2018, when 11 people were murdered by a gunman spewing the kind of hateful bile that Trump has often fostered through dog whistles.

It was good to see at least a few Republicans take issue with Trump this time. But most did so tepidly and cautiously, criticizing his dinner guests while going easy on him — the usual dance of the yellowbellies, the same one that many Democrats engage in when antisemitism appears on the left, as it regularly does.

Sadly, antisemitism is a bipartisan problem, and Democrats who rightly criticize their counterparts for lacking the courage to call it out in their party often look the other way when progressives — sometimes in Congress — exclude supporters of Israel from their events, bully them on college campuses, and blame Jewish money for controlling American foreign policy. Progressives who tolerate such biases are feeding the same hatred as West and Fuentes.

Fortunately, some of Trump’s Jewish supporters spoke out forcefully about him breaking bread with bigots, saying they’ve finally had enough. The rest of the party needs to do the same. With his latest round of recklessness, the former president is giving Republicans a chance to do what they should’ve done long ago: repudiate him unequivocally and rally their party against him. Failing that, the GOP faces the possibility of becoming the party of open bigotry, and the nation faces a potentially catastrophic repeat of Trump’s failed presidency.

As the presidential campaign kicks off, Republicans cannot continue to duck and cover, nor can they continue excusing Trump’s dalliances with extremists. The future of the country doesn’t rest with whatever the ex-president happens to post on social media. It rests with whether his party has finally had enough of the whole sordid show — and has the courage to stand up and say so.

• After Kanye, Will Adidas Have a Gulden Age?: Andrea Felsted

The Editors are members of the Bloomberg Opinion editorial board.