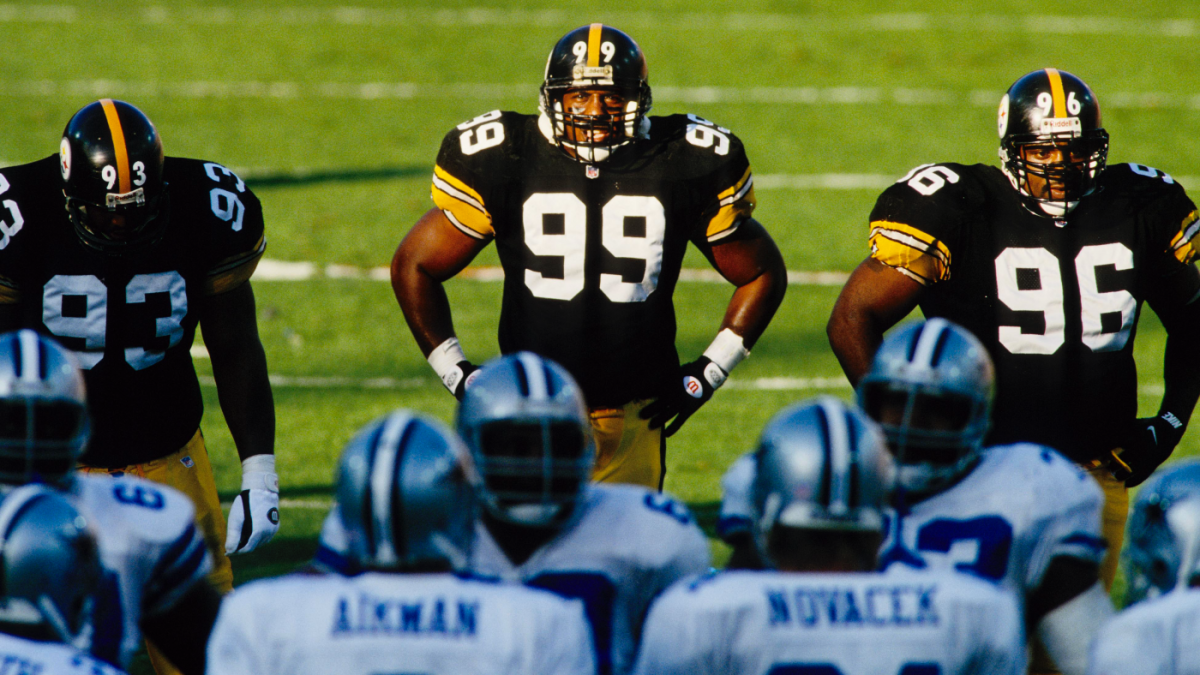 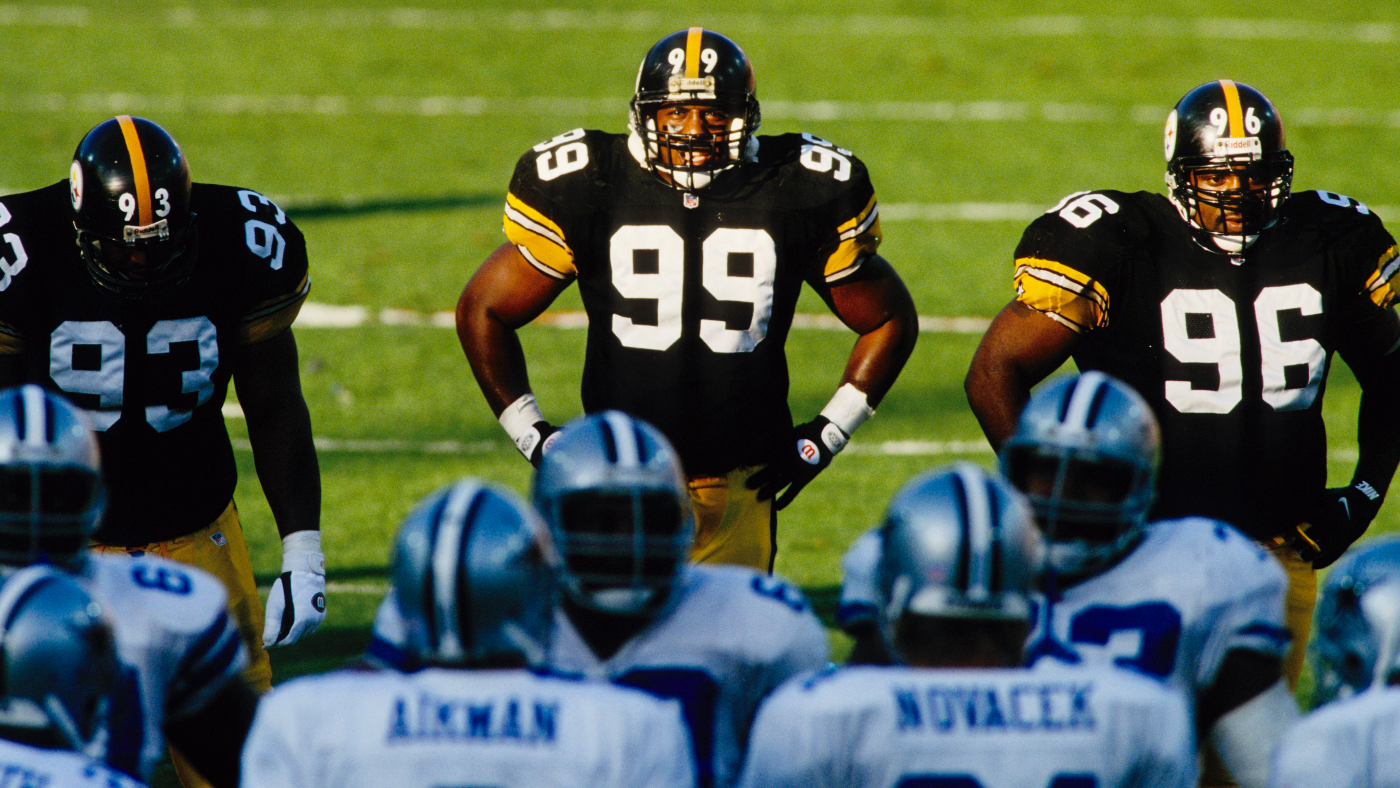 If anyone knows what both the Bills and Steelers are currently going through, its former Pittsburgh linebacker Levon Kirkland. An All-Decade linebacker during the 1990s, Kirkland was part of several memorable games where his team was either a heavy favorite or a decided underdog.

In the 1995 AFC Championship Game, the Steelers survived a last-second Hail Mary to outlast the Colts, who entered the game as an 11-point underdog. Pittsburgh’s 20-16 win over Indianapolis came a year after the Steelers were upset by the Chargers one game shy of the Super Bowl.

“We didn’t take (the Colts) lightly,” Kirkland told CBS Sports during the Steelers’ recent alumni weekend. “They played us hard. San Diego, I thought we were a little bit arrogant going into that game. I thought that we took those guys too lightly. It’s just a lesson learned that you can’t take opponents lightly.”

“I think they did,” Kirkland said. “I think they thought, ‘We’re the Dallas Cowboys, we’re going to run over these guys.’ They didn’t understand that we were from Pittsburgh. We weren’t going to be punk’d by nobody. I don’t care if you won two of the last three Super Bowls.”

It initially looked like the Cowboys would cover the spread. They led 13-0 early after scoring on each of their first three possessions. It would have been 17-0 if not for a pass interference call on receiver Michael Irvin on the Cowboys’ third possession. Meanwhile, the Steelers offense struggled to gain traction against the Dallas defense, led by future Hall of Fame players Deion Sanders and Charles Haley.

Pittsburgh finally found its footing before halftime. The Steelers defense forced a three-and-out on the Cowboys’ fourth possession before the offense made it a 13-7 game on Neil O’Donnell’s touchdown pass to Yancey Thigpen. Despite being outplayed for the game’s first 26 minutes, the Steelers had momentum entering the second half.

“We just kind of settled down,” Kirkland said. “If you’ve never been in that situation before, it’s a big deal. Even if you’re a seasoned pro, it’s a little nerve wracking. I think once we settled down and we stopped them, held them to a field goal, we felt like, ‘OK, we can play with these guys, we can stop these guys.’ And we were really good against the run.”

“We were fast and we were tough,” Kirkland said. “I don’t think they were used to the 3-4 as well. So once we kind of got a beat on them, they couldn’t do anything.”

Kirkland had the game of his life. He had eight tackles that included several tackles of Smith at or behind the line of scrimmage. He also came up with a sack of Aikman that led to a Cowboys punt with Dallas protecting a 20-17 lead with just over four minutes to play.

“It would have been the highlight if we would have won,” Kirkland said of the sack. “If Emmitt doesn’t clip me at the end, I probably would have hit Troy Aikman to the next week.”

As Kirkland alluded to, the Steelers didn’t upset the Cowboys to pull off what would have been the second-largest upset in Super Bowl history, second only to the Jets’ upset win over the Colts in Super Bowl III. On Pittsburgh’s ensuring drive following Kirkland’s sack, O’Donnell threw his second interception of the half to Cowboys cornerback Larry Brown. Brown, who was all by himself on both passes, set up both of the Cowboys’ second-half scores, which included Smith’s game-clinching touchdown with 3:47 left. Dallas won the game, 27-17.

Covering the spread was a testament to the Steelers’ resolve in the face of an extremely formidable opponent. It didn’t change the fact, however, that the Steelers lost a game they dominated from a statistical standpoint.

“If we don’t turn the ball over, I think we win this game by at least two possessions,” Kirkland said. “They took us a little lightly, until we were in the game, then it was like, ‘Whoa, these guys can play with us.'”

Like Kirkland’s team, Pickett and the Steelers are not looking at themselves as underdogs, despite the odds placed against them.

“We know how great we can be when we’re detailed and we execute at a high level,” Pickett said earlier this week. “That’s something that we need to take care of during the week or we won’t have a shot.

“It’s the details. It’s the little things. Guys running at the right depth. I’ve got to be on time, give a great ball, (and) they’ll make the plays. The line will protect; they’ve been doing an unbelievable job all year. So I have a ton of confidence in those guys. So it’s really everyone doing their (job) and we’ll be OK.”