At least 13 killed, many wounded in school shooting in Izhevsk, Russia 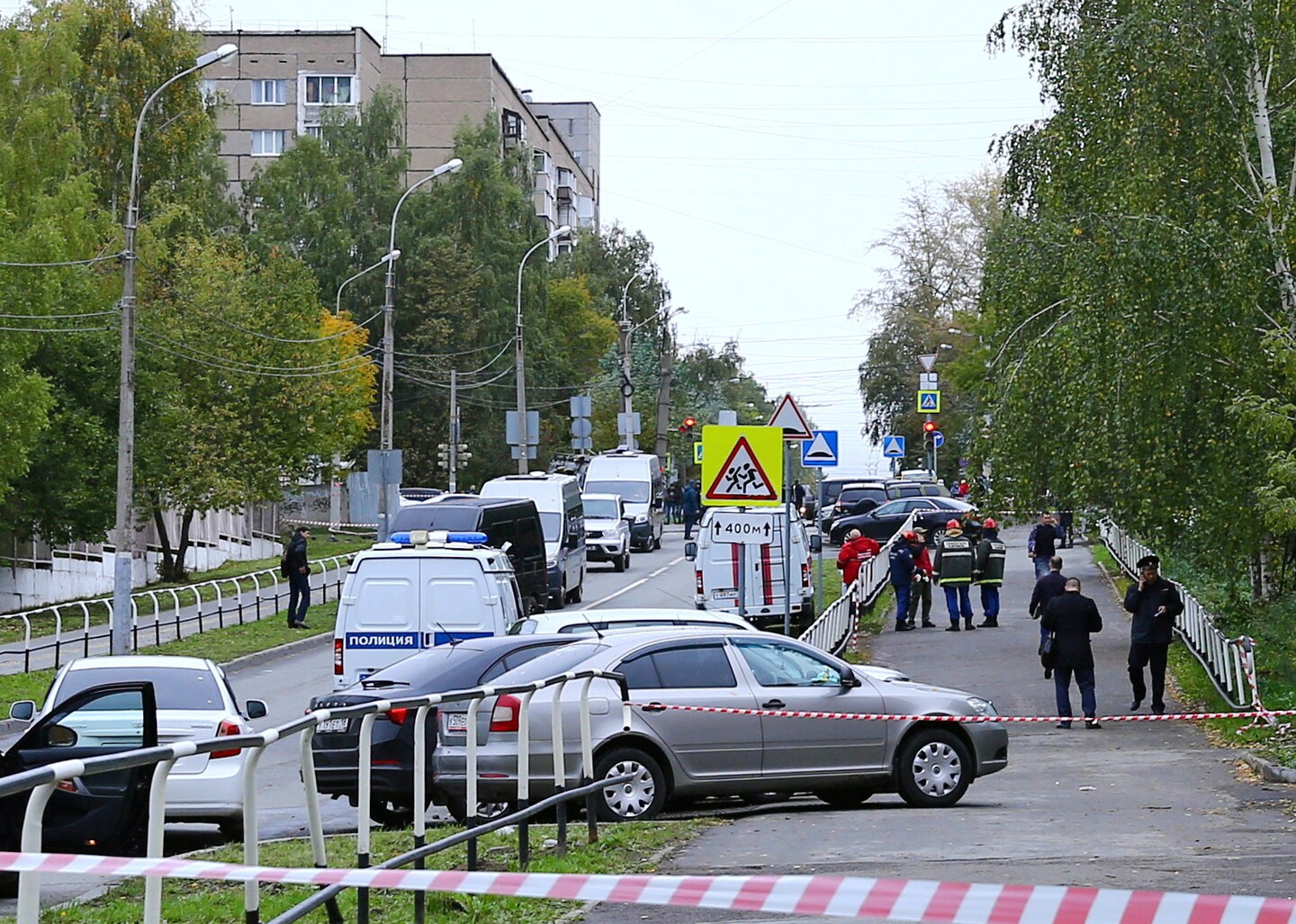 At least 13 people were killed, including seven children, when a gunman wearing a T-shirt with a red swastika, opened fire on Monday in a school in the central Russian city of Izhevsk, Russia’s Investigative Committee reported. The gunman, reportedly armed with two weapons, also killed himself.

Among the dead were a school security guard and two schoolteachers. The Investigative Committee said that 21 people were injured — 14 children and seven adults.

The attack occurred at School No. 88 in Izhevsk, the capital of the Udmurt Republic, a region in central Russia west of the Ural mountains. The Investigative Committee identified the gunman as Artem Kazantsev, a 34-year-old local resident and former student at the school. Investigators were searching his residence.

The shooting did not appear to be connected with a spate of violence in recent days that followed Russian President Vladimir Putin’s declaration of a partial military mobilization. In one of the latest incidents, a young Russian man on Monday shot the chief of a local military enlistment office in the Irkutsk region of Siberia.

The school shooting in Izhevsk, by contrast, may have been a hate crime.

The gunman, clad in black pants, black jacket, the swastika T-shirt, and a black balaclava, shot the school security guard before walking into the school and opening fire on children, many of them as young as 7 years old, according local media accounts.

“An unknown assailant broke into School Number 88, killed the security guard, started shooting,” the head of Udmurt republic, Alexander Brechalov, said before the attacker had been identified. “There are victims among the children. The assailant committed suicide.”

Panic-stricken children fled the school during the attack, as police with pistols raised rushed up stairwells and along school corridors, according to video aired by independent local media.

Children huddled silently with their teachers in classrooms, according to videos published by local media. In another video, shots could be heard as the children and staff hid.

A seventh-grade boy at the school jumped from a third floor window to escape the shooting and broke his leg, Russian newspaper Moskovsky Komomolets reported.

Ammunition clips piled on a desk next to the gunman’s body in images of the scene published by local media bore the word “hatred” in red paint. Two pistols near his body had braided cords with the words Columbine, Dylan and Eric, a reference to the 1999 Columbine school massacre in which 13 people were killed by Eric Harris and Dylan Klebold.

The Kremlin spokesman, Dmitry Peskov, called the attack “an inhuman act of terrorism” and said Putin was deeply saddened by it. Peskov said the president telephoned the head of the Udmur Republic and other officials and “gave all the necessary instructions.”

Putin has insisted that the war in Ukraine is intended to eliminate “Nazis” from eastern Ukraine, and he and his supporters have referred, without basis, to the elected government in Kyiv as a “Nazi regime.”

Russia, however, has long had far-right, neo-Nazi elements within its own population. It was not clear if the gunman who attacked the school in Izhevsk was a member of any such group in Russia.

School shootings in Russia are relatively rare in comparison with the United States but may be becoming more common, with three mass shootings at educational institutions since May last year.

Just over a year ago, an 18-year-old university student, Timur Bekmansurov, killed six people and wounded 47 at Perm State University.

In May last year, Ilnaz Galyaviev, 21, killed nine people at a school in Kazan, Tatarstan, including seven children.

The latest: Russian President Vladimir Putin announced a “partial mobilization” of troops in an address to the nation on Sept. 21, framing the move as an attempt to defend Russian sovereignty against a West that seeks to use Ukraine as a tool to “divide and destroy Russia.” Follow our live updates here.

The fight: A successful Ukrainian counteroffensive has forced a major Russian retreat in the northeastern Kharkiv region in recent days, as troops fled cities and villages they had occupied since the early days of the war and abandoned large amounts of military equipment.

Annexation referendums: Staged referendums, which would be illegal under international law, are set to take place from Sept. 23 to 27 in the breakaway Luhansk and Donetsk regions of eastern Ukraine, according to Russian news agencies. Another staged referendum will be held by the Moscow-appointed administration in Kherson starting Friday.

Photos: Washington Post photographers have been on the ground from the beginning of the war — here’s some of their most powerful work.