Attack on Nancy Pelosi’s Husband, Paul Pelosi: What We Know 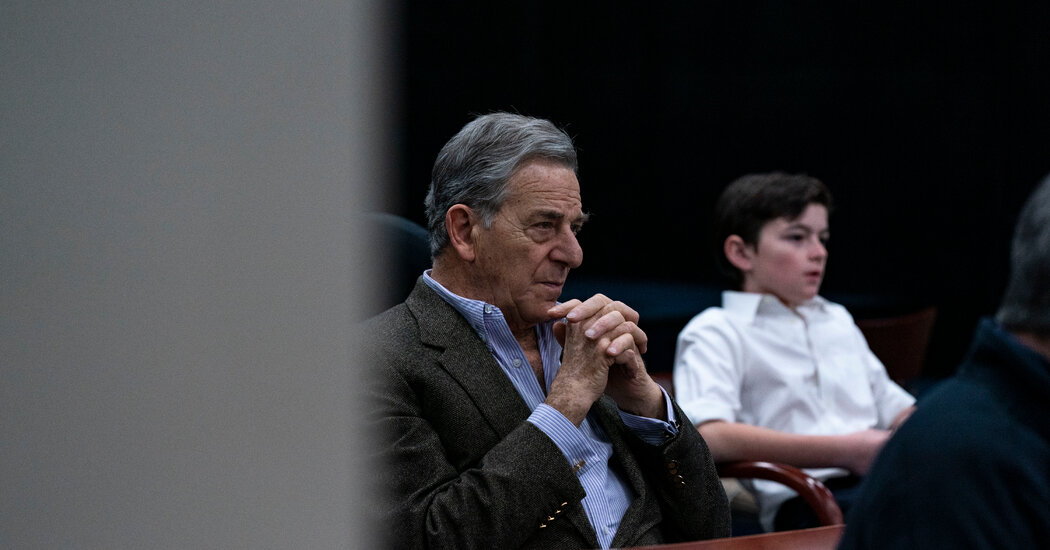 Paul Pelosi, the husband of House Speaker Nancy Pelosi, was assaulted by a man who broke into the couple’s house in San Francisco early on Friday morning and attacked him with a hammer, the authorities said.

On Friday, a spokesman for Ms. Pelosi, Drew Hammill, said in a statement that “an assailant broke into the Pelosi residence in San Francisco and violently assaulted Mr. Pelosi” earlier that morning. Mr. Pelosi, 82, was hospitalized but was expected to make a full recovery, Mr. Hammill said.

The police arrived at the scene to see the intruder and Mr. Pelosi struggling over a hammer before the man attacked Mr. Pelosi. Officers “immediately tackled the suspect” and disarmed him, Chief William Scott of the San Francisco police said at a news conference.

The police have a suspect in custody.

The San Francisco police said they took a suspect into custody sometime after the break-in, which was reported just before 2:30 a.m. local time, a spokesman for the department, Officer Robert Rueca, said in a statement.

The attacker was identified as David Depape, 42. Chief Scott said Mr. Depape would be charged with attempted homicide, assault with a deadly weapon, elder abuse, burglary and “several other additional felonies.”

The Capitol Police said special agents from its field office in California “quickly arrived on scene.” Investigators from the agency’s threat assessment section on the East Coast were dispatched to assist the F.B.I. and the San Francisco police.

The Speaker was not at home.

Ms. Pelosi was in Washington, D.C., with her protective detail at the time of the break-in, the Capitol Police said.

The Pelosis have owned a three-floor red brick townhouse in San Francisco’s exclusive Pacific Heights neighborhood since 1987. In January 2021, after Congress passed a stimulus bill, their home was vandalized with graffiti, and a pig’s head was left on the sidewalk. The vandalism occurred before the Jan. 6, 2021, attack on the U.S. Capitol.

A motive for the attack was not immediately clear.

The motive for the attack on Mr. Pelosi was not clear on Friday morning, but the assailant was in search of Ms. Pelosi, according to a person briefed on the attack. Before the assault occurred, the intruder confronted Mr. Pelosi in their home shouting, “Where is Nancy, where is Nancy?”

Since the Jan. 6 attack on the Capitol, members of Congress from both parties have experienced a surge in threats and confrontations, including stalking, armed visits to their homes and assaults.

Who is Paul Pelosi?

Mr. Pelosi is a real estate and technology investor. He met Ms. Pelosi at Georgetown University in Washington, and they married in 1963.

He was also in the news in August, when he pleaded guilty to a single count of driving under the influence of alcohol in connection with a car accident in Napa County, Calif., where the Pelosis own a vineyard. He was sentenced to five days in jail, though he did not have to serve that time, and eight hours of community service.

The White House press secretary, Karine Jean-Pierre, said on Friday that President Biden had called Ms. Pelosi and that he was praying for Mr. Pelosi and the Pelosi family. “The President continues to condemn all violence, and asks that the family’s desire for privacy be respected,” Ms. Jean-Pierre said in a statement.