Beth L. Fossen: Name-calling in politics grabs headlines, but voters don’t like it 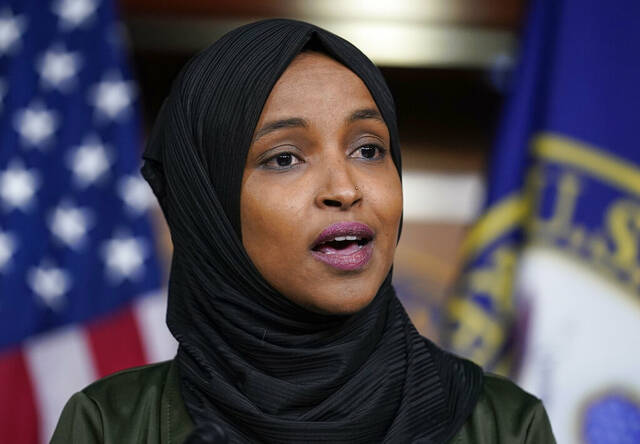 Spending on political advertising is setting records in the midterm elections. But evidence shows that negative messages might discourage voters from casting ballots altogether.

As the 2022 midterms get closer, political attacks in campaign
advertisements are on the rise.

Uncivil messages by politicians have become more and more common in the past decade. Political attacks are now a regular occurrence in an increasingly polarized political environment, encouraging voters to get mad and plan to vote ahead of Election Day in November.

But that doesn’t mean these kinds of advertisements and personal attacks actually work.

My research on political advertising suggests that highly polarized communications could be losing their persuasive power and can even backfire in the upcoming midterms, hurting a candidate’s chances.

My research shows that political ads and language do indeed put people in a negative mood. Even simply asking voters to think about politics is enough to get them angry. This negativity is amplified if an ad specifically attacks an opposing candidate.

There are a few factors that help explain why political campaigns and attacks on opponents have become more toxic in recent years.

First off, voters are more emotional and angrier than ever before. This emotion about politics has been linked to the normalcy of anger in our day-to-day lives and increased political competition — for example, close presidential elections.

Also, Democrats and Republicans are interacting less and less. This social polarization comes as political identity is more important to voters than ever before. Being a Democrat or a Republican is a core part of who the voter is and shapes both their political decisions and their nonpolitical ones, such as whom they hang out with.

There is some evidence that voters may be getting tired of negative political communications flooding their screens. Using data from the 2016 U.S. presidential election, my collaborators and I found that political ad messages that are more polarized hurt candidates in the polls and lead voters to talk less about the candidate.

Specifically, we find that voters prefer more centrist and more consistent messaging in political ads, at least in the contexts of recent presidential elections.

Polarized messages particularly hurt a candidate’s election chances if they are off-brand for the candidate — that is, for politicians who are typically moderate and then try to go extreme.

There’s a lot at stake in the midterm elections in November, as every House seat and about one-third of the Senate’s seats are up for grabs. A record-setting $8.9 billion in political ad spending is expected for this election season.

If the dominant tone of this messaging is toxic, political campaigns run the risk of disengaging more and more voters.

Beth L. Fossen is an assistant professor of marketing in the Kelley School of Business at Indiana University.