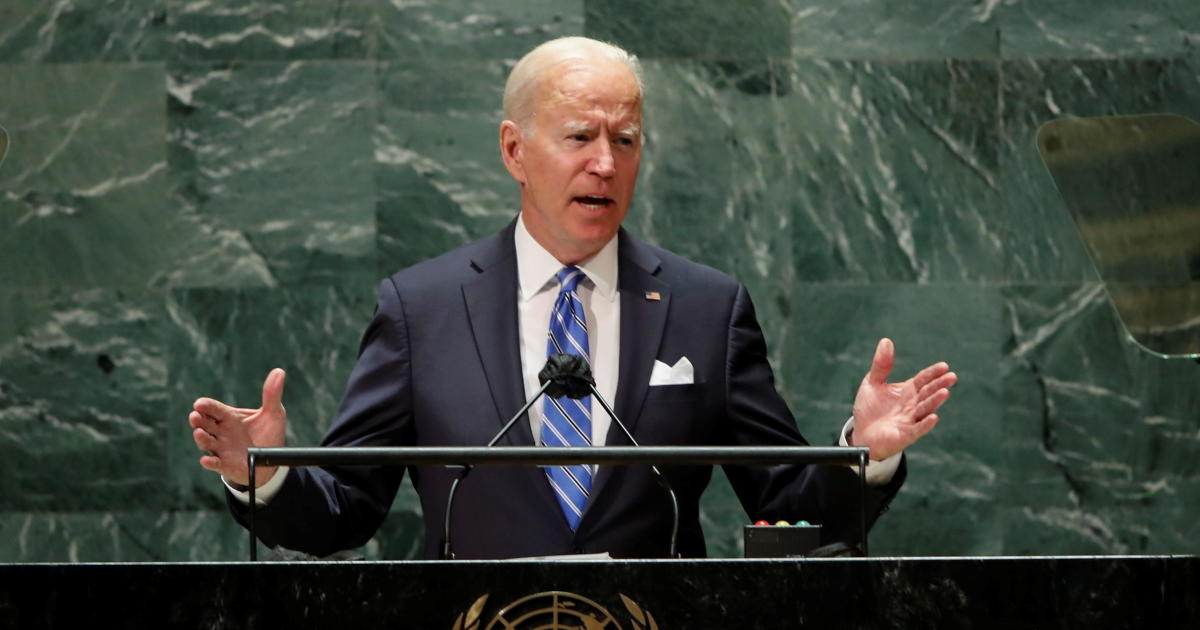 President Biden is set to address the United Nations General Assembly in New York for the second time as president on Wednesday, when he will announce new U.S. investments to address global food insecurity, rebuke Russia over the war in Ukraine and tout his administration’s foreign policy actions since he took office.

The address comes as Mr. Biden seeks to rally global leaders to continue supporting the Ukrainian government with arms and financial aid, with the war now in its seventh month. Mr. Biden will emphasize the principle of the United Nations charter that countries cannot conquer their neighbors by force, national security adviser Jake Sullivan told reporters Tuesday.

Now “is a moment to stand behind the foundational principles of the charter,” Sullivan said during Tuesday’s White House press briefing.

“Among other things, he’ll offer a firm rebuke of Russia’s unjust war in Ukraine and make a call to the world to continue to stand against the naked aggression that we’ve seen these past several months,” Sullivan said, previewing the president’s speech. “He will underscore the importance of strengthening the United Nations and reaffirm core tenets of its charter at a time when permanent members of the security council has struck at the very heart of the charter by challenging the principle of territorial integrity and sovereignty.”

Nearly 200 world leaders are meeting in New York as the ongoing war in Ukraine presents Europe with a very real nuclear threat. On Monday, Ukraine accused Vladimir Putin’s regime yet again of “nuclear terrorism” after a Russian missile struck close to a nuclear power plant in the country’s south. Ukrainian President Volodymyr Zelenskyy is scheduled to address the General Assembly by video on Wednesday. Putin is not attending the gathering.

Russia said this week that it is moving ahead with plans to annex large portions of disputed Ukrainian territory through the use of referendums that the U.S. and Ukraine quickly dismissed as illegitimate. U.S. Ambassador to the U.N. Linda Thomas-Greenfield met with Ukrainian Prime Minister Dmytro Kuleba on Tuesday and “condemned the announcement of Russia-backed referenda within Ukraine’s internationally recognized borders,” a spokesman said.

“These sham referenda are an affront to the principles of sovereignty and territorial integrity that are at heart of the UN Charter,” the spokesman continued. “Ambassador Thomas-Greenfield reiterated that the United States will not recognize any attempt by Russia to claim annexation of Ukraine’s sovereign territory.”

Sullivan said the president will also “make significant new announcements about the U.S. government’s investments to address global food insecurity and he’ll lay out in detail how the U.S. has restored its global leadership and the integrity of its word on the world stage.”

The president’s address comes a day later than originally planned, due to his traveling to the United Kingdom for the funeral of Queen Elizabeth II. At the U.N., Mr. Biden will hold bilateral meetings with leaders of allied nations, including his first meeting with the newly installed U.K. Prime Minister Liz Truss.

The president’s address to the General Assembly last year, his first as president, came as the U.S. was completing its withdrawal of troops from Afghanistan. Then, the president said the global community stood at an “inflection point in history” amid the compounding crises of the COVID-19 pandemic, climate change and other challenges.