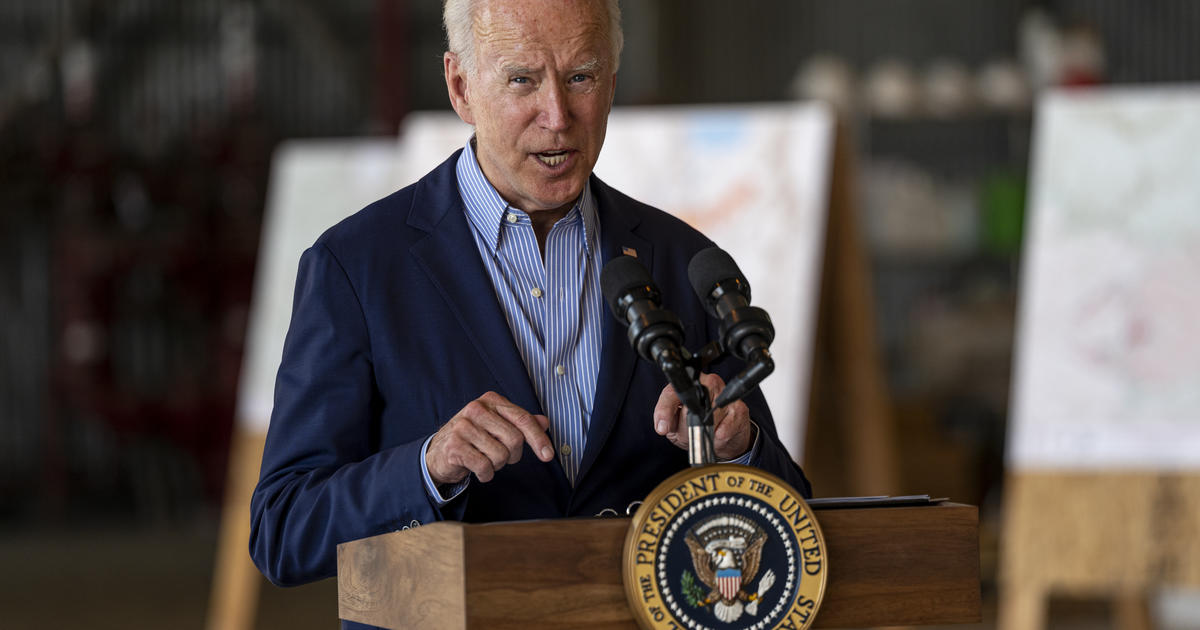 President Biden’s three-state swing out West this week will capture, in a nutshell, the White House’s midterm strategy for a president who remains broadly unpopular: promote his administration’s accomplishments and appear where he can effectively rally the party faithful — all while continuing to rake in campaign cash.

Mr. Biden’s first stop Wednesday is near Vail, Colorado, where he is to designate his administration’s first national monument at the behest of Democratic Sen. Michael Bennet, the state’s senior senator who finds himself in a competitive reelection bid. Then the president will head to California, where he will hold a pair of events promoting two of his most significant legislative achievements and headline a fundraiser for the House Democrats’ campaign arm.

Finally, the president will stop in Oregon, where Democrats’ grip on the governor’s mansion in Salem is being threatened by an unaffiliated candidate who has captured double-digit support in polling, giving an opening for a Republican to win the race outright in November. Early voting starts in Oregon and Colorado next week and is already underway in California.

He is notably staying away from states where his presence could hurt Democrats; on this trip he’s skipping Nevada and Arizona, where incumbent Democratic senators are battling tough re-election bids.

It’s all part of a campaign blueprint fine-tuned over the last several months for Mr. Biden, who has been eager to travel the country but is facing the traditional midterm headwinds against the political party in power, an unsettled economic outlook and presidential approval ratings that have remained stubbornly underwater.

To counter Republican criticisms over the economy and inflation, Democratic candidates have highlighted accomplishments such as bipartisan infrastructure, manufacturing laws, and a sweeping climate, tax and health care package. Those achievements also helped prompt a late-summer uptick in Mr. Biden’s own job performance ratings earlier this year.

Democratic candidates have also been far more likely to appear with Mr. Biden if it’s an official White House event underscoring their achievements, such as the groundbreaking for a computer chip facility in suburban Ohio that was aided tremendously by the law that bolsters domestic semiconductor production.

That’s the approach in Colorado, where the White House says the president will speak about his administration’s efforts to “protect, conserve, and restore some of America’s most cherished lands and waters for the benefit of future generations.”

The president is to designate Camp Hale — an alpine training site where U.S. soldiers prepared for battles in the Italian Alps during World War II — as his administration’s first national monument. Many troops who trained at Camp Hale returned to Colorado after the war and helped create the state’s lucrative ski industry. While most national monuments protect extraordinary natural landscapes, there are at least 12 other military sites designated as national monuments by other presidents.

“I am grateful to President Biden for answering Colorado’s call to honor our veterans, safeguard our wildlife and public lands, and strengthen our outdoor recreation economy,” Bennet said in a statement Wednesday morning.

Bennet will stand alongside Mr. Biden at the announcement, which comes after years of advocacy from the senator and other Democrats in the state. Bennet, in office since 2009, is facing a challenge from GOP candidate Joe O’Dea, a businessman with a moderate profile who national Republicans believe is among the party’s best recruits this cycle. O’Dea dismissed the trip as a stunt.

The political climate in Colorado prompted the Senate Leadership Fund, the primary super PAC dedicated to electing Republicans to the Senate, to make its first investment of the cycle in Colorado last week by sending $1.25 million to O’Dea’s super PAC.

“We’ve been monitoring Colorado and we like what we see there,” Steven Law, the group’s president, said,

The president will return to his standard midterm pitch in California, where he plans to highlight the Democrats’ climate and health care package that the party hopes is its political panacea for voters’ inflation concerns, despite the law’s indiscernible impact on prices in the short term.

Democrats also believe a ballot referendum that would enshrine access to abortion and contraceptives in the state constitution will keep the issue in the spotlight for their California candidates, even as the issue fades elsewhere. But rising gas prices — California has the highest in the nation at roughly $6.20 a gallon — will be an unwelcome political backdrop for Mr. Biden.

Republicans think they can capitalize on gas prices, inflation and the economy as they look to defend and pick up five House seats across the state. Both parties are eyeing at least two offensive opportunities in the Orange County area, where Biden will speak Friday on lowering costs one day after the federal government releases its final inflation report before Election Day.

Mr. Biden will also talk up the bipartisan infrastructure law, signed last fall, at a separate speech in Los Angeles and hold his first fundraiser this cycle that directly benefits the Democratic Congressional Campaign Committee. The president headlined a dozen receptions this year for the Democratic National Committee that have brought in more than $20 million.

It’s in Oregon that Mr. Biden’s political pull will be tested among Democratic voters.

The party is in danger of losing the governor’s race in the traditionally blue state, as Betsy Johnson — a former Republican and Democrat who has since quit both parties — has mounted a well-financed bid against both Democratic nominee Tina Kotek and the GOP’s pick, Christine Drazan. Democratic officials hope that while in Oregon, Mr. Biden can help consolidate the party’s support behind Kotek.

“That is a huge factor in this race,” David Turner, a spokesman for the Democratic Governor’s Association, said of Johnson’s candidacy. “I don’t think we would be talking about this race if Betsy Johnson wasn’t in it.”

Republicans for months have sensed an opportunity in the Oregon race, not just from Johnson’s bid but on a message of homelessness and crime that has been a top concern for the state’s voters.

“Democrats are panicked their multi-decade grip on the governor’s office is slipping away as Christine Drazan connects with a majority of Oregon voters who yearn for change,” said Jesse Hunt, a spokesman for the Republican Governors Association. “The Democrat regime of Joe Biden, Kate Brown, Tina Kotek, and Betsy Johnson have done nothing to make Oregon safer or more prosperous.”