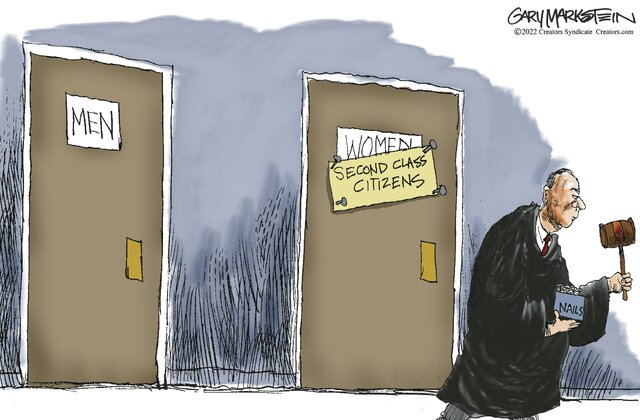 President Joe Biden on Thursday said the Senate should sidestep the filibuster rule to enshrine abortion rights and the overall right to privacy for Americans, a break in longtime Senate tradition Biden said was necessary to thwart the “outrageous behavior” of the Supreme Court.

“We have to codify Roe v Wade into law,” the president said at a press conference in Madrid, Spain, where Biden was concluding meetings with NATO leaders. And if an expected filibuster holds up that effort, “we should provide an exception to the filibuster to deal with the Supreme Court decision,” Biden added.

The remark, in response to a question from a reporter, marked a dramatic shift in Biden’s approach to both Senate tradition and the role of the executive branch in meddling in legislative branch rules.

Biden said it wasn’t only about codifying the right to an abortion but the overall right to privacy that is the basis for marriage equality and other items.

“I really think that it is a serious, serious problem that the Court has thrust upon the United States, not just in terms of the right to choose, but in terms of right to who you can marry, the right – a whole range of issues relating to privacy,” the president said.

As a six-term senator, Biden served at a time when the filibuster was rarely used and employed by the minority party as its only bulwark against allowing the majority to ram through its agenda.

But since then, filibusters have become ubiquitous responses to almost every piece of majority-sponsored legislation. Senate Republicans have held up domestic spending packages, voting rights legislation and other measures that could pass with a simple majority.

Rank-and-file Democrats have grown increasingly frustrated with the situation, wondering why they bothered to come out and vote for Democratic majorities if they weren’t going to see a Democratic agenda approved. Many have blamed Biden for the impasse, although the president has zero authority over Senate rules.

But the high court ruling overturning Roe – and the moves by dozens of states to ban or severely restrict abortion – appears to have been the final straw for Biden, who himself has evolved on the issue of abortion rights over his political career.

Biden in the past backed the Hyde amendment banning the use of federal funds for abortion. He abandoned that opposition during his 2019 campaign for the Democratic nomination for president. And on Thursday, he had harsh words for a high court he said was causing tumult in a country already dealing with high inflation and gas prices.

“The one thing that has been destabilizing [in the U.S.] is the outrageous behavior of the Supreme Court of the United States,” the president said.

Getting rid of the filibuster would require the votes of all of the Senate’s 50 Democratic senators, along with the tie-breaking vote of Vice President Kamala Harris. Sen. Joe Manchin of West Virginia and Sen. Kyrsten Sinema of Arizona have balked at the rules change, but Democrats hope that the dramatic nature of the high court decision might get the two to support a carve-out for the filibuster.

Biden cannot direct Democrats to change the rules, but his formal support sends a strong message to his party’s legislative branch.

Democrats face a daunting campaign season this fall, with historical trends, low Biden approval ratings and deep worries about the direction of the country adding up to fears of lower Democratic turnout.

But the Supreme Court’s abortion ruling has lit a fire under key Democratic voter groups, including women and young people. Heightened turnout could make critical differences in many races, determining who controls the Senate and who holds governorships in states where abortion access is especially imperiled.

A Quinnipiac University poll released this week shows the issue may already be boosting Democratic candidates in Georgia. Democratic Sen. Rafael Warnock, who trailed GOP nominee Herschel Walker by a single percentage point, 49% to 48%, in January, now has jumped way ahead of Walker, with 54% backing the Democrat and 44% supporting the GOP nominee, the poll found.

Abortion is not the leading issue for Georgia voters, who put inflation and gun violence ahead of abortion rights as more urgent matters.

Warnock has an even bigger lead among women, getting 61% of the female vote to 37% for Walker, the poll found. Walker, a former football star well-known in Georgia, has a majority of male voters’ support, with 52% support, compared to 45% of men who back Warnock.

Women tend to turn out at the polls in higher numbers than men, and that was especially true in Georgia: In 2020, 56% of voters were female and 44% were male, according to exit polls. Strong support from women helped Biden win Georgia, marking the first time a Democrat has won the Peach State in a presidential election since 1992.

Biden on Thursday said he would be meeting with governors Friday to discuss what the executive branch can do to ensure access to abortion for as many women as possible. But he said it was most urgent that supporters of abortion rights make their voices heard at the ballot box.

“I’m the only president they’ve got, and I feel extremely strongly that I’m going to do everything in my power I legally can do, in terms of executive orders,” Biden said. But it would take Congress to codify Roe, he added.

“The bottom line here is if you care, if the polling data is correct and you think this decision by the court was an outrage or a significant mistake, vote, show up and vote, vote in the off year and vote, vote, vote,” the president said. “That’s how we’ll change it.”

Opinion: Parents should put the needs of kids before political gain