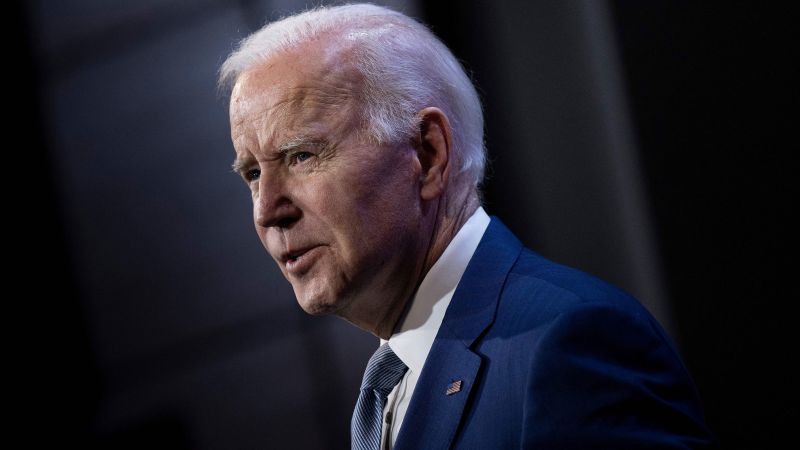 President Joe Biden said Friday that while he has not made a formal decision about running for reelection in 2024, it is his “intention” to do so.

“The reason I’m not making a judgment about formally running or not running, once I make that judgment, a whole series of regulations kick in and I have to be – I treat myself as a candidate from that moment on. I have not made that formal decision, but it’s my intention – my intention to run again. And we have time to make that decision,” Biden told MSNBC’s Jonathan Capehart in an interview at Delaware State University in Dover.

The question of Biden’s political future will be front-and-center for Democrats after November’s midterm elections, in which the party is fighting to keep control of Congress. Already, the President’s responses to whether he will mount another bid for the White House have injected questions into the developing 2024 race.

Last month, Biden said it was “much too early” to make the decision on whether he would run again for president in 2024, opening the door to potentially not seeking another term.

At 79, Biden is already the oldest president in American history and, as CNN previously reported, his public schedule has before led to questions about how extensive a campaign he’d engage in if he runs.

On Friday, the President said that first lady Dr. Jill Biden thinks that the work they are doing is “very important.”

Asked what his late son Beau Biden would say to people who think the President is too old to run, Biden said: “It’s not so much [what] he’d say to those people. What he’d say to me in my view. The only reason to be involved in public life is can you make life better for other people. And depending on who the opponent is, if they have a view that is such the antithesis of what I believe democracy and I believe is good for average Americans, then his argument was, Dad, you have an obligation to do something.”

In the wide ranging interview, Biden also vowed to use his veto power to protect reproductive rights if Republicans win control of Congress in the midterms and pass laws to outlaw abortion nationwide.

Asked how he would “protect women,” Biden said he would “veto anything” that Republicans put forward to restrict access to the procedure.

“For them to outlaw Roe, outlaw the right of a woman to make a choice with their doctor, to not make exceptions for rape, and incest, and et cetera, and pass it out of the Congress to make it the law of the land, the president has to sign it. I’ll veto it,” Biden said of Roe v. Wade, which had guaranteed a federal constitutional right to abortion until the Supreme Court overturned the ruling in June.

This comes after the President sought to mobilize voters in his party this week by promising to sign a law to codify abortion rights in January if voters elect more Democrats in order to ensure such legislation could pass.

The President’s vow echoed remarks from earlier in the week when he said of the prospect of a Republican-controlled Congress passing a bill banning abortions nationwide: “If such a bill would pass in the next several years, I’ll veto it.”

On the economy and inflation, the President brushed off polls showing the majority of voters disapprove of the direction of the economy, saying that “a lot of what we’ve done and we’ve passed has not kicked in yet.”

Biden also doubled down on his criticisms of House Minority Leader Kevin McCarthy’s recent comments calling into question the future of US aid to Ukraine.

“I can understand somebody having that view who is uninformed, and believe it, because it costs so much money to help them,” Biden said Friday. “But there’s so much more than Ukrainians. It’s about NATO, about Western Europe. It’s about making sure that [Russian President Vladimir] Putin is not able to succeed in a way that he is using the brutality of his activities.”