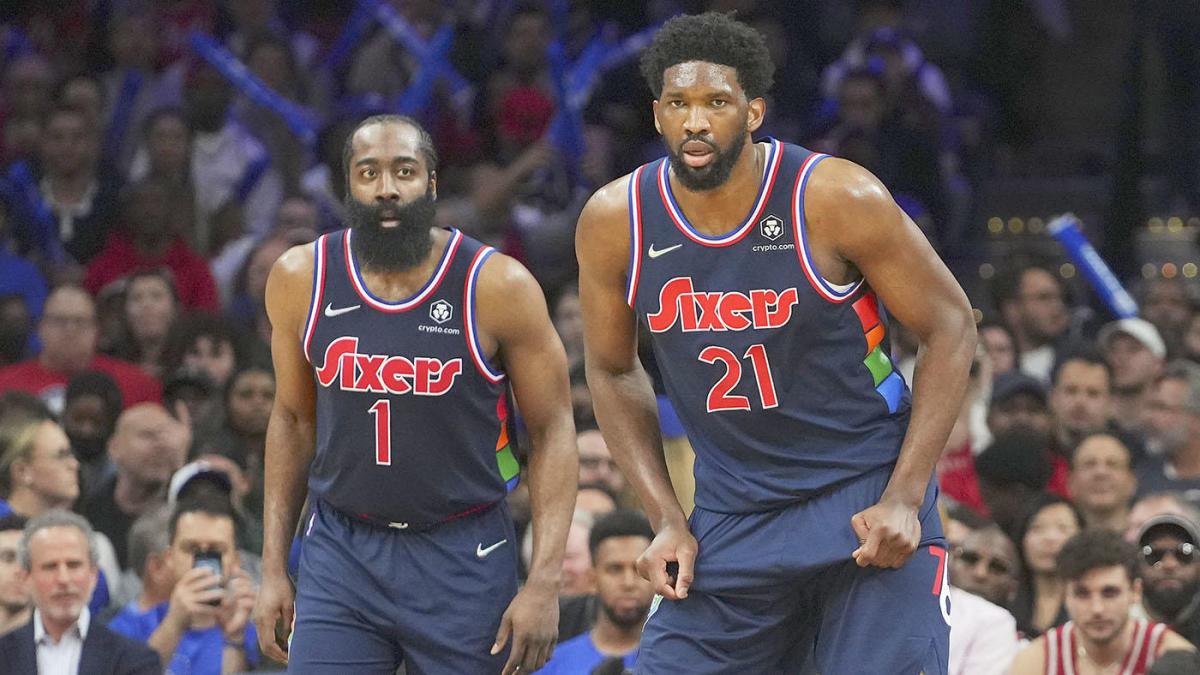 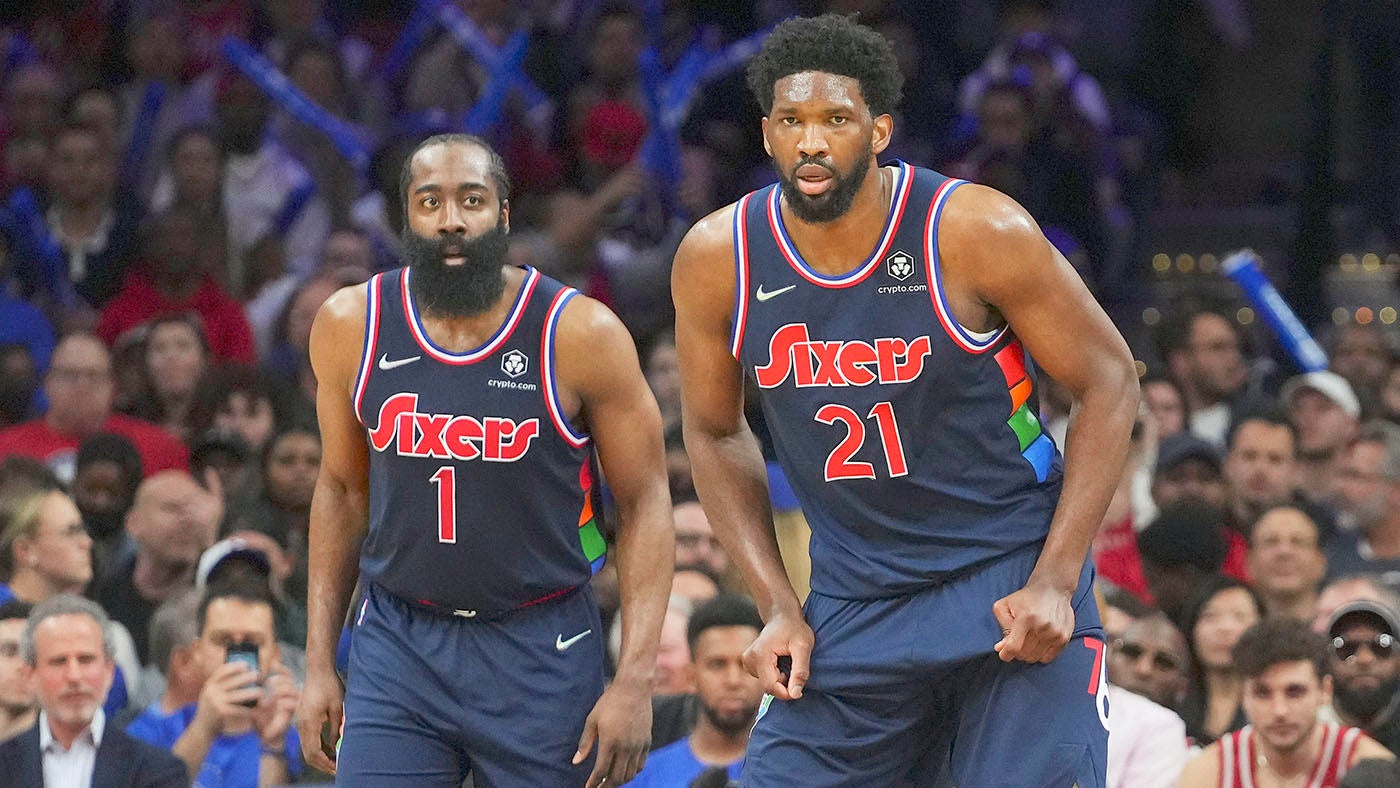 After an underwhelming conclusion to their 2021-22 campaign that saw them again fail to advance past the Eastern Conference semifinals, the Philadelphia 76ers retooled over the offseason and now they’ll again enter the new year with championship aspirations. In addition to bringing back James Harden, the Sixers also made several other offseason additions to their roster including P.J. Tucker, Danuel House, De’Anthony Melton and Montrezl Harrell.

Now, the new-look Sixers will look to advance to conference finals, at least, for the first time since 2001. If things go well for the Sixers, the campaign could prove to be a memorable one. With that said, here’s a look at four bold predictions for the ’22-23 season. (Remember, these are bold predictions, so don’t yell at me if some, or all, of them fail to come to fruition).

Joel Embiid finished second in MVP voting to Denver Nuggets center Nikola Jokic in each of the past two seasons, but perhaps this season will finally be Embiid’s time to claim the league’s highest individual accolade for himself. Jokic was a worthy winner, but Embiid has clearly been dominant enough to win the award. Last season, he became the first center to lead the league in scoring since Shaquille O’Neal, and the first to average 30-plus points per performance since Moses Malone. He also played in a career-high 68 games, which is extremely important, as durability has been an issue for him in the past, especially when it comes to winning the MVP award.

As long as Embiid is healthy, he can be expected to put up dominant numbers like he has over the past couple of seasons, and that will again have him right in the thick of the MVP conversation. Perhaps the fact that Embiid came so close to winning the past couple of years will be a factor in the mind of some voters. Plus, history is on Embiid’s side. Only two players in NBA history (Jerry West, George Gervin) have finished second in MVP voting more than once and not ultimately won the award.

I recently compiled a list of five players poised to potentially make their first All-Star team in 2023. Sixers third-year guard Tyrese Maxey was on that list, and with good reason. After receiving inconsistent playing time during his rookie season, Maxey took over the starting point guard spot in Ben Simmons’ absence last season, and he never looked back — even after James Harden was added to Philadelphia’s roster. His numbers swelled with his increased role, and he quickly established himself as an integral part of Philadelphia’s offensive attack.

From his first to his second season, Maxey’s scoring jumped from eight to 17.5 points per game, and his assists doubled from two to 4.3. Most impressively, his 3-point shooting skyrocketed from 30 percent as a rookie to 42 percent last season. This improvement helped to solidify him as an excellent complement to All-Star center Joel Embiid, and his ability to play both on and off of the ball should greatly help his fit alongside Harden in Philadelphia’s backcourt moving forward. Maxey has an unrelenting work ethic, and if he continues to develop there will likely be several All-Star selections in his future.

It remains to be seen just how much more of a jump Maxey will be able to make while playing alongside Embiid and Harden, but it certainly sounds like the Sixers are expecting big things from him.

“The biggest inflection point is, probably, we need Maxey to take another step forward,” Sixers president of basketball operations Daryl Morey said recently of the upcoming season. “And he can do it. He’s putting the work in… His rookie year was way ahead of schedule. His second year was way, way ahead of schedule, and to ask him to do another leap forward is asking a lot, but we do need it. I wouldn’t be surprised if he does it given how much time he puts in.”

This prediction might not even be that bold considering the fact that Harden finished second in assists per game last season despite the fact that he was traded midseason. Chris Paul was the only player that averaged more assists per game than Harden last season, and he only bested Harden by .5 (10.8 compared to 10.3). Paul and Harden were the only two players in the league to average double-digit assists, and the Sixers added more threats for Harden to drop dimes over the offseason. In P.J. Tucker and Danuel House, they added two floor-spacers that Harden already has familiarity with from his days in Houston.

Those two will likely get ample open opportunities thanks to Harden’s ability to penetrate the defense and then spray the ball back out to the perimeter. Similarly, the Sixers also added Montrezl Harrell, who Harden played with from 2015 to 2017 in Houston. Harrell is a solid pick-and-roll partner for Harden, and will likely be on the receiving end of his fair share of Harden assists. If Harden does lead the league in assists this season, it won’t be the first time. He also accomplished the feat during the 2016-17 season.

76ers get top seed in the Eastern Conference

The Sixers have finished with the best record in the Eastern Conference five times in the past. Most recently, they finished with the top seed in the conference after the 2020-21 season. This season could be the sixth time. Last season, the Sixers finished fourth, but they were just two games behind the top-seeded Heat, and they appear to have improved over the offseason. The additions of guys like Tucker, House, Harrell and De’Anthony Melton have made the Sixers deeper, and that should prove beneficial over the course of an 82-game regular season schedule.

Plus, Maxey’s continued development provides a reason for optimism when it comes to how the team will perform during the season. Ultimately, securing the top seed is only important if a team is able to capitalize on the position and advance deep into the postseason. We saw two seasons ago that the top seed didn’t matter much when the Sixers collapsed against the Atlanta Hawks at home in the second round. Still though, securing a homecourt advantage through the conference finals is worth pursuing, and attainable for Philadelphia.