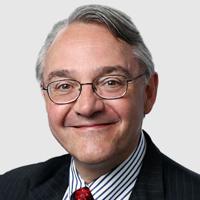 WASHINGTON – There was a time when the term “Banned in Boston” was one of the best things that could happen to a book, a play or a movie.

From roughly the 1880s to the mid-20th century, a censoriousness rooted in the city’s Puritan past supported especially aggressive laws aimed at suppressing material seen as salacious or dangerous. For many, the label was a guarantee that whatever was banned must have been, well, interesting.

Over time, such statutes were overturned in the name of free expression, but the phrase is a reminder that the current spate of book banning is not new. That doesn’t make it any less dangerous. A new round of censorship has sturdy roots in a right-wing movement that uses slogans around “parental rights” to defend removing books from libraries in the name of “protecting” children.

The scare quotes I put around parental rights and protecting kids will invite immediate denunciation and provide an opportunity to say that terrible liberals like me are against parents exercising their responsibilities and protecting children.

Actually, that’s not what we believe, and 2023 should be the year when progressives change the terms of debate on a series of cultural issues in the right wing’s arsenal. Battling book bans is one of the most important.

The shift requires moving from defense to offense and insisting that efforts to close the minds of the next generation will not make its members stronger, more resilient, more intelligent or, for that matter, more moral.

Opponents of censorship heartily agree that parents should have an important say in how schools work and how public libraries serve our children. What we’re against is a willful ideological minority imposing its views on everyone else, dictating which ideas should be forbidden in public institutions that instruct the young.

Most Americans agree with us.

Here, for example, is the conclusion of a report from the group More in Common earlier this month on attitudes toward the teaching of our country’s history, a topic that has roiled politics because of resistance to discussing racism and slavery:

“We found that Americans of all political orientations want their children to learn a history that celebrates our strengths and also examines our failures. Americans overwhelmingly agree that the experiences of minority groups are an important part of that history. And they agree that if students are better informed about America’s past there’s a better chance of not repeating past failures.”

Starting with what we agree on exposes the radical right’s efforts to divide us by picking fights that most of us don’t even want to have.

Worries about a new censorship are not figments of left-wing imaginations. A report by the freedom of expression group PEN America found 1,586 instances of individual books being banned between July 1, 2021, and March 31, 2022, affecting 1,145 unique book titles. In September, the American Library Association reported that there would be more challenges to books in 2022 than there were in 2021, which was a record year.

Thus the finding of an October Rasmussen poll for the Capitol Resource Institute, which describes its purpose as helping “parents counteract progressivism in public schools.” The survey, Rasmussen reported, found that 69% of voters “believe books containing explicit sexual depictions of sex acts, including homosexual sex, should not be present in public high school libraries.” The words “explicit sexual depictions of sex acts” and “homosexual sex” do a lot of work here.

Contrast this with a Hart Research Associates and North Star Opinion Research survey for the American Library Association in March. It asked: “Would you support or oppose efforts to remove books from local public libraries because some people find them offensive or inappropriate and do not think young people should be exposed to them?” It found 71% were opposed.

These dueling surveys tell us that the right wing can win these battles only with the most lurid, over-the-top arguments that have little to do with the movement’s real objectives, a wholesale war on anything that smacks of “progressivism,” with a particular animus directed against LGBTQ people. “There is an appeal to the idea that parents should have some control over what their children learn,” Hart Research’s Guy Molyneux, who has polled extensively on educational issues, told me. “But parents don’t want a situation where the most upset parent determines what other children learn or what books are in the school library.”

The vast majority of parents want their kids’ schools to be open and welcoming settings for education, not battlefields in culture wars designed primarily to goose conservative turnout at election time. Opponents of book bans represent this mainstream. We should not be afraid to claim it.