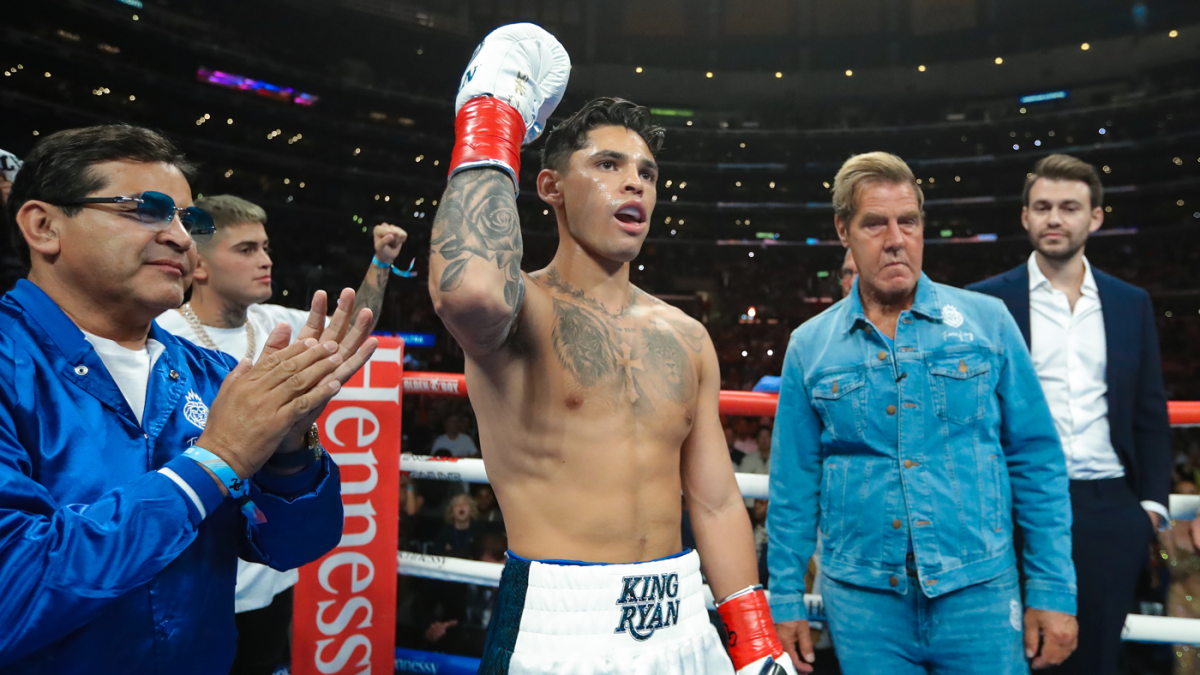 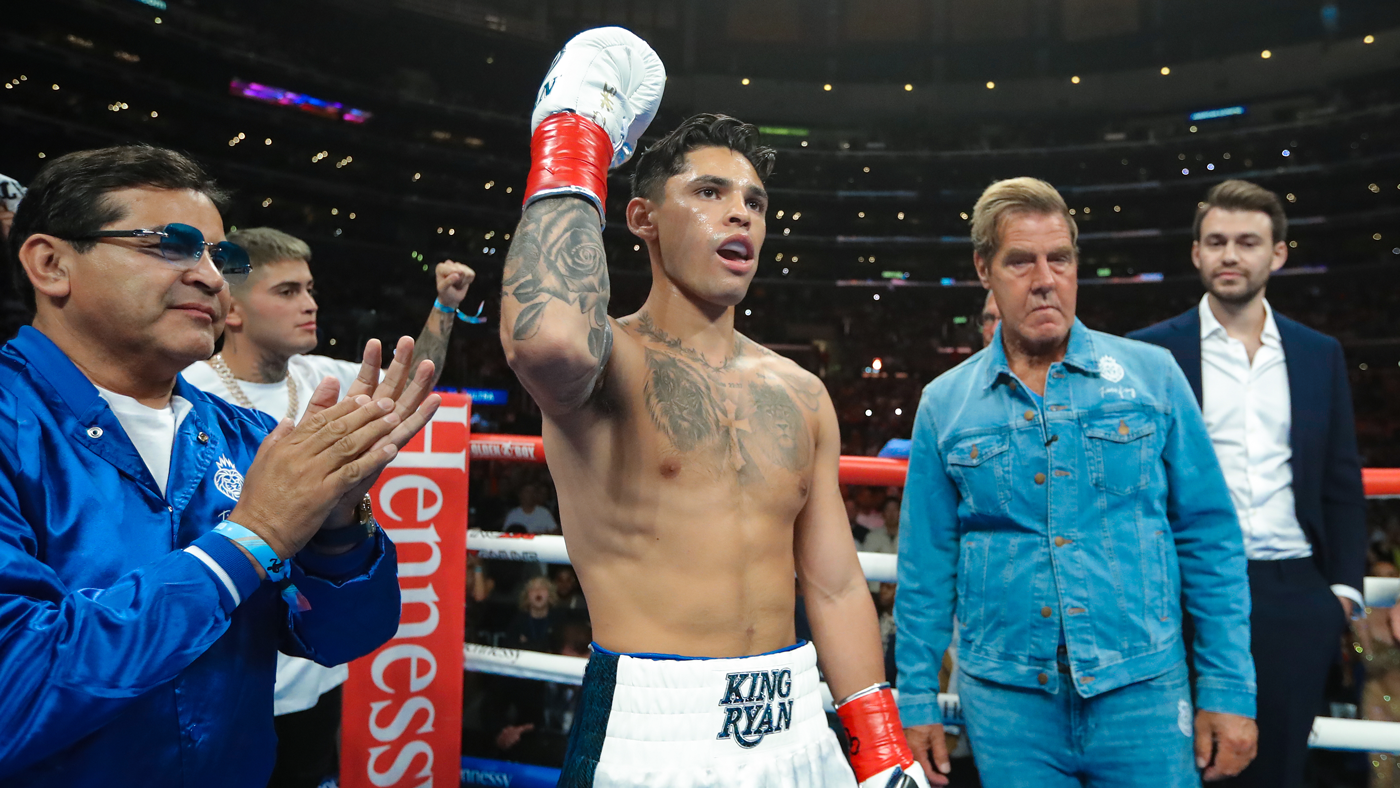 Boxing is set to kick off 2023 with high hopes for some epic showdowns. Many think this is finally the year that we see some of the most highly anticipated matchups of this era, which includes unification bouts at welterweight, light heavyweight and heavyweight. But even beyond those matchups, there are other clashes that don’t even need a title involved to get fans going, like the potential clash between Gervonta Davis and Ryan Garcia.

With so much to choose from, the writers at CBS Sports took it upon themselves to answer some of the biggest questions at the forefront as a fresh 12 months of fighting is set to begin this weekend.

Let’s dive right in now to the questions and predictions from “Morning Kombat” host Brian Campbell as well as staff writer Brent Brookhouse.

Which superfight is most likely to take place?

All remaining hurdles, injuries and stay-busy fights are finally behind us, which means 2023 is the year boxing finally has one name and one face atop the heavyweight division with the crowning of its first four-belt undisputed champion. Enter a pair of unbeatens in Tyson Fury and Oleksandr Usyk, each with an opportunity to cement their all-time great standing historically with a victory. For Fury, it would be recognition as the best heavyweight of this renaissance era. But for Usyk, a 2012 Olympic gold medalist from Ukraine who became boxing’s only four-belt undisputed cruiserweight champion in 2020, it’s a chance to carve out a unique legacy of his own. This is the best fight boxing could produce in the new year from the standpoint of stakes and historical importance.

It seems like Ryan Garcia vs. “Tank” Davis is happening in April. Now, boxing being boxing, it’s hard to say anything is a sure thing. There’s also the little matter of Davis’ hit-and-run situation hanging over the fight and it’s not out of the question that Davis is in jail rather than the ring come April. Still, of all the most desired and hyped “superfights” in boxing, Davis vs. Garcia feels like the most likely because they have already managed to get on the same page and get their promoters and networks on that page as well. As for fights like Tyson Fury vs. Oleksandr Usyk and Errol Spence vs. Terence Crawford, the willingness to see those fights through seems to come and go. Davis and Garcia have talked and talked and now they’ve set a target date. That’s a good indicator that we may actually see this fight happen in the first half of the year.

Who ends the year as undisputed lightweight champion?

If defending undisputed champion Devin Haney accepts the difficult challenge of former pound-for-pound king Vasiliy Lomachenko, there is no guarantee he enters the second half of 2023 with all four titles around his shoulders. Either way, there’s an even bigger threat to 135 pounds that recently moved up after claiming titles in two separate divisions. Unbeaten Shakur Stevenson, a 2016 Olympic silver medalist, has all the makings to one day soon earn recognition as the best boxer in the game. With a shot in his next fight to become Haney’s mandatory contender in the WBC, Stevenson could see himself closing the year with a title shot. And given his sublime speed, footwork and technique, he represents a firm level of potential Kryptonite for anyone in the division, whether it be Haney, Lomachenko or secondary titleholder Gervonta Davis.

Brookhouse: No one at all (belts split up after Haney moves up)

Lightweight has a pile of talented fighters, potential fights that get boxing fans drooling and an undisputed champion. So, the answer to who ends the year as undisputed champion is, of course, nobody. Devin Haney holds all the belts and it seems he’s going to fight Vasiliy Lomachenko in his next outing. Assuming Haney manages to remain unbeaten and score a career-best win over Lomachenko, I don’t believe he’ll stick around at 135 pounds for long. Haney has already teased the idea of moving up to 140 and that wouldn’t be unusual for a 24-year-old who has already conquered the division. The second Haney moves up and vacates his belts, they will be scattered to the four winds (sanctioning bodies). Haney could test 140 and not vacate his belts, but holding four world titles means you have four mandatory challengers and not a lot of room to delay on making defenses.

Who is primed for a breakout year?

Don’t let his ho-hum nature of Jan. 7 decision win over Karen Chukhadzhian fool you, Jaron “Boots” Ennis is the next big thing at welterweight and, quite possibly, the sport at large. Even though he failed to get the stoppage and was heavily booed in his last fight, Ennis still won all 12 rounds on each scorecard and nearly doubled Chukhadzhian from the standpoint of punches landed. As the new mandatory (and interim titleholder) for Errol Spence Jr.’s IBF belt, Ennis will likely close 2023 fighting for a title. His early start to the year could see the 24-year-old from Philadelphia make three appearances in 2023, which is needed after he fought just once in 2022. Ennis can simply do it all and his frustration level with Chukhadzhian had more to do with his opponent’s constant running and circling away than anything else. The jury is still out as to whether Spence finally does face Terence Crawford for the undisputed title at 147 pounds this year, but either way, Ennis will be heard from and there’s still plenty of time to take over.

Were heavyweight less of a top-heavy mix with elite fighters either fighting each other or looking for weird soft-touch contests, I’d say Jared Anderson. Anderson is still a man to watch, with his huge power and it’s only a matter of time before he gets a crack at someone who might put him in the larger mix of the best heavyweights in the world. Instead, I’ll say that 2023 will be the year Keyshawn Davis breaks out. In just his seventh bout, Davis shut out a two-time former title challenger in Juan Carlos Burgos. A former silver medalist with tremendous speed, solid power and a big personality, Davis is a star in the waiting. Things are going to start moving quickly in his career in the next 12 to 24 months.

Who disappoints/fails to meet expectations?

The biggest name in boxing who appears most headed in the wrong direction is Teofimo Lopez Jr. The 25-year-old former lightweight champion won a pair of bouts in 2022 after moving up to 140 pounds but never quite showed the same level of dominance and dynamic skill he previously did, including in his 2020 upset of Vasiliy Lomachenko. Lopez was caught on camera after his most recent fight asking his corner, “Do I still have it?” Even though he would later say the moment was scripted in hopes of luring future opponents who believe him to be damaged goods, his behavior both inside and out of the ring over the past two years has been anything but healthy or encouraging. Questions still linger over whether Lopez’s power has really carried up in weight with him. He also has never been quite the same physically after suffering a torn esophagus that limited him in a 2021 upset loss to George Kambosos Jr. Lopez’s personal life has long been a roller coaster that brings legitimate questions into the new year as to whether he can return to his previous form as a future great in the making.

When Crawford freed himself from Top Rank, the expectation was that he would finally be in position to fight all of the elite welterweight talent available — most of that talent being controlled by PBC. Of course, that included the hope that he would face Errol Spence Jr. in one of boxing’s most important fights. That fight seemed on course to actually happen before falling apart during negotiations, at which point Crawford fought David Avanesyan on BLK Prime, which was a return to the kind of “Why is this happening?” matchmaking that dogged Crawford while under the Top Rank umbrella. Crawford is ultimately at the mercy of the other top names at welterweight, despite being arguably the best fighter in his division, and possibly the planet. Crawford is hitting the point in his career where he needs to make certain fights to cement his legacy, if that’s the sort of thing he cares about. Fighting more Avanesyan-level opposition in 2023 would undoubtedly make for an extremely disappointing year for Crawford, even if he may have been correct in seeking out better financial terms than he was being offered during negotiations for the Spence fight.