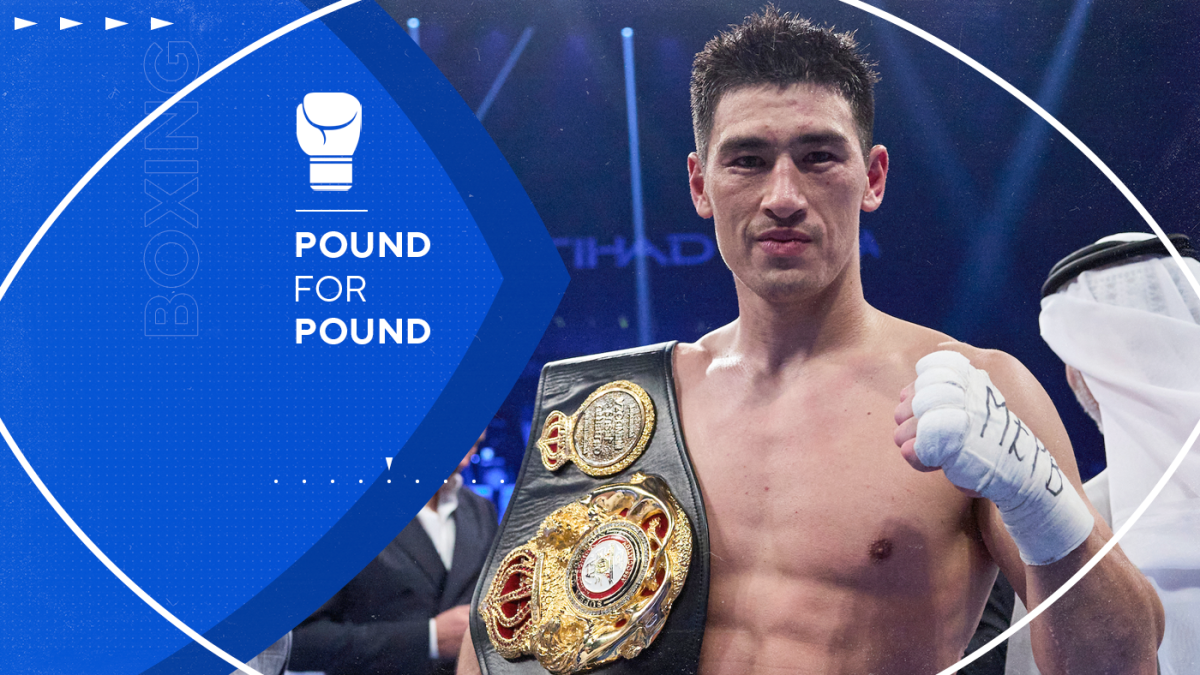 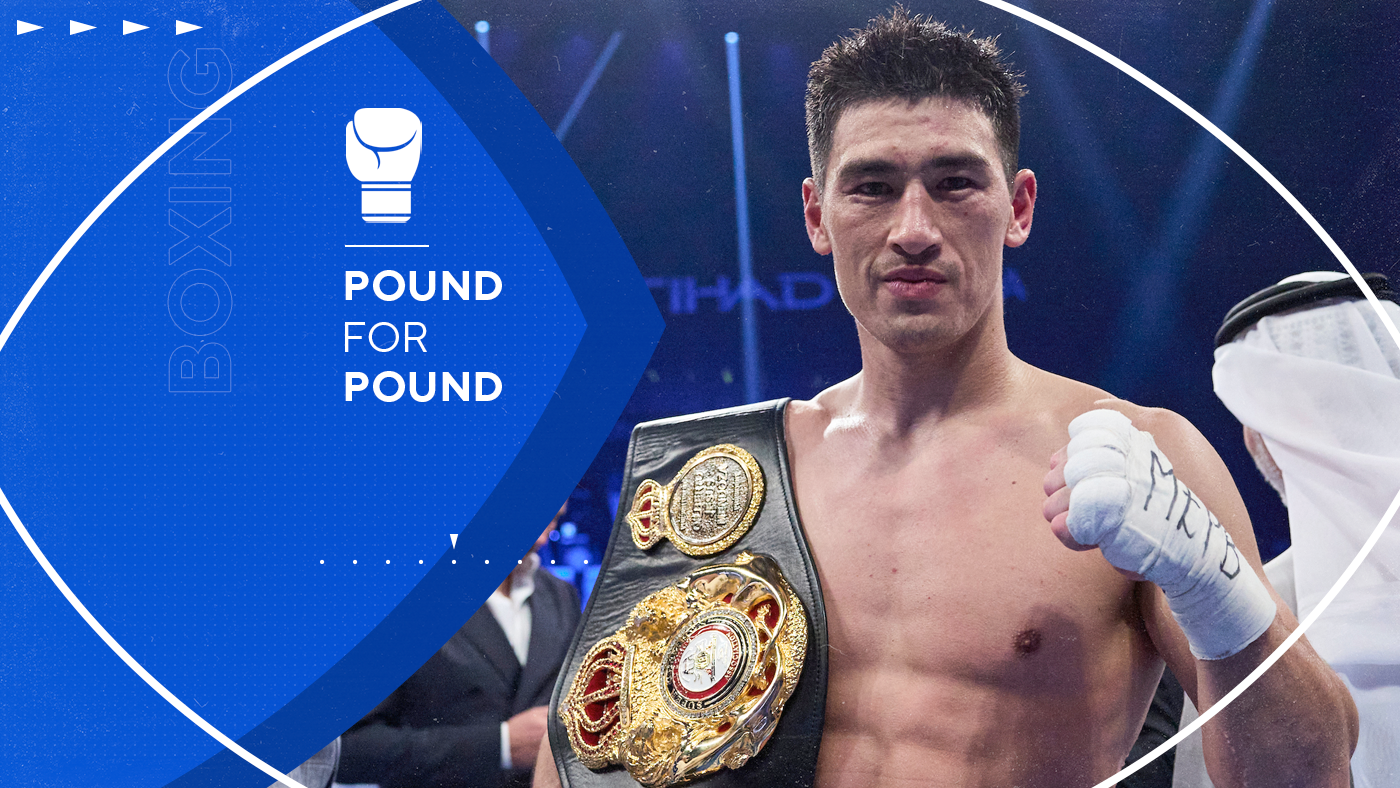 It might be time for the people just outside of boxing’s hard-core bubble to find out just how good unbeaten WBA light heavyweight titleholder Dmitry Bivol really is.

Bivol (21-0, 11 KOs), a 31-year-old Russian who was born in Kyrgyzstan, first captured his world title back in 2017 and was a respected technician until a pair of opportunities in 2022 offered him a chance to raise his platform considerably. Two impressive victories later, including one on the pay-per-view level against the sport’s biggest star, Bivol is considered the frontrunner for Fighter of the Year honors.

Yet for as impressive as Bivol was in out-pointing Canelo Alvarez, then the pound-for-pound king, in their May showdown, he was also the bigger man in that fight. But against unbeaten Gilberto “Zurdo” Ramirez in November, Bivol found himself on the opposite side of that equation yet fought as if he was the bigger knockout threat throughout.

Bivol’s surprisingly wide decision over Ramirez, the former 168-pound titleholder who was his mandatory challenger, saw him as offensive as we have ever seen against an elite foe. While always responsible defensively, Bivol timed his flurries of stiff and accurate combinations perfectly and routinely hurt the bigger Ramirez.

The question was never whether Bivol was a great boxer; that part of the equation was automatic given his amateur pedigree. But the fact that he has now paired that with violent intention, especially when the moment demanded it like in his close win over Alvarez, he proved that an evolved version of himself places him within the conversation for the best boxer in the world.

The victory also opened the door for Bivol to face unbeaten Artur Beterbiev should the unified champion at light heavyweight get past Anthony Yarde in his mandatory defense. A win would make Bivol the undisputed king of 175 pounds and potentially secure his crown as the P4P best, too.

Using a criteria that takes into account everything from accomplishments to current form, let’s take a closer look at the top fighters inside the ring. Below is the latest Pound for Pound rankings update after Lomachenko’s win in October.

The Japanese “Monster” needed just two rounds to finish off 39-year-old legend Nonito Donaire in their June rematch to unify three of four titles at 118 pounds. Inoue’s power remains scary, but his technique and I.Q. are often overlooked. Up next is a four-belt bantamweight unification on Dec. 13 against Paul Butler.

The only fight that makes sense for Spence is an undisputed showdown with WBO champion Terence Crawford for all four titles. Sadly, the negotiations unraveled and left behind heavy certainty that a deal of any kind takes place in 2023. The next best pay-per-view option for Spence could be former champion Keith Thurman.

No one has ever questioned Crawford’s talent. But the 35-year-old promotional free agent pulled out of talks to fight Errol Spence Jr. in November for the undisputed welterweight championship. Closing in on a one-year layoff, Crawford will instead defend his title against David Avanesyan on Dec. 10.

The combination of a light heavyweight title loss to Dmitry Bivol and an uneven decision win over 40-year-old Gennadiy Golovkin in their trilogy has Alvarez slipping just a bit at age 32. Left wrist surgery is expected to keep him out until at least May 2023, if not September.

Usyk’s professional run has been as decorated as it has been perfect. The former undisputed cruiserweight champion even has a strong argument for best fighter in the sport after defeating Anthony Joshua in their August rematch. An undisputed title bout against Tyson Fury will have to wait until 2023 as Usyk recovers from nagging injuries.

Criticized at times for playing it safe in the past, Bivol was anything but in his career-making victory over pound-for-pound king Canelo Alvarez. The 175-pound titleholder was even more explosive in a convincing shutdown of unbeaten Gilberto “Zurdo” Ramirez in November which might have secured Fighter of the Year honors for 2022.

With unified champion Oleksandr Usyk idle nursing multiple injuries, the 34-year-old “Gypsy King” has chosen to stay busy in a seemingly unnecessary trilogy bout against Dereck Chisora on Dec. 3. Along with constant threats of retirement, it has been difficult to gauge Fury’s true intentions as of late.

Although he was stripped of his two 130-pound titles on the scale, Stevenson still turned in a commanding performance to widely outpoint former Olympic gold medalist Robson Conceicao in September. A move up to lightweight is next and the 25-year-old phenom has already called out undisputed champion Devin Haney.

It’s about time “The Dream” received his flowers as one of the best boxers in the game. The 23-year-old made a strong case for consideration in the Fighter of the Year voting with a second straight decision win over former champion George Kambosos Jr. in Australia. Haney can simply do it all.

After sitting out for nearly one year while serving on the frontlines of the conflict in his native Ukraine, the former P4P king nearly got more than he bargained for against former sparring partner Jamaine Ortiz in October. Lomachenko made the necessary adjustments to secure the win and keep hope alive for a showdown against Devin Haney.