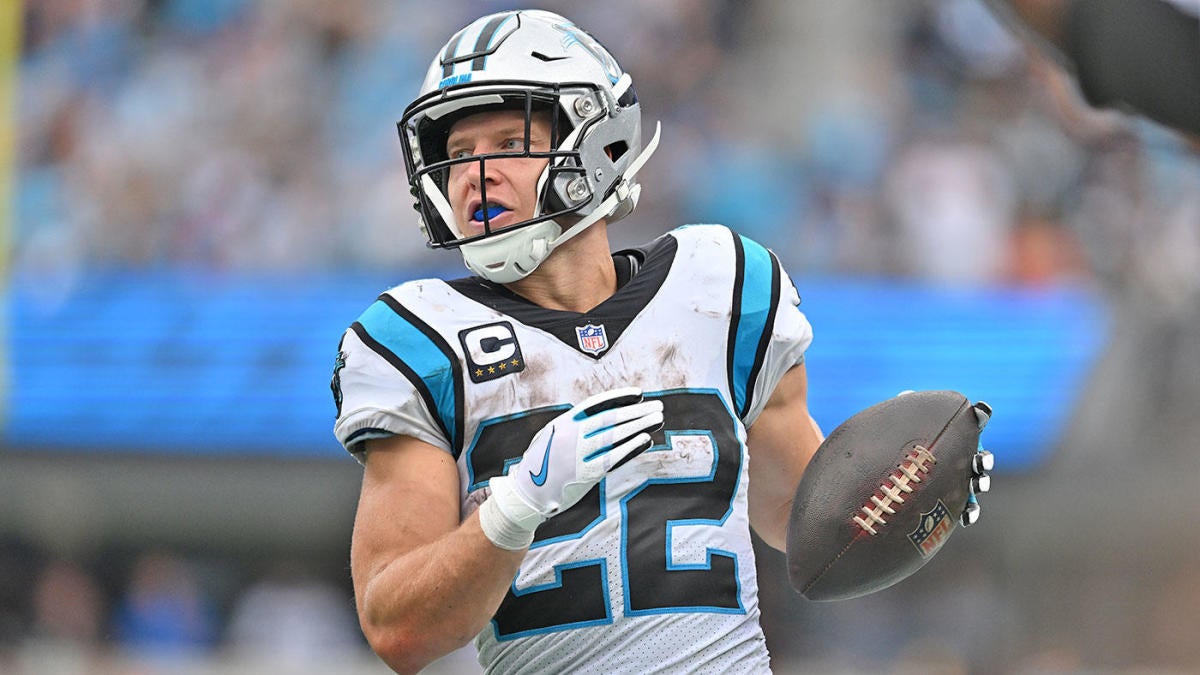 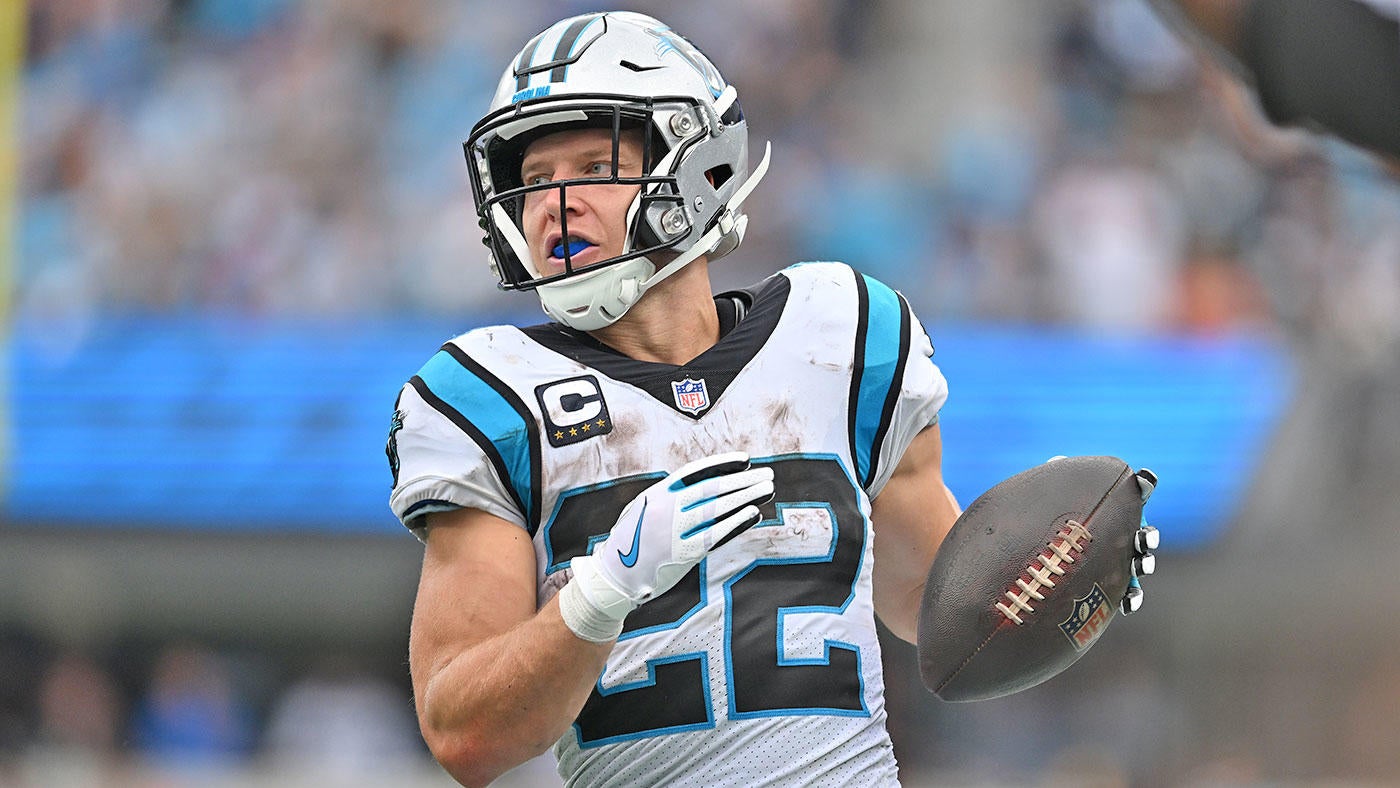 Welcome to the Friday edition of the Pick Six newsletter!

Andy Dalton doesn’t sponsor this newsletter, but he might as well, considering he threw two pick sixes last night during the Saints’ 42-34 loss to the Cardinals. There is nothing we love writing about more in the Pick Six newsletter than actual pick sixes, so thank you, Andy.

Although Dalton’s team lost, you could argue that he was actually the big winner last night and that’s because no one is going to remember his pick sixes due to the fact that they were completely overshadowed by the Panthers’ decision to trade CHRISTIAN MCCAFFREY to the 49ers.

We’ll be going over the details of that blockbuster trade today, plus breaking down the Cardinals’ win, so let’s get to the rundown.

It took nearly a month, but we finally got a wild Thursday night game. After watching only two touchdowns total over the past two weeks on Thursday night, the scoreboard basically exploded during Arizona’s 42-34 win over the New Orleans with a total of nine touchdowns getting scored.

The only thing crazier than the scoring in the game was the podcast we recorded afterward. If you missed the game, here’s a quick rehash of what happened and what we talked about on the podcast:

If you want to hear our entire recap of the game, be sure to click here. You can also watch today’s episode on YouTube by clicking here.

The NFL trade deadline is still 11 days away, but we’ve already got our first blockbuster deal of the season: The 49ers made a trade with the Panthers to land Christian McCaffrey. Since arriving in San Francisco in 2017, John Lynch and Kyle Shanahan have made it clear that they’re not afraid to make a big trade. Over the past five years, we’ve seen them make deals for Jimmy Garoppolo (October 2017), Emmanuel Sanders (October 2019) and Trent Williams (April 2020). They also obviously made a huge trade before the 2021 draft so they could trade up to grab Trey Lance.

To make the McCaffrey deal happen, the 49ers had to send four draft picks to Carolina.

Here’s a look at the trade details of their latest deal:

This trade marks the first time in nine years that a running back has been traded for a second-round pick or better. The last time it happened came in 2013 when the Colts acquired Trent Richardson from the Browns.

If this trade proves one thing, it’s that the 49ers are all in on the 2022 season. The 49ers seem to be embracing the Rams’ strategy of ‘F them picks,’ which is how L.A. won the Super Bowl last year. The Rams were willing to give up draft picks to acquire star players and that’s what San Francisco did here. In a twist, the 49ers were actually competing WITH the Rams to land McCaffrey and you can read more about that by clicking here.

The biggest winner is arguably Kyle Shanahan, who now has a new chess piece to work with. The 49ers running back room has been a revolving door since Shanahan arrived — the 49ers have had five diffrent leading rushers in his first five seasons — but if McCaffrey can stay healthy, he should be a huge weapon for the 49ers coach. Remember, McCaffrey is healthy, he’s one of the most electrifying players in the NFL. He’s one of just three players in NFL history to have 1,000 rushing yards and 1,000 receiving yards in the same season, which he accomplished in 2019.

Whenever there’s a trade, there’s 100% chance we’re going to hand out grades for that deal and that’s exactly what we did in this situation.

The McCaffrey trade was graded by CBSSports.com’s Josh Edwards and here’s what he came up with:

You can check out Edwards’ full explanation for each grade by clicking here.

Personally, I love this deal for the Panthers. Getting four draft picks for a player who has missed 24 games since the start of the 2020 season seems like a win for Carolina. As for the 49ers, I think this all comes down to whether they get to the Super Bowl this year. If they’re playing for the Lombardi Trophy in February, then this trade was absolutely worth it and they get an “A+.” However, NFL history is littered with failed running back trades and if this team doesn’t end up in the Super Bowl, then the deal feels like a failure.

If you want more on the Christian McCaffrey trade, we recorded an emergency podcast about the deal on Thursday night and you can listen to it here or watch the action on YouTube by clicking here.

The best part about Friday — besides the fact that it’s Friday — is that you get two episodes of the podcast in your feed. After recording the Thursday night postgame podcast with Wilson and myself, Brinson kicked us to the curb so that he could record his weekly picks show with Pete Prisco and R.J. White.

Those three guys spent nearly 60 minutes going over the best bets for every single game being played in Week 7, and we’re going to cover three from each guy below.

To hear what the rest of the best bets are for Week 7 — and there are quite a few — be sure to click here so you can listen to the entire episode of the podcast. You can also watch the episode on YouTube by clicking here.

This is the final newsletter of the week, which means we will be cramming as many Week 7 picks as humanly possible into this space.

With that in mind, we’ve got four more Week 7 picks coming your way and those will be coming from NFL senior writer Pete Prisco, along with Will Brinson, Jordan Dajani, Tyler Sullivan and myself.

With less than 48 hours to go until the Sunday games kick off, there are still quite a few starting quarterback situations that are up in the air.

Here’s the latest on each of those QB situations:

It’s been a busy 24 hours in the NFL and since it’s nearly impossible to keep track of everything that happened, I went ahead and put together a roundup for you.