California Rain and Snow in November Could End Fire Season 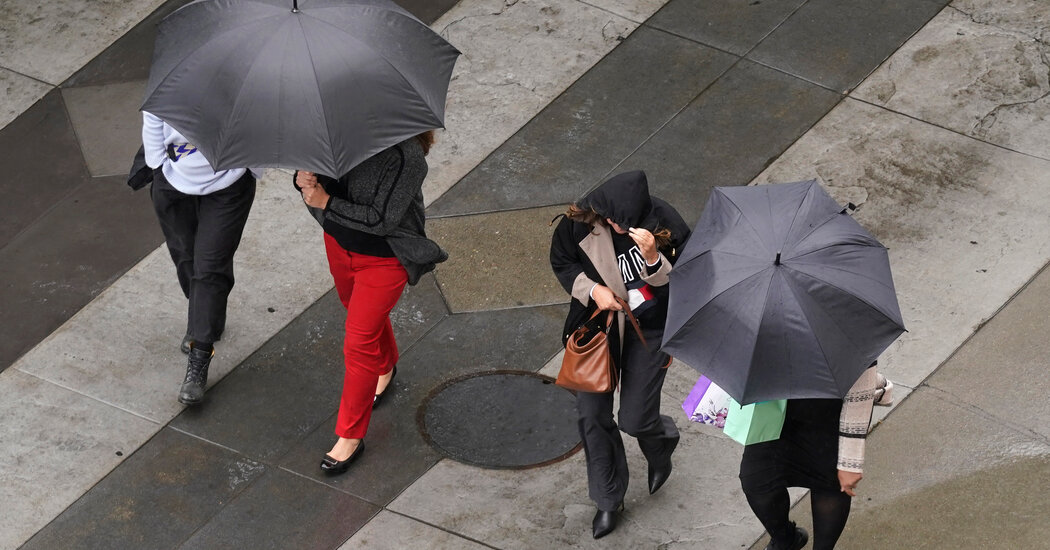 California’s recent fire seasons have stretched unsettlingly late into the year, with devastating blazes breaking out in November and December. Tomorrow is the anniversary of the start of the Camp fire, the deadliest fire in state history.

But this year, thankfully, the fire forecast looks much less grim.

Recent rainfall and cold weather have already quashed fire season in Northern California, experts say. And a major storm that is expected to be unleashed across the state this week is likely to do the same for the southern half of California, said Craig Clements, director of San Jose State University’s Wildfire Interdisciplinary Research Center.

“This is basically the end of fire season,” Clements told me. “It looks like very, very low risk across most of the state, if any risk.”

Of course, there are no guarantees when it comes to California’s increasingly year-round fire season.

A prolonged dry period could follow these upcoming rainy weeks, as happened last year, which could allow fire danger to creep back up, experts say. And the risk of blazes in Southern California, while expected to be greatly diminished after this week’s storms, will remain higher than in the northern part of the state, as winter fires fueled by the Santa Ana winds are always more common there.

Still, these autumn rains are indisputably good news, particularly after predictions of drier-than-usual La Niña conditions over fall and winter. The storms will most likely yield significant benefits for both California’s ongoing water shortage and its fire season, especially in the cooler and wetter northern parts of the state, said Daniel Swain, a climate scientist at the University of California, Los Angeles.

“In the short term, this is really one of the best forecasts you could hope for if you don’t like drought and extreme autumn wildfires,” Swain wrote on Friday. “The upcoming rain and mountain snowfall should deliver some much needed water to parched ecosystems, and effectively kill off fire season in northern and central California once and for all.”

As of Monday, the outlook from the National Interagency Fire Center shows little or no fire danger in all of the state except for a few inland swaths of Southern California, where the risk is considered low. Nowhere in the state is the risk of fires deemed moderate or high over the next seven days.

Already, we’ve seen far less fire devastation in 2022 than in recent years. About 362,351 acres of the state had burned through the end of October, compared with nearly 2.5 million by that point last year, according to Cal Fire. The five-year average for acres burned in the first 10 months of the year is 2.1 million.

Though California broke heat records this September, the previous months were generally less sweltering than during the past few summers. Those relatively cooler temperatures, combined with other favorable weather conditions (such as higher humidity and calmer winds) may have helped keep this fire season milder than what we braced for, Clements told me.

“We just kind of lucked out,” he said. “We should enjoy it while we can.”

“I’m a big fan of this town. It’s midway between San Francisco and Monterey just a mile or two off Highway 101. It’s easy to miss, but worth watching for the sign to turn off 101. My favorites are the San Juan Bakery, with breads and pastries, and Jardines Restaurant, which offers Mexican food served on a gorgeous large patio. The Mission San Juan Batista is the oldest in continuous use of those established by Spanish priests. It’s tower is the site where Jimmy Stewart confronts his demons in ‘Vertigo.’”

Tell us about your favorite places to visit in California. Email your suggestions to CAtoday@nytimes.com. We’ll be sharing more in upcoming editions of the newsletter.

Have you visited any of the travel destinations that we’ve recommended in the newsletter? Send us a few lines about your trip, and a photo!

We’d like to share them in upcoming editions of the newsletter. Email us at CAToday@nytimes.com. Please include your name and the city in which you live.

On Aug. 24, 1964, the Beatles performed at the Hollywood Bowl in front of thousands of screaming fans. The next day, the band attended a star-studded garden party in Brentwood — and there are pictures to prove it.

Unpublished photos of the Beatles are hard to come by, but Los Angeles Magazine uncovered a few taken at that party more than a half-century ago. The images show the Fab Four shaking hands with Hollywood royalty in a lush backyard, a classic Los Angeles scene with a twist.

Thanks for reading. I’ll be back tomorrow. — Soumya

Briana Scalia and Maia Coleman contributed to California Today. You can reach the team at CAtoday@nytimes.com.

Sign up here to get this newsletter in your inbox.