Calls for a freeze on facial recognition technology use in pubs, bars and casinos 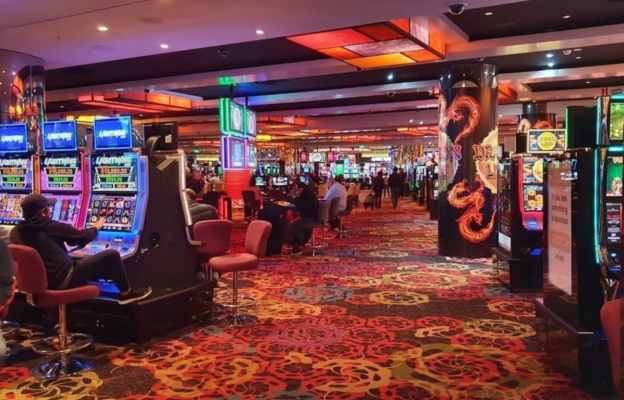 Crown Casino Melbourne is confirmed to have been using facial recognition technology in case of individuals who have broken their self-exclusion. Photo: AACASINO/Facebook

The use of Facial Recognition Technology (FRT) in certain bars, pubs and casinos in order to monitor customers and exclude those identified as addicts, has been uncovered. This prompted an outcry from human rights experts that the use of FRT is a violation of privacy laws.

This has caused two particular organisations, the Foundation for Alcohol Research and Education (FARE) and Alliance for Gambling Reform (AGR) to work together and seek out an immediate embargo on FRT usage in these venues, writing to every state and territory liquor and gambling body.

In the letter, they are requesting an explanation of the use of the FRT in the venues, along with the immediate freeze on the activity until investigations conducted by the Australian Information Commissioner and the Human Rights Commission have finished, along with the introduction of appropriate legislation.

“We are gravely concerned about the use of FRT to exclude, isolate, blame and punish people with dependencies, at the cost of other, more effective and system-wide responses,” the letter states.

“We are also concerned about the potential use of FRT data for targeted advertising of addictive products to individuals who are especially vulnerable to the harms that these products can cause.”

While concerns have been raised about the error rate of FRT, particularly in identifying people of colour, women and those with disabilities being wrongfully identified and therefore being banned from these venues, the National Institute of Standards and Technology (NIST) has concluded that the best FRT algorithm an error rate of 0.8%. However, this result is with the best conditions and the median error rate can be as high as 9.3%.

Reports from the media have indicated that currently, there are 15 venues in South Australia and two in the Australian Capital Territory that is using FRT. Crown Casino Melbourne utilises FRT in order to detect possible breaches in individuals who have self-excluded themselves.

CEO of Alliance for Gambling Reform, Carol Bennett and CEO of Foundation for Alcohol Research and Education, Caterina Giorgi have voiced their opposition to the use of FRT and believe an impartial body should monitor its usage.

“The gambling industry has a business model based on exploiting vulnerable people, there is no chance that they can be trusted to self-regulate this technology and unless it is independently regulated it will lead to more gambling harm,” Bennett said.

“We need to thoroughly scrutinise the use of this invasive technology and ensure that the right checks and balances are in place so that our communities aren’t taken advantage of and that their health and safety is prioritised,” Giorgi said.

Both organisations work towards minimising the damage of gambling and alcohol, helping struggling addicts and promoting education on the damages that overindulgence in these vices can have on families, friends and communities.

City Hub reached out to Liquor and Gambling NSW who stated that they are working with “industry stakeholders to consider how new technology can benefit businesses and customers and help reduce harms such as problem gambling.”

“Facial recognition technology has the potential to help prevent people who have self-excluded from playing gaming machines from entering venues,” a spokesperson for Liquor and Gambling NSW said.

“Any proposals to use facial recognition technology to support exclusions from licensed venues would need to comply with privacy laws.”

In June this year, it was uncovered by the consumer group CHOICE that Kmart, the Good Guys and Bunnings used FRT and referred them to the Office of the Australian Information Commissioner. Bunnings confirmed that they use it for theft and anti-social purposes.

CHOICE surveyed over 1,000 customers between March and April as a part of its investigation. The use of FRT without the knowledge of the Australian public had been deemed “completely inappropriate and unnecessary” by CHOICE consumer data advocate Kate Bower.

“To make matters worse, we found 76 per cent of Australians aren’t aware that retailers are capturing their unique facial features in this way,” she said to ABC.

“Using facial recognition technology in this way is similar to Kmart, Bunnings or The Good Guys collecting your fingerprints or DNA every time you shop. Businesses using invasive technologies to capture their customers’ sensitive biometric information is unethical and is a sure way to erode consumer trust.”