Can Republicans and Democrats Find a Way Forward on Immigration? 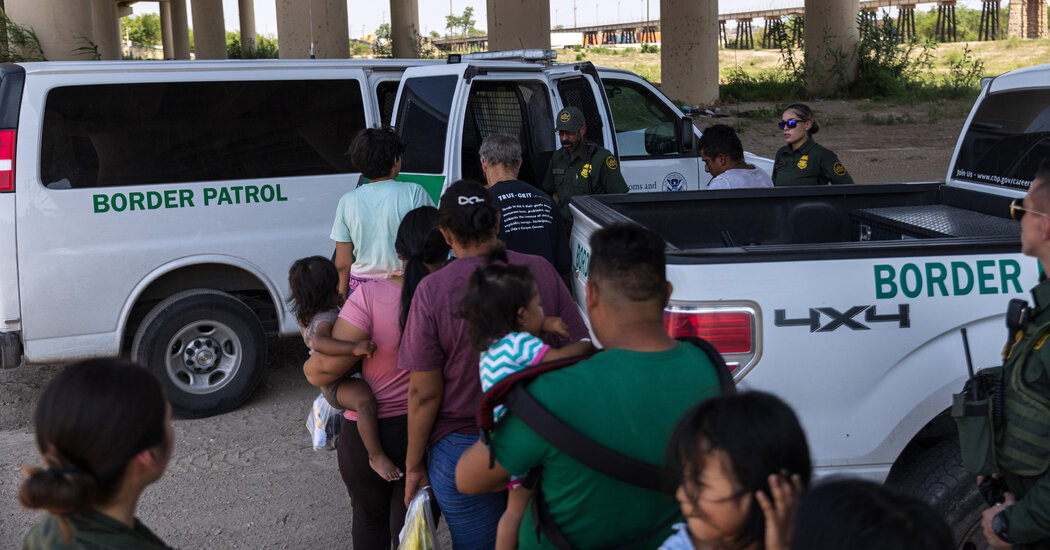 Democrats see little political advantage in talking about immigration during the campaign. But letting Republicans fill that void means the G.O.P. message is often the only narrative Americans hear about immigration.

In general, border and immigration policy are two of Mr. Biden’s least favorite issues to discuss, his staff has said, since it is an enormous challenge with no clear, quick solution. And there has been disagreement within the Biden administration over how to approach the border, with some aides supporting some of the restrictive policies of the last administration, according to two people familiar with the discussions.

But immigration advocates say if Mr. Biden is serious about protecting Dreamers and pursuing other immigration reforms, Democrats must start reclaiming the narrative on immigration with a positive message that resonates with voters.

“They’d better get on the messaging train,” said Beatriz Lopez, the chief political and communications officer with the advocacy group, Immigration Hub.

There are brighter messages on immigration for Democrats to talk about, Ms. Lopez said. Her organization has found that voters in battleground states largely agree on protecting the Dreamers. She said they also approve of what the Biden administration has done to reunite immigrant families who were separated during the Trump administration. And voters support efforts to crack down on international drug cartels.

Customs and Border Protection, for example, seized 14,700 pounds of fentanyl between October of last year and the end of September, which is more than five times the amount in 2019. About 80 percent of the fentanyl seized by the agency last year was done at ports of entry on the southwestern border.

“Democrats have an opportunity to lean in,” said Vanessa Cárdenas, executive director of America’s Voice, a pro-immigration group. “Talk about the fact that we can do big things, and get the ball rolling on affirmative positive immigration action, versus just playing into the right and talking about enforcement.”