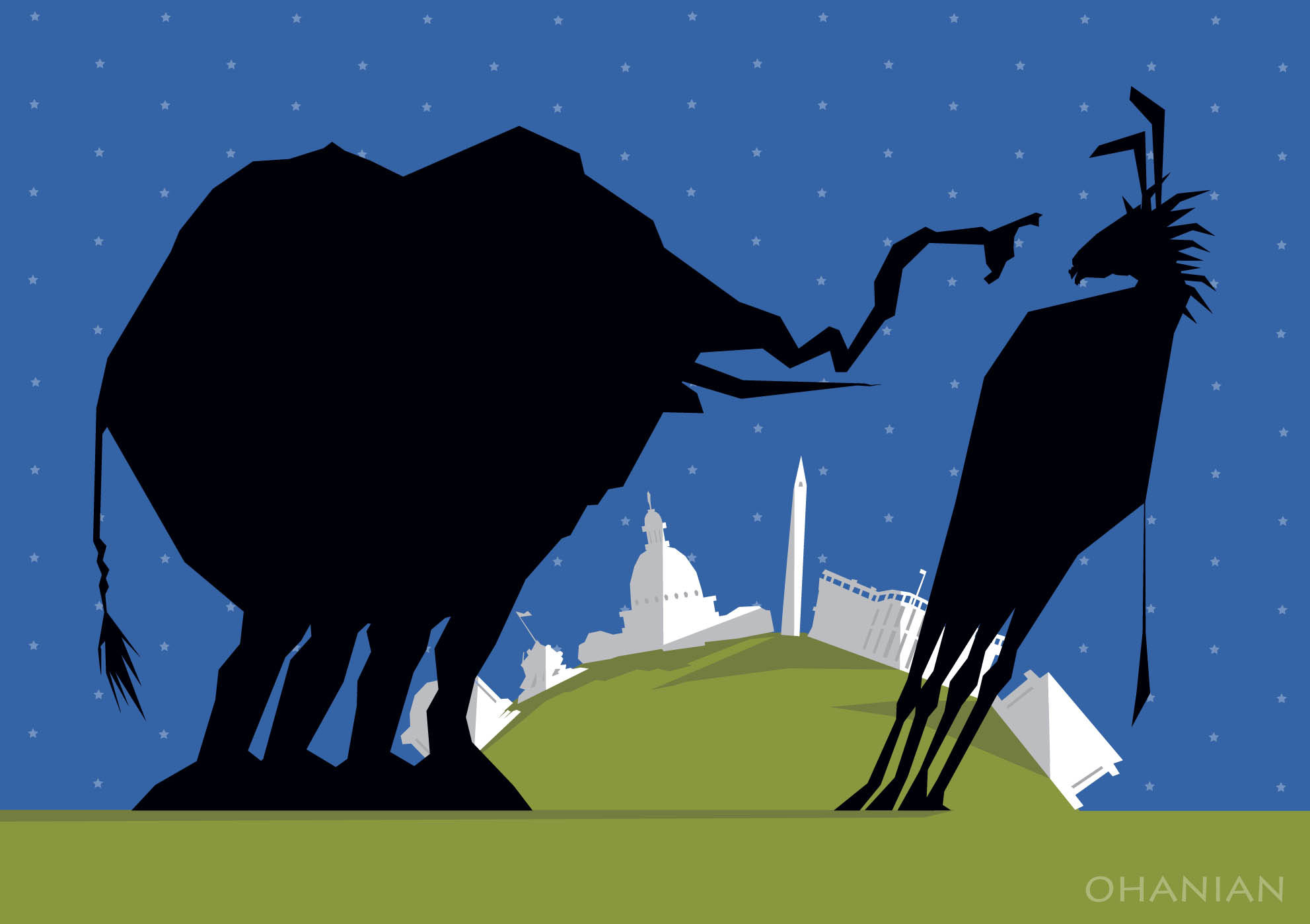 Let’s vote now and get it over with.

We know what’s going to happen. All of Connecticut’s major incumbents are going to win except maybe one. Lamont, Blumenthal, Larson, DeLauro, Courtney, Himes will keep their jobs but maybe not their office suites.

Members of our House delegation may turn back into pumpkins if the GOP reclaims the majority, launching a New McCarthy Era. We all remember what a barrel of laughs the first one was

The probability is high that Kevin McCarthy will become the new Speaker in 2023. This will result in major changes including impeachments of Joe Biden the way you’re supposed to get dental check-ups.

“We’d like to see you back here in about six months. Make an appointment with Mrs. Schicklgruber on the way out.”

Anthony Fauci will be hunted with crossbows by Proud Boys and Oath Keepers riding armored wolf-pigs.

The inmates — Jordan, Gosar, Boebert, Taylor Greene — will demand a chance to run the asylum. They’ll want committee chairmanships and leadership posts. They’ll want an investigation into which Capitol copy machines have been programmed by Chinese Communists to beam out brain lasers.

This did not have to happen, but the Democrats are not very good at electoral politics. Actually, neither are the Republicans. Often, when beholding the political landscape, I am reminded of the words attributed to Casey Stengel when managing the 1962 Mets. Can’t anybody here play this game?

McCarthy and other House GOP leaders have been floating the idea that they’ll refuse to raise the debt ceiling unless they’re allowed to hack away at Social Security, Medicare and the Affordable Care Act. (They’ll have to resort to brinksmanship because Biden’s whole existence will consist of being impeached and vetoing crazy bills. For more information, watch my YouTube video, “How a crazy bill becomes a crazy law.”)

There’s a chimpanzees-with-dynamite-sticks vibe to this whole scenario. Freezing the debt ceiling would stop payments — think veterans’ benefits and Social Security – that people count on. A protracted freeze would ripple out into the economy and cause chaos and crisis.

But letting them have their way with entitlements would violate a basic covenant with the American people.  I don’t know about you, but I’ve been making those FICA payments for 50 years with the expectation of getting something back when I can’t cut my own meat anymore. (Projected date for this: Wednesday.)

Allowing us a glimpse of these plans should constitute a massive blunder, but somehow it doesn’t, partly because the Democrats woke up to this reality about 45 minutes ago. For months they’ve believed they can win by clicking their heels together and saying, “There’s no place like home for an abortion.”

Watch what happens now in the Fightin’ Fifth where the polls say the race between incumbent Jahana Hayes and Republican challenger George Logan is as tight as a boiled owl. (I have no idea what that expression means.) No incumbent has lost a Connecticut House seat since 2008 when Jim Himes beat Chris Shays.

Logan is a decent sort, not the kind of guy who enjoys ripping checks out of the quivering hands of old ladies, but if Hayes and her people are smart, they’ll paint him as potentially the key that opens the locked ward and lets the cuckoos out.

Whether she does that or not, my spider sense tells me Hayes will lose a close race. She doesn’t seem like a highly skilled politician, and from the point of view of her immortal soul, that may be a good thing. The two most naturally talented politicians I’ve ever seen are Bill Clinton and John Rowland. Draw your own conclusions.

We may be living through the End of Policy. A quote that haunted me all week is from the political scientist Lilliana Mason. “When we’re voting, we’re not just voting for a set of policies but for what we think makes us Americans and who we are as a people. If our party loses the election, then all of these parts of us feel like losers.”

It’s so hard to know what motivates anybody in politics. This week I heard somebody describe McCarthy as the opposite of a true believer — more like the kind of guy who wants to be Speaker so they’ll name an airport in California after him.

Maybe the best we can hope for is that his airport won’t be full of Americans moving to Portugal.

Colin McEnroe’s column appears every Sunday, his newsletter comes out every Tuesday and you can hear his radio show every weekday on WNPR 90.5. Email him at colin@ctpublic.org. Sign up for his free newsletter at