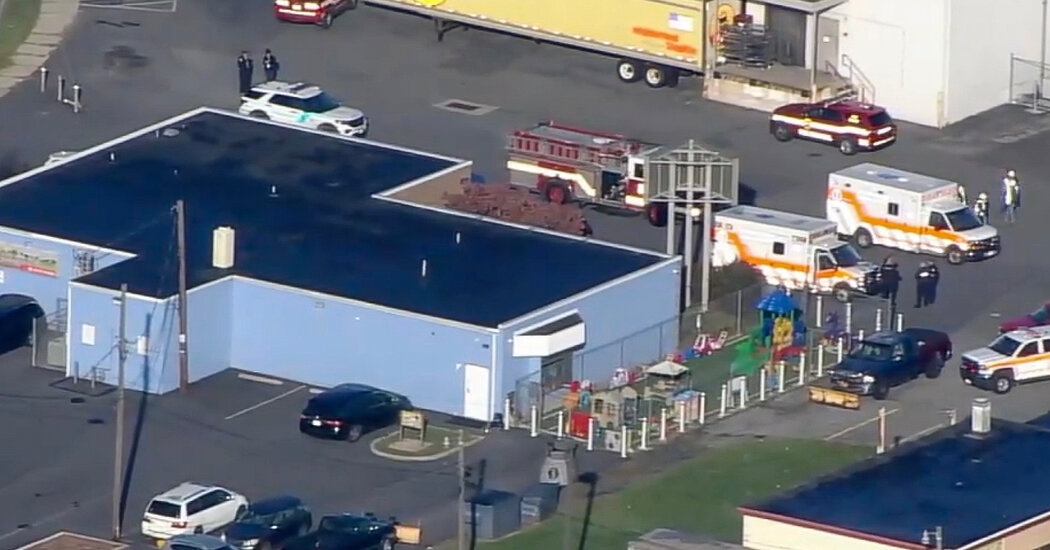 At least 27 people, most of them children, were taken to hospitals for treatment and were in stable condition after carbon monoxide was detected at a day care center in Allentown, Pa., a fire department official said on Tuesday.

Emergency workers went to the center, Happy Smiles Learning Center, at about 7:30 a.m. in response to a 911 call about an unconscious child, said Capt. John Christopher, a spokesman for the Allentown Fire Department.

When firefighters arrived, sensors on their gear alerted them to the presence of carbon monoxide, Captain Christopher said. Twenty-five children and eight adult employees were evacuated, but only 27 were taken for medical treatment, he said.

“That number will probably go up because, during this time, a few parents showed up and took their kids to the doctor on their own,” he said.

The source of the carbon monoxide was not immediately clear. A call to the Happy Smiles Learning Center was not answered on Tuesday.

Captain Christopher said that everyone was in stable condition, and that there was only one unconscious child. The others had different levels of exposure to carbon monoxide, which can cause dizziness, headaches and vomiting.

There is no state law that requires day care centers to have carbon monoxide detectors, but bills in the state House and Senate that would impose such a requirement are currently before health committees in each chamber.