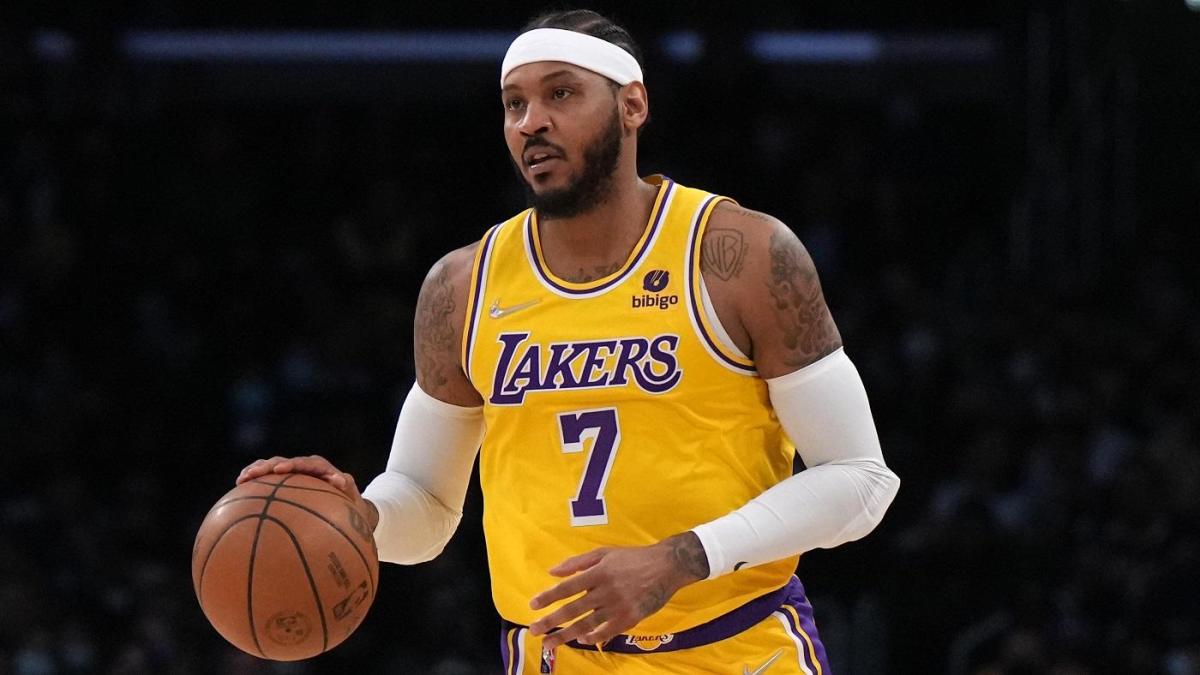 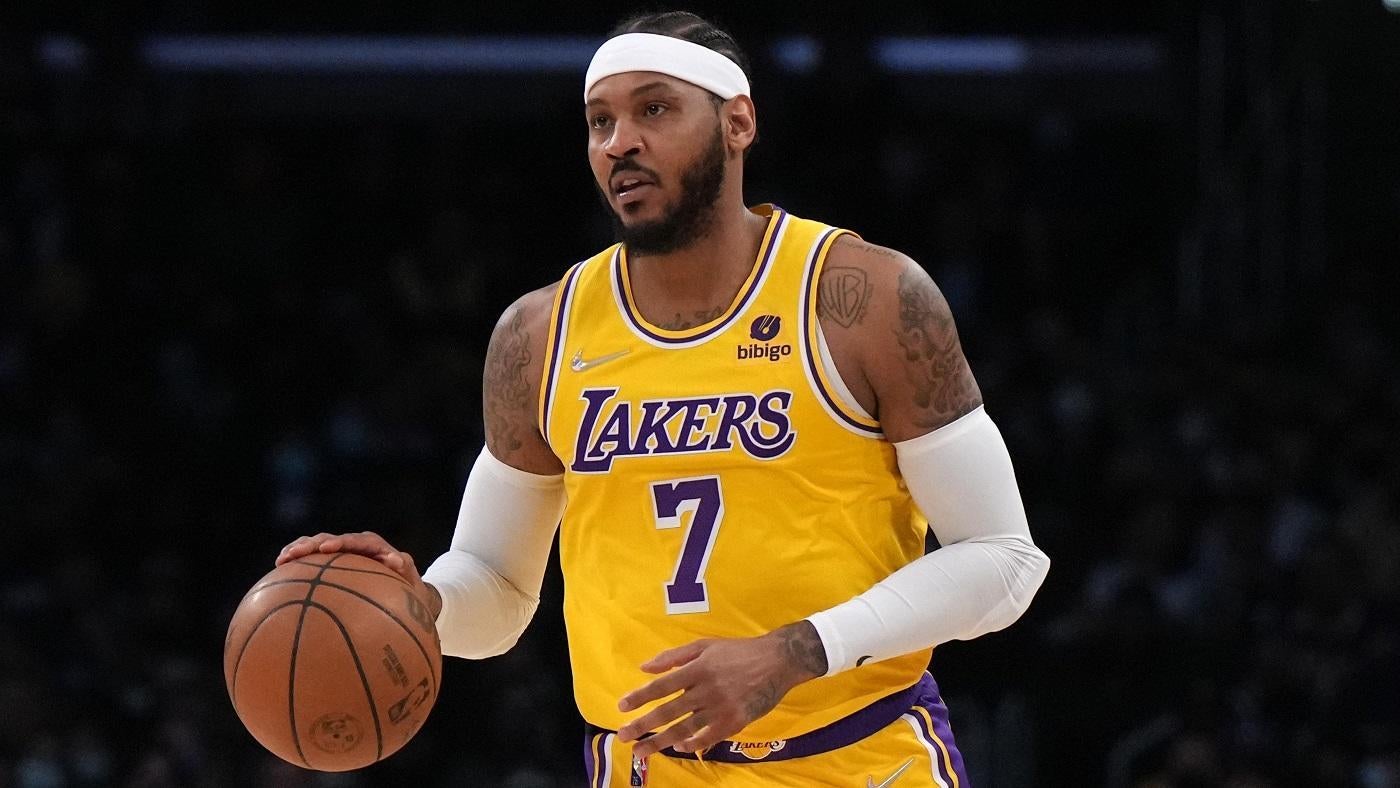 More than a decade ago, the Denver Nuggets traded Carmelo Anthony to the New York Knicks for a package headlined by Danilo Gallinari. That trade is probably the single biggest reason Anthony has never won an NBA championship. Putting aside New York’s inability to put a championship team around Anthony once they had him, they paid such a premium for his services that they lacked the assets to find him an adequate co-star on the trade market.

Anthony won just a single playoff series with the Knicks. He then bounced around to Oklahoma City, Houston, Portland and Los Angeles. Now, with training camp for what should be his 20th season still weeks away, he has yet to find a team.

He might not, but an opportunity has presented itself in a way equal parts tragic and poetic. Gallinari, also nearing the end of his decorated career, tore his ACL while playing for the Italian National Team ahead of what would have been his debut season as a member of the Boston Celtics. Gallinari signed with Boston in part because the Celtics represented his best chance at that elusive title. Now there’s a hole in Boston’s rotation, and September free agency isn’t exactly chock full of players capable of filling it.

Concerns about Anthony tend to revolve around two deficiencies: defense and shot-selection. Yet on both fronts, the numbers actually favor Anthony slightly. While both he and Gallinari were extremely poor defenders last season, the major defensive metrics were fairly split on which of them was actually worse.

Both are largely immobile at this stage of their careers, but Anthony has very quick hands that translated to more deflections (1.6 vs. 1.3), steals (0.9 vs. 0.6) and blocks (1 vs. 0.3) per 36 minutes last season. Both are disastrous pick-and-roll defenders in their 30s, but if the Celtics were willing to make schematic allowances for Gallinari, there’s little reason to believe they wouldn’t be able to do the same for Anthony.

The offensive fit would be even easier. For all of the fear Anthony’s shot-selection has induced in possible employers over the past several years, he’s largely evolved into exactly the sort of high-efficiency shot-taker the NBA has always wanted. In fact, in the earlier stages of last season, his shot profile even compared favorably to that of his mythic Olympic self. Below is a breakdown of what percentage of their field goal attempts were taken in the paint, in the mid-range and from behind the arc last season.

Gallinari gets to the rim a bit more often, and as such, had a slightly higher free-throw rate (26.1 percent vs. 22 percent). Anthony took a few more triples. Overall, the shot profiles are remarkably similar. Stylistically speaking, you’d be hard-pressed to find a player in all of basketball that played more similarly to Gallinari last season than Anthony… and he’s available on the open market for a minimum salary.

Yet the Celtics eagerly signed Gallinari for the mid-level exception this offseason seemingly without pursuing Anthony at a more reasonable price. The obvious explanation for that is their locker room. Gallinari has never been a superstar. He’s a relatively low-maintenance personality.

Anthony is fairly new to being a role player. The last two seasons were the first two of his career in which he was comfortable as a full-time reserve. His role in Boston would likely be even smaller than in it was in Portland and Los Angeles. His job would be to soak up regular-season minutes and shots so Jayson Tatum and Jaylen Brown could rest more frequently. In all likelihood, his defensive weaknesses would prevent him from seeing more than spot duty in the postseason. The same was almost certainly going to be true of Gallinari before his injury.

Teams typically prefer long-term role players to former stars for such roles, but injuries can force their hand. Anthony’s former teammate, Dwight Howard, benefitted from a similar situation playing out in Los Angeles a few years ago. He was drawing limited interest on the market after an injury-plagued season with the Washington Wizards, but the Lakers were desperate after DeMarcus Cousins suffered a season-ending injury. Howard, sensing it would likely be his last chance to contribute to a winner, was on his best behavior all season and wound up becoming a key part of their 2020 championship run.

Anthony could do the same for Boston. To this point, the Celtics do not appear desperate to fill Gallinari’s slot in their projected rotation. Perhaps someone will earn it at training camp. But there’s a future Hall of Famer looking for a job likely better equipped to do that specific job than anyone else in their building, and if they’re willing to give him a look, he could be exactly what they need after losing Gallinari for the season.