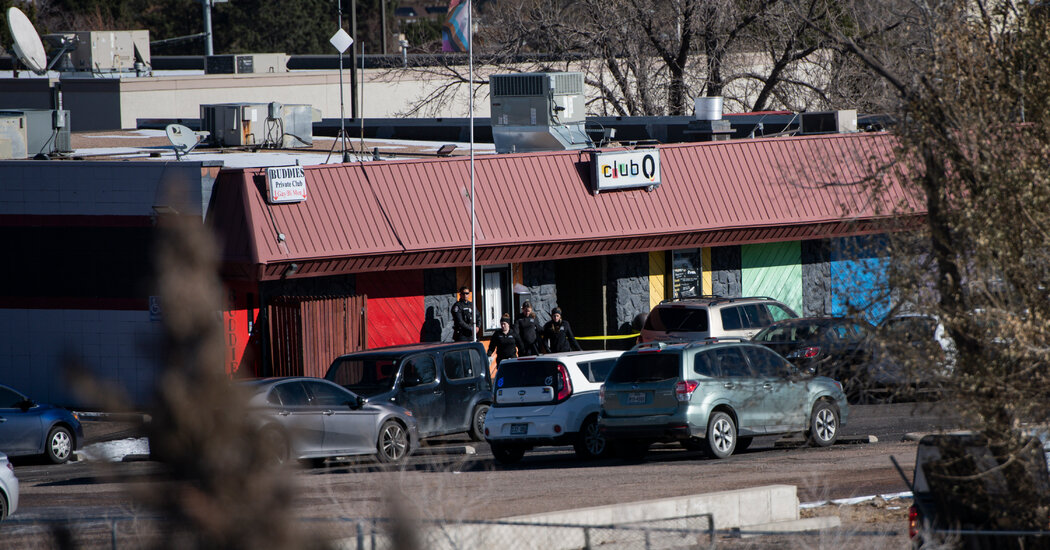 The fire department radios in Colorado Springs were mostly quiet as Saturday night was fading into Sunday morning. Then, right around midnight, the call came in.

“This will be a command four, active shooter,” a male voice said over the dispatch channel. He continued: “3430 N. Academy Blvd. Club Q. Active shooter. All units respond.”

Emergency dispatch audio, archived by Broadcastify, showed how a mass mobilization of ambulances and fire trucks came together early Sunday after a gunman opened fire at the L.G.B.T.Q. nightclub. As the victim count steadily increased, and dispatchers scrambled to find ambulances to carry the wounded, the horror of what had just happened started to become clear: At least five people were dead and 25 injured.

Minutes after the first call went out, someone on a fire engine asked over the radio if dispatchers knew the number of victims. A man responded that they were on the phone with a victim and said, “We are getting reports of four to seven possibly injured.”

He said two ambulances from a private company were heading to the club, along with several police units. He added: “No indication a suspect has been detained yet.”

Not long after, as fire crews were arriving at the scene, medics were told they were clear to enter the building — a directive that the fire chief, Randy Royal, later said was given immediately after the gunman was subdued.

All the while, the scope of the crisis continued to grow.

“Reports of 10 people shot, which makes it a mass casualty,” a man said over the radio. “Seven ambulances. We’ll let you determine how many more fire apparatuses you need.”

Firefighters and paramedics relayed grim accounts of the scene: “We have one gunshot, through and through,” one person said. Another said there “are at least four patients that we’ve found.” An incident commander directed some responders to a “casualty collection point.”

Firefighters and dispatchers were composed and matter-of-fact in their radio discussions, but the transmissions also describe complications caused by vehicles blocking the road and a sprawling crime scene. At one point, a commander at the scene directed an ambulance to a nearby 7-Eleven convenience store where a victim with seven gunshot wounds was being treated.

As the search continued, the casualty count continued to climb. Dispatchers contacted hospitals, which had activated their trauma teams, to make sure they had enough room. Commanders gave a mix of parking advice and medical instructions to the ambulances racing to the scene.

“At this point, I’ll give you an approximate number of 12, one-two, victims, that’s obviously tentative at this time,” a man said in one transmission. “We do have multiple criticals.”

After roughly 40 hectic minutes, as ambulances set off for hospitals, someone asked for a count of remaining victims. A man responded that he believed everyone was out of the building.

“We have nobody in the casualty collection point,” he said, “so we believe everyone is accounted for.”